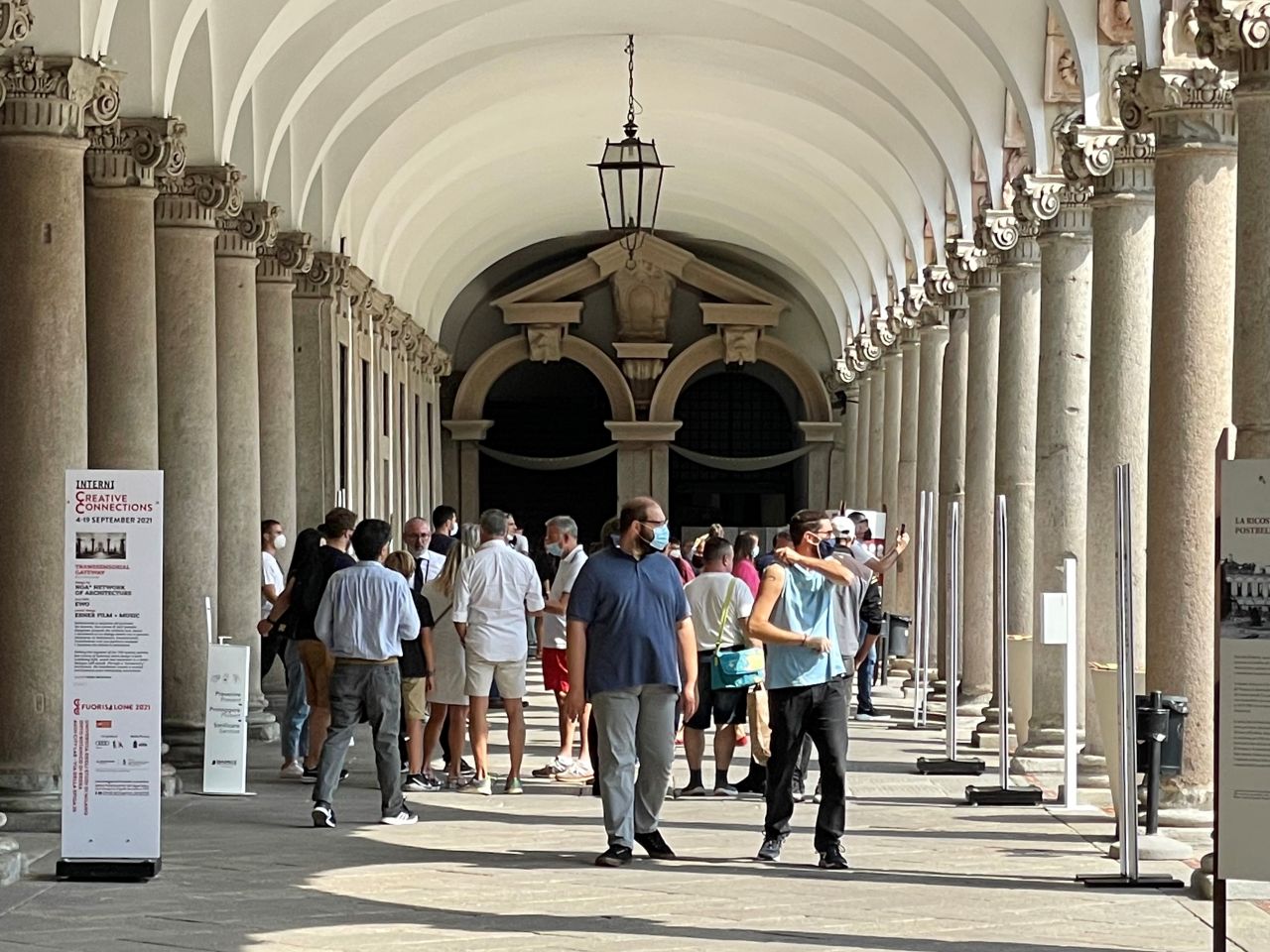 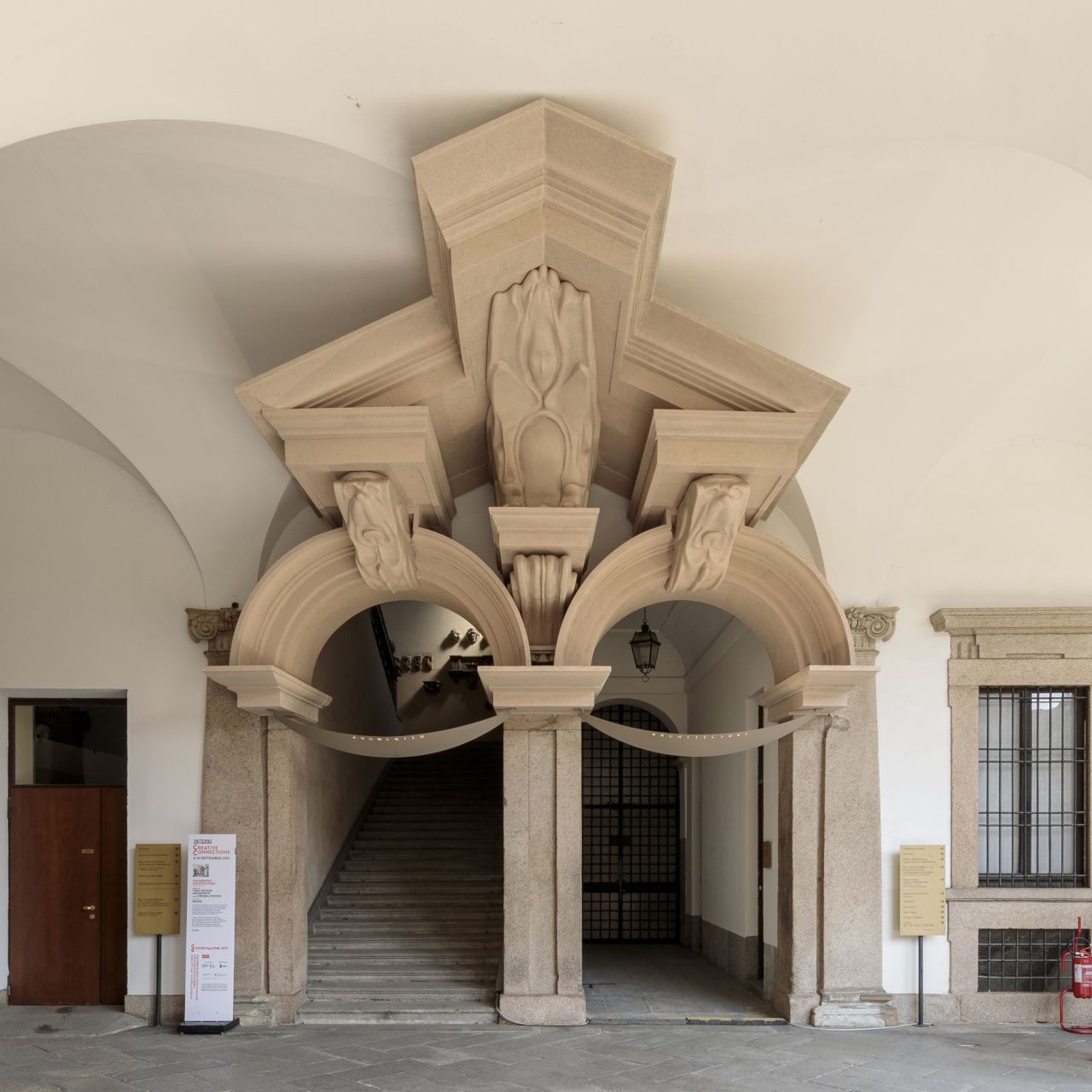 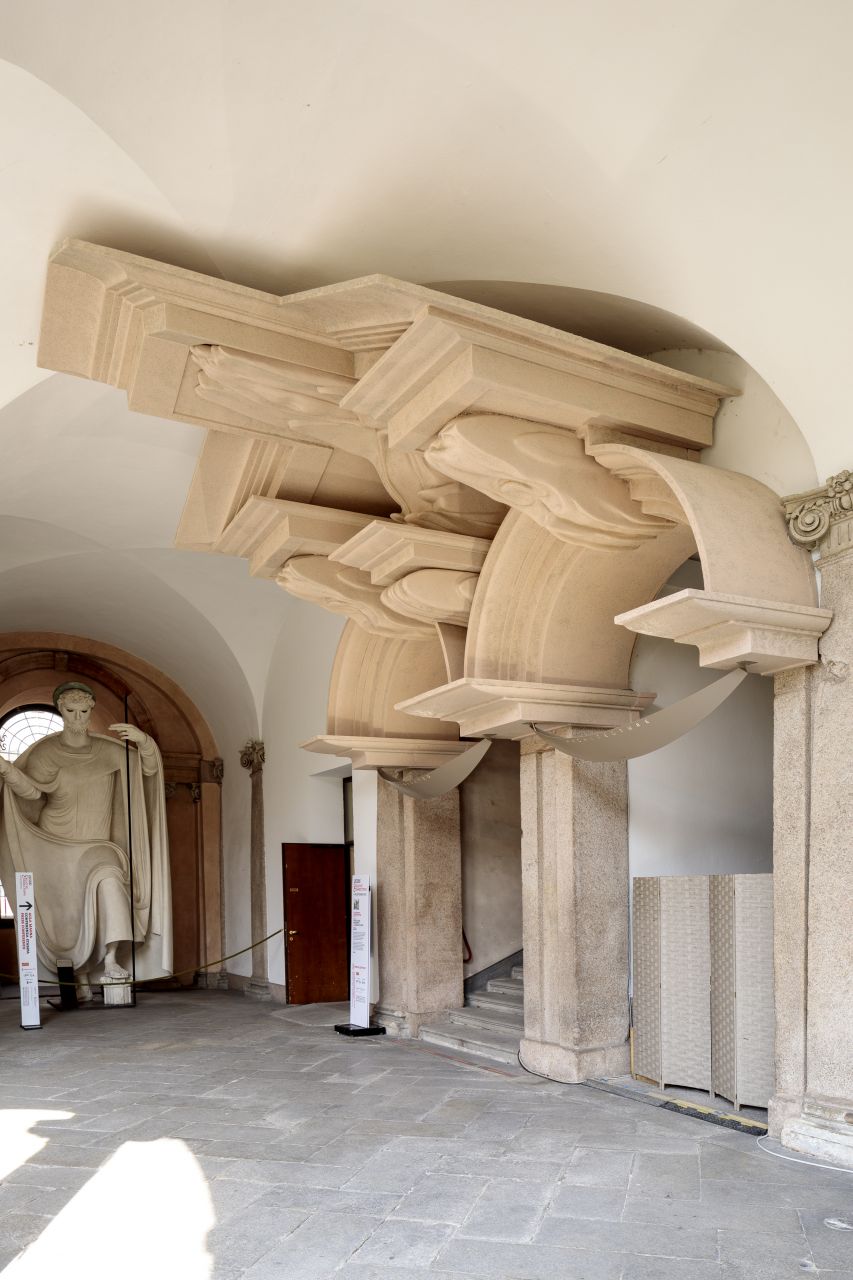 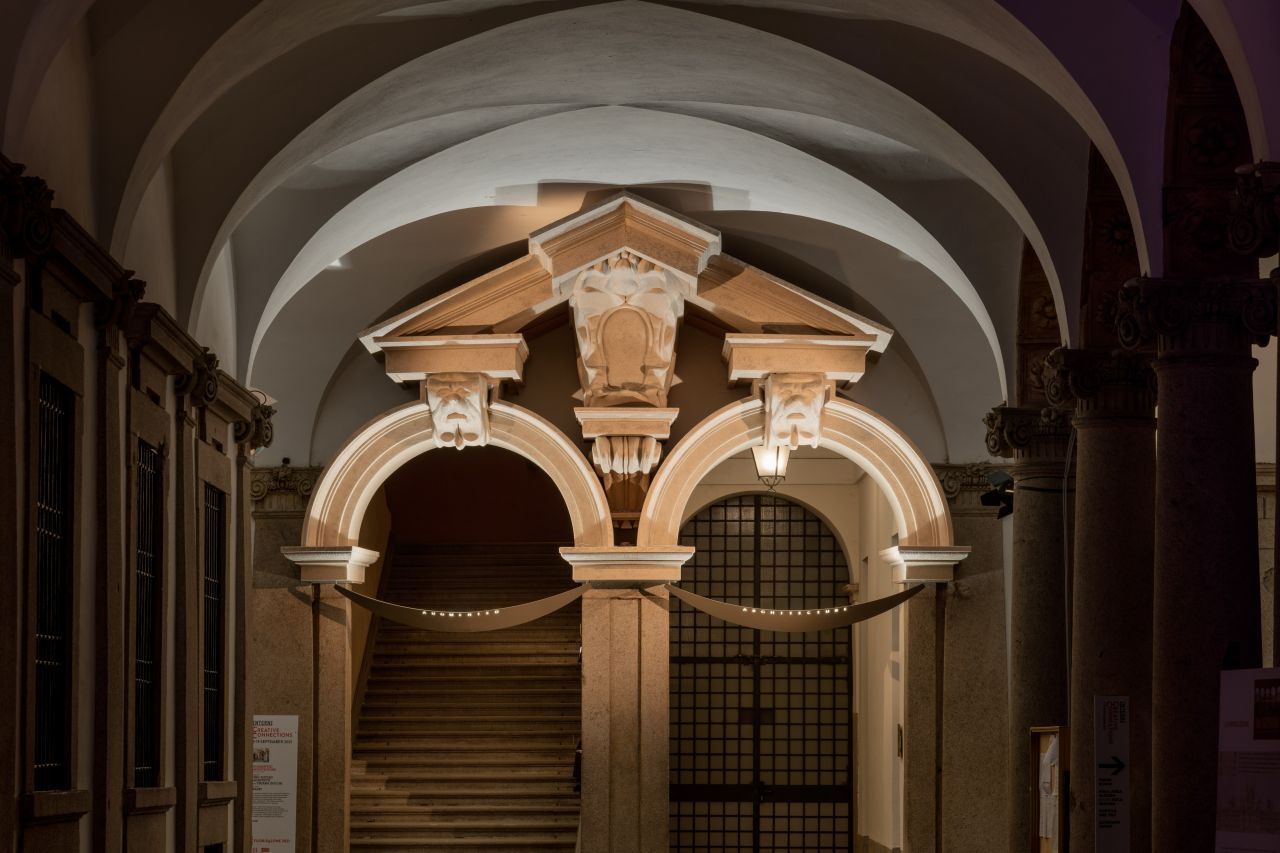 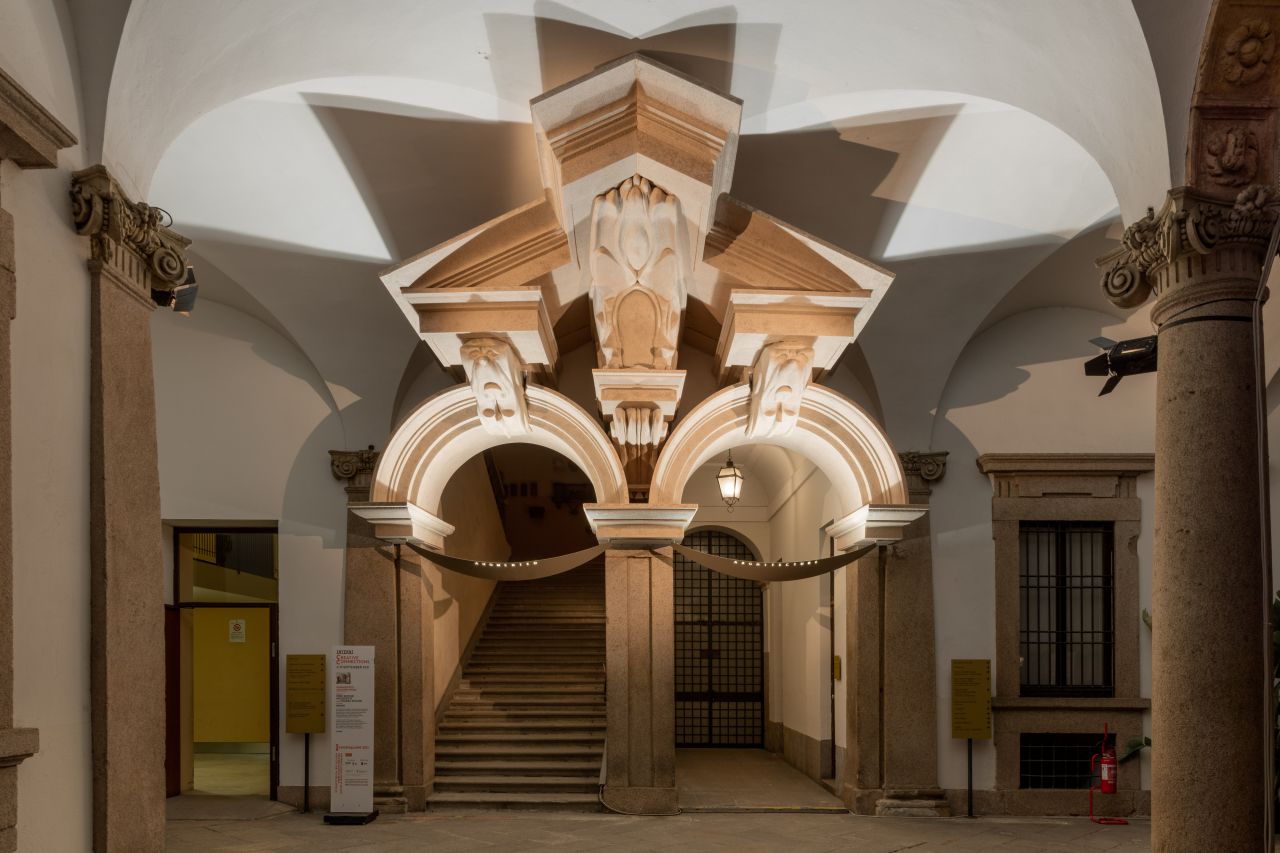 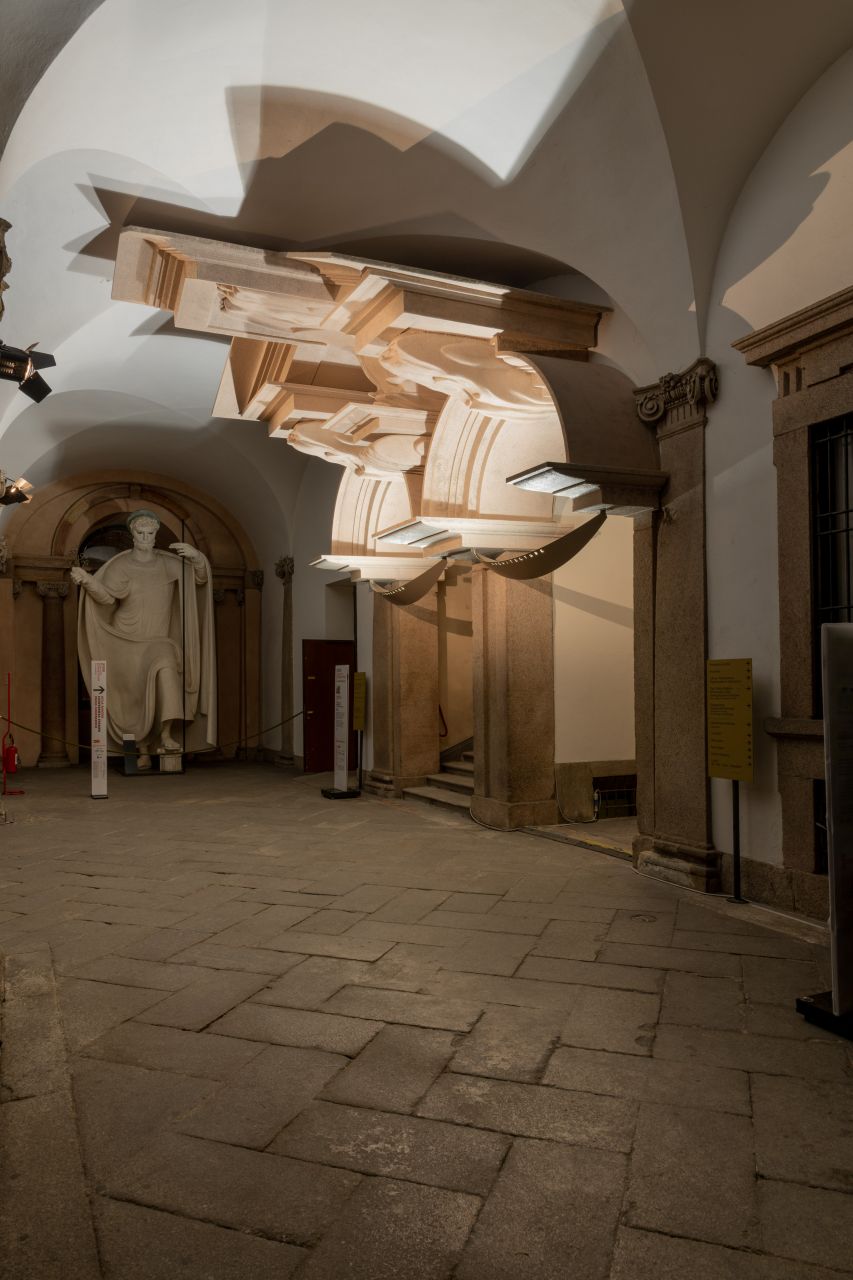 The installation “Augmented Architecture” consists of an element as simple as it is figuratively effective: a large resin ‘mask’ which is the reproduction of the upper part of the existing portal in the seventeenth-century Richini courtyard of the former Ospedale Maggiore in Milan, enlarged only six times along the horizontal axis.
The result of this ‘explosion of form’ under the vaults of the portico amplifies the details of the baroque moldings and sculptures through their significant deformation. The installation thus interprets the specific and inimitable characters of a place and a company both of great character, seeking a temporary intersection between their stories and current realities.
In fact, Mapei products do not have their own shape, but rather act as elements of union between the parts of existing artifacts or their enhancement and restoration through protective, chromatic or insulating interventions. Observation of the existing, experimental research and continuous verification of the results are in fact the elements that underpin the values ​​of Mapei in line with the most recent trends in the project.
On the occasion of a Fuorisalone that attracts an increasingly attentive and committed public, an element of the profound history of Milan thus becomes – through digital scanning and cutting-edge production technologies – a contemporary form capable of communicating Mapei’s commitment to creation and conservation. of the human and natural environment by increasingly enhancing the concepts of durability, recovery and environmental sustainability.