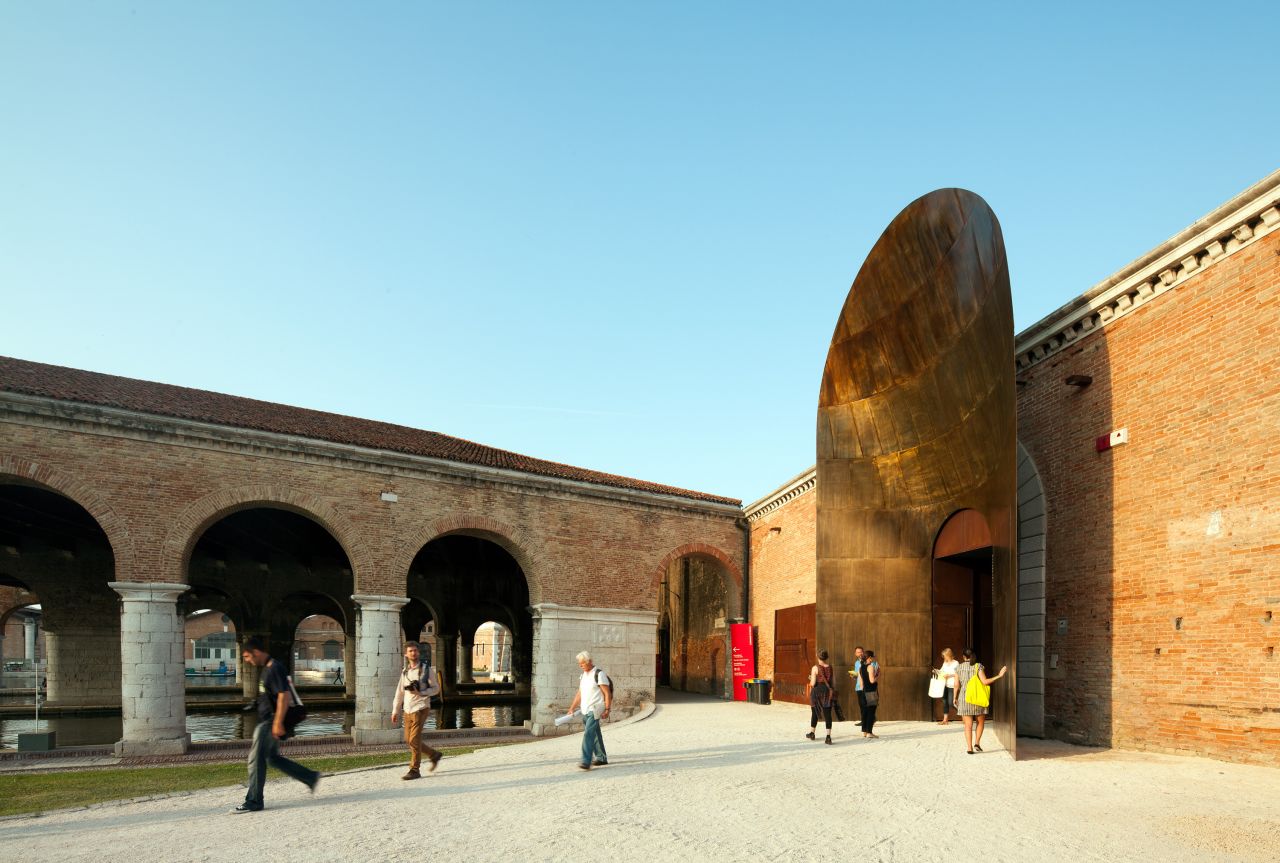 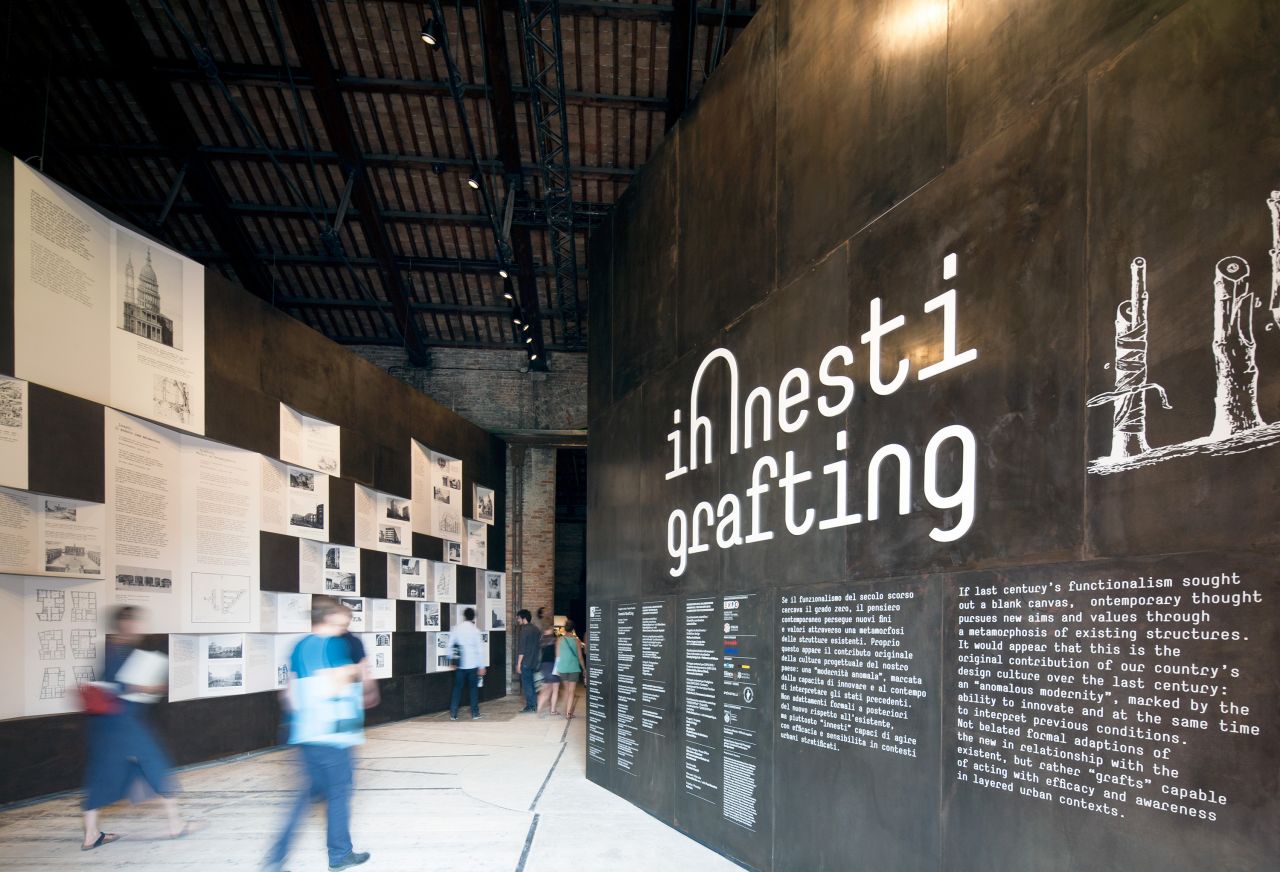 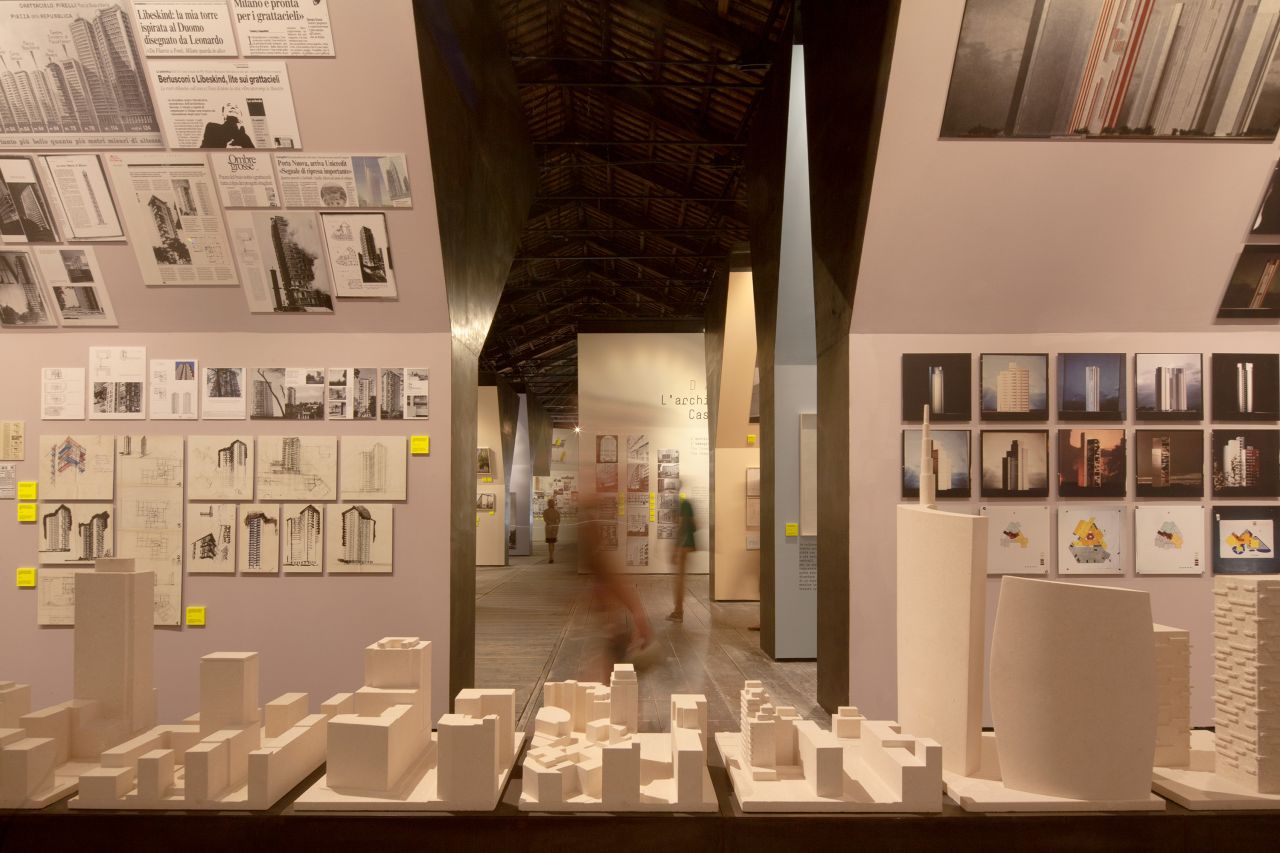 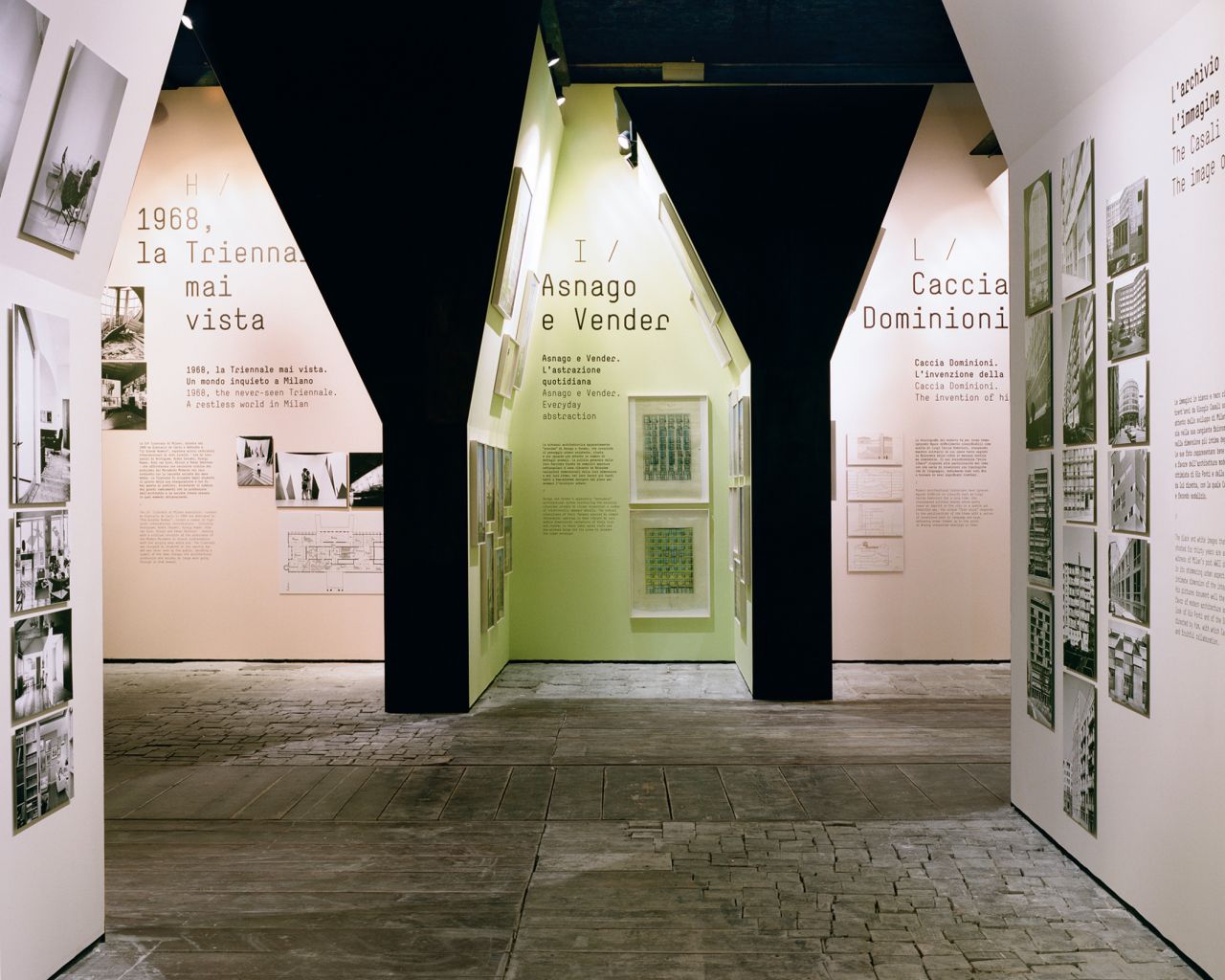 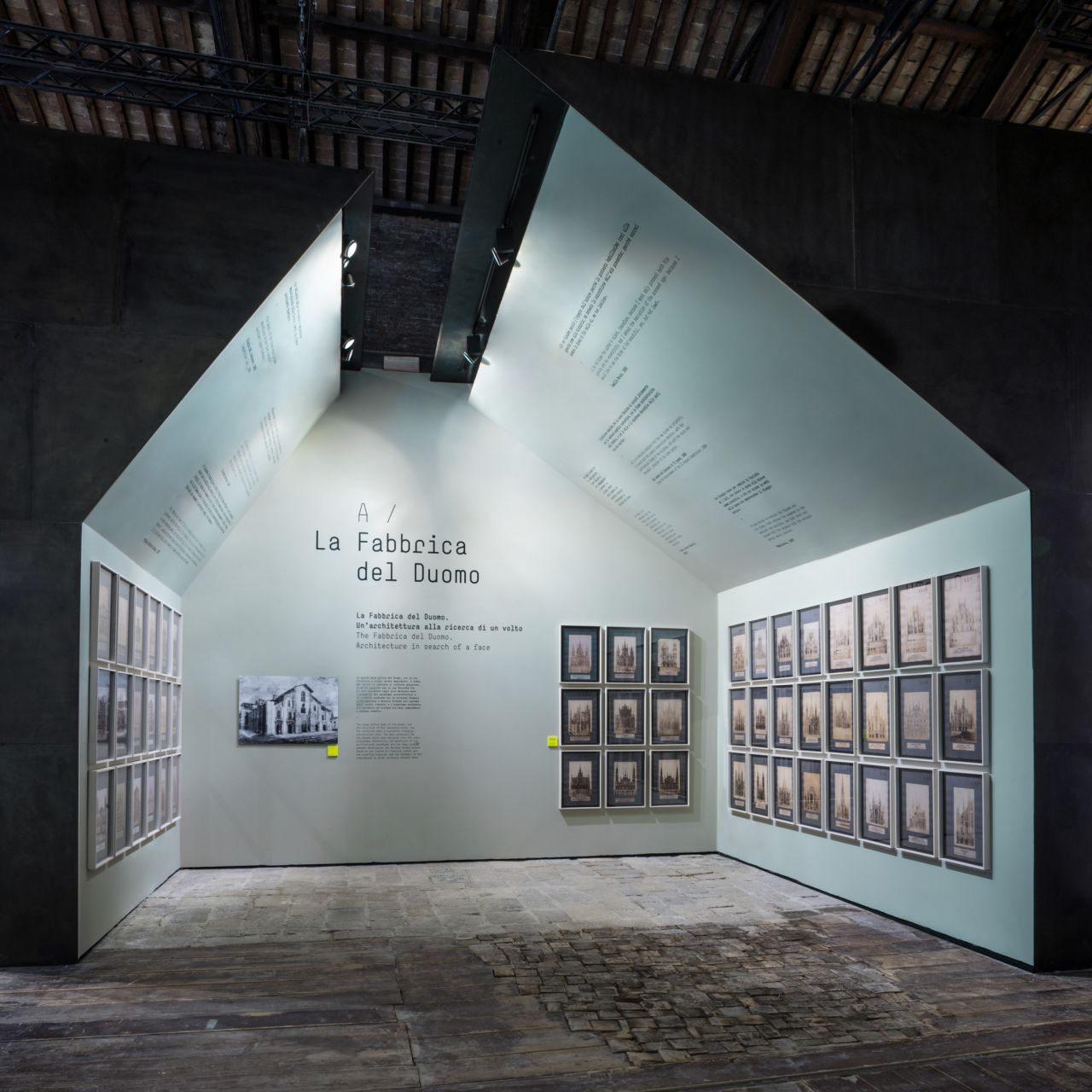 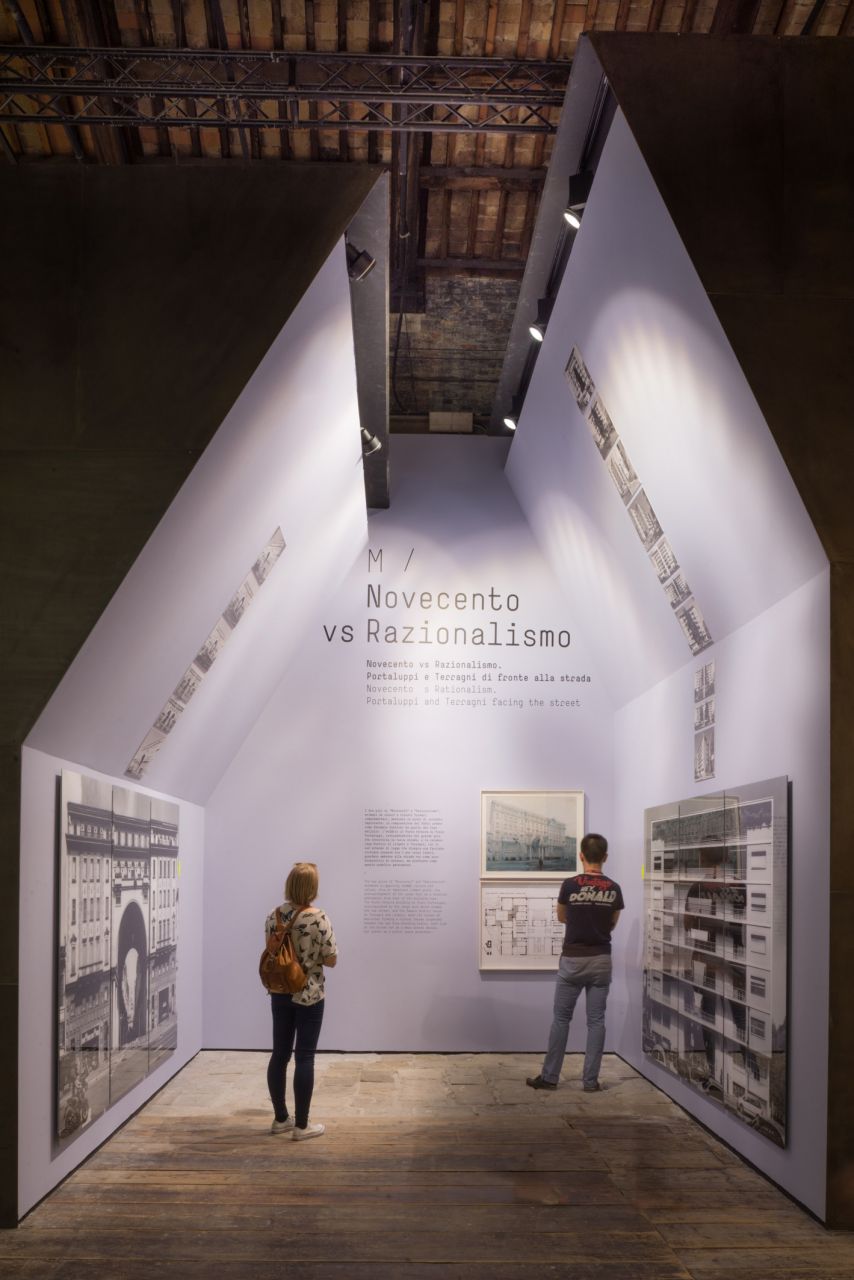 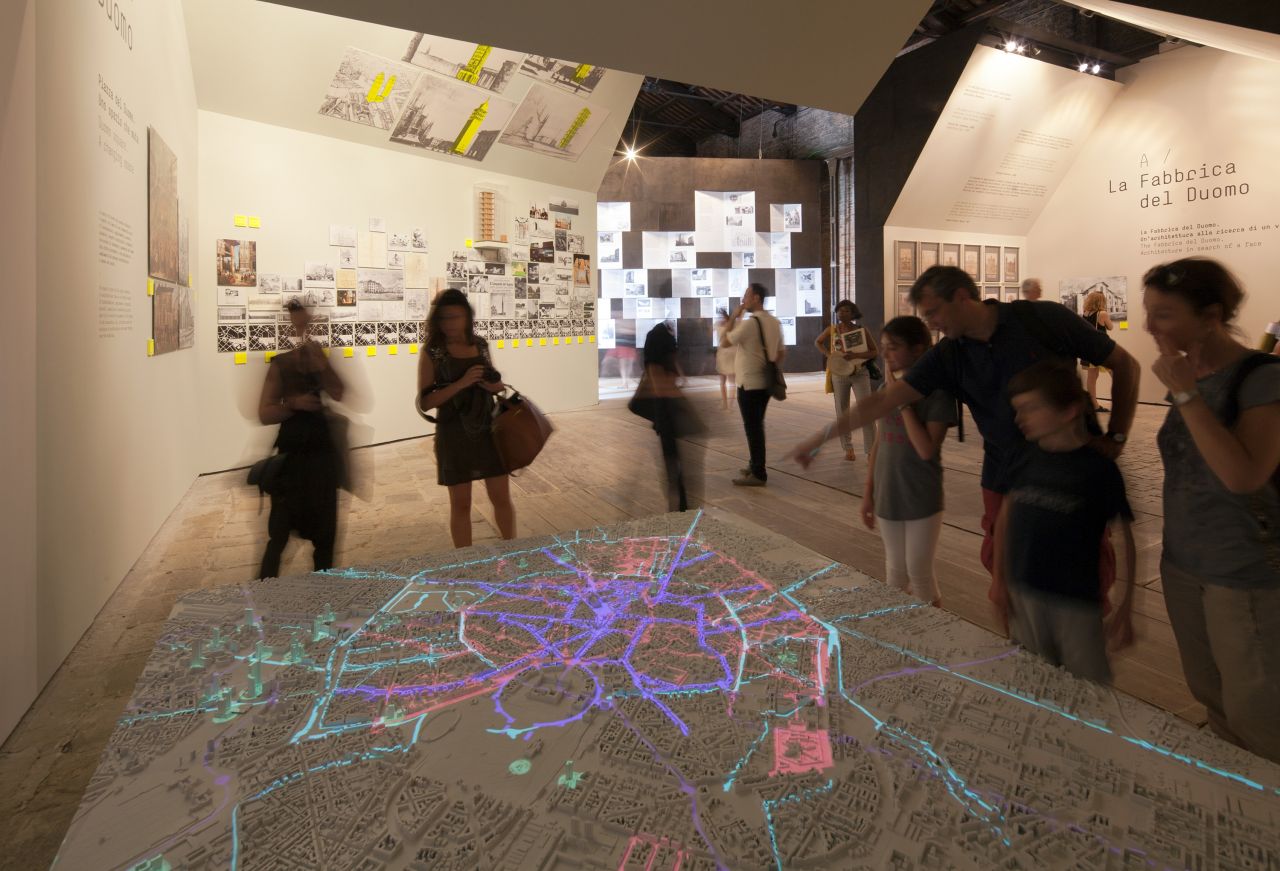 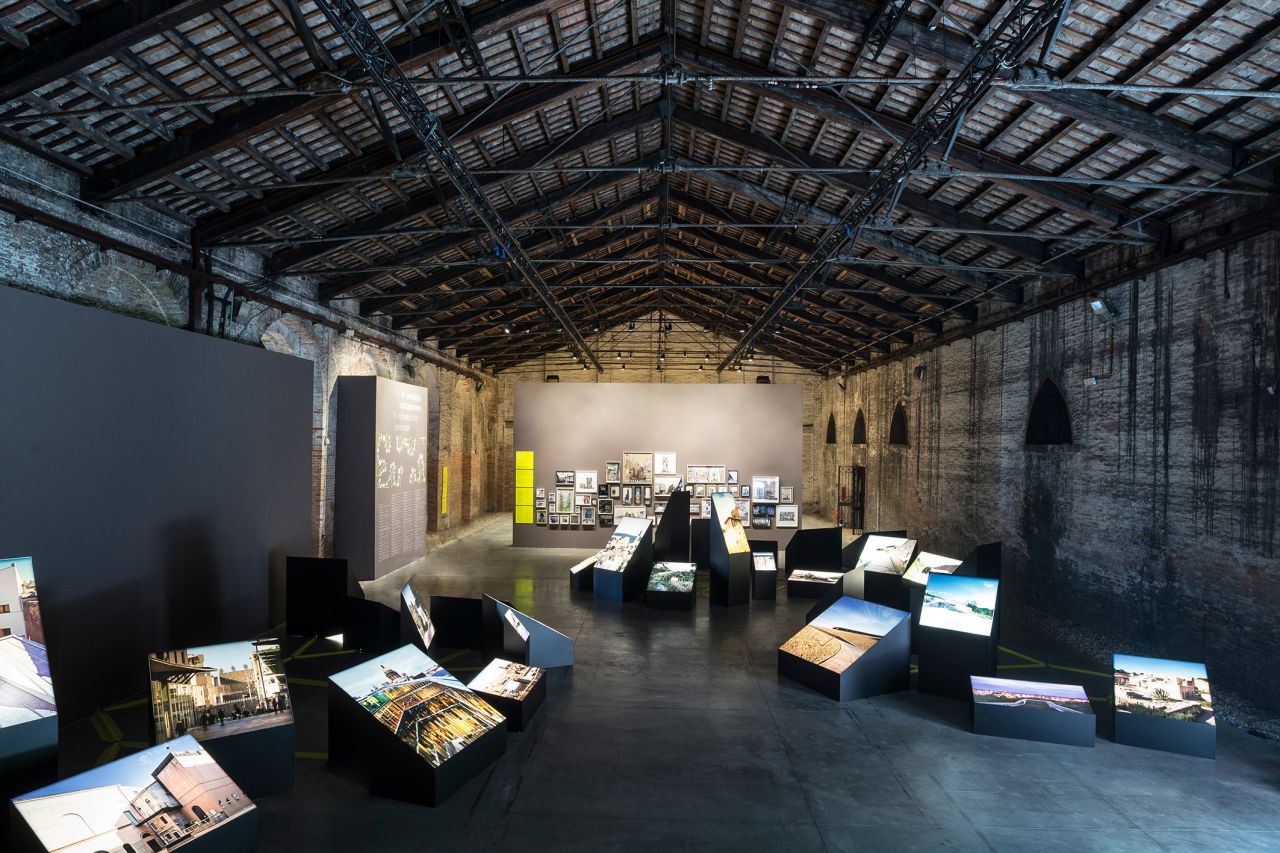 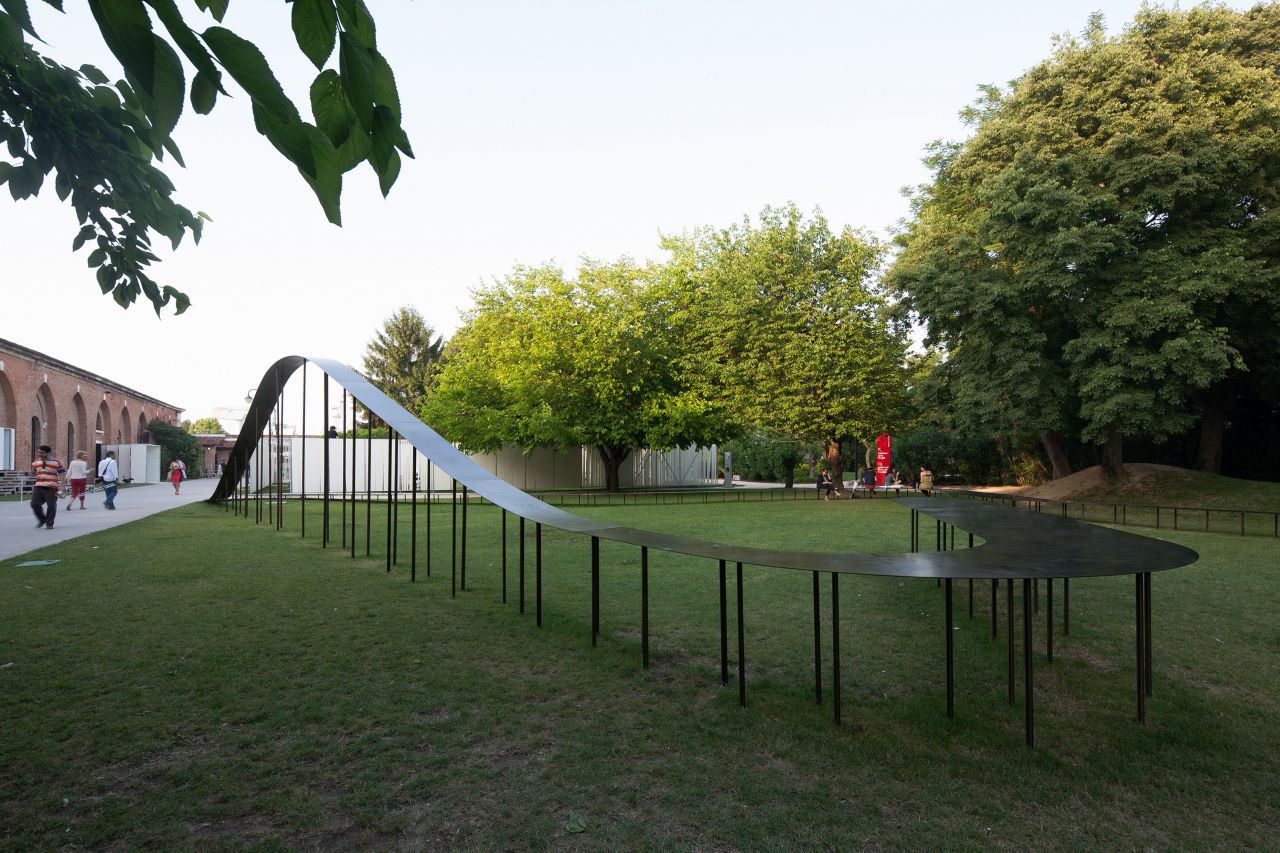 The Italian architectonic culture has always had to deal with the presence of urban and local environments with complex structures, where the new action is only a new layer in a larger setting. The Italian Pavilion for the 14th Biennale di Venezia attempts to show the metamorphosis through the new.

Modern projects have often pursued an autonomous organism generated by a simple functional plan potentially reproducible in many examples; but the Italian architectonic culture has always had to deal with the presence of urban and local environments with complex structures, where the new action is only a new layer in a larger setting.

If the concept of “contextualism” evokes the idea of a simple formal adaptation of the new to the existing customs in order to make them more acceptable, a “graft” implies a gash made in the hosting organism, but also a profound awareness of its physiology.
The “Monditalia” section created by Rem Koolhaas for the Arsenale, with its acute and idiosyncratic reading, definitively deconstructs the postcard image that the bel paese has accumulated over the centuries and that has ended up hiding its contradictory and manifold reality.

The Italian Pavilion examines the efforts of the design culture of the last century to operate on this fragmentary landscape in an “edifying” manner, grafting gems of great modernity in the interstices that separate preceding layers.
The Italy of this last century has pursued moments of great technical and formal innovation, often facing them with the awareness of the responsibility that derived from it. The past is therefore not just a value to preserve, but also a live element that constitutes the background of our everyday lives along with the new environments that we build and transform each day to meet new needs.

EXPO Milano 2015. A laboratory for the environment

Events that pass through the centuries like that of the uncompleted projects for the façade of the Duomo or those of the growth of the large structure of the Ospedale Maggiore, others which are more related to traumatic incidents – like the renovation of the center after the bombings of 1943, or the “occupied” Triennale in 1968 –show a city that has grown “by occasion” rather than due to long-term planning.

More than looking at the modern architects who have created the essence of the contemporary city – including Piero Portaluppi, Giuseppe Terragni, Gio Ponti, Piero Bottoni, Ignazio Gardella, BBPR, Asnago e Vender, Gigi Caccia Dominioni and many others – the exhibit looks at the issue of the placement of new buildings seeking modern living conditions within the existing urban fabric, reread through documents of the era and the interpretation of contemporary photographers.

In the dim light of the existing room, large prisms of various shapes and profiles replace the backlit images of contemporary projects integrated in various settings, which together will give life to a shimmering and unexpected backdrop. Rather than describe the projects on display, the installation puts together a large collage of the variety of our country’s urban conditions and landscape, and the various individual answers to the common theme of the relationship between the planned episodic nature of individual interventions and the collective construction of the area.

On one of the walls of the second room, there will be a large “picture gallery” of physical and digital collages created by Italian architects from the younger generations on the theme of grafting; abstract reflections, at times provocative, which document the prolific and continuous discussion on the disciplinary methods and the relationship between historicity and contemporaneity.

Inhabited Landscapes. Life adapts to spaces which adapt to life

With the support of the influential architecture and design webzine Designboom, the Italian Pavilion invited the general public, students and videomakers to submit short fixed-camera videos related to public spaces, such as populated or abandoned old centers, modern malls, venues that become alive on the occasion of particular events. A selection of the 300 submitted clips brings to life a large “animated mosaic” reinterpreted and arranged by Studio Azzurro in order to portray the extreme diversity of the Italian landscape and the lives it hosts.

Postcards from the world

Near the exit towards the garden, a large table-distributor contains eighteen postcards that represent just as concise “readings” of Italian modernity by important architects from around the world (from Steven Holl to Juan Navarro Baldeweg, from Dominique Perrault to Peter Wilson and many others) who have in some way intersected Italian culture in their work or in their theoretical reflections.

Outside. The Virgins’ ribbon 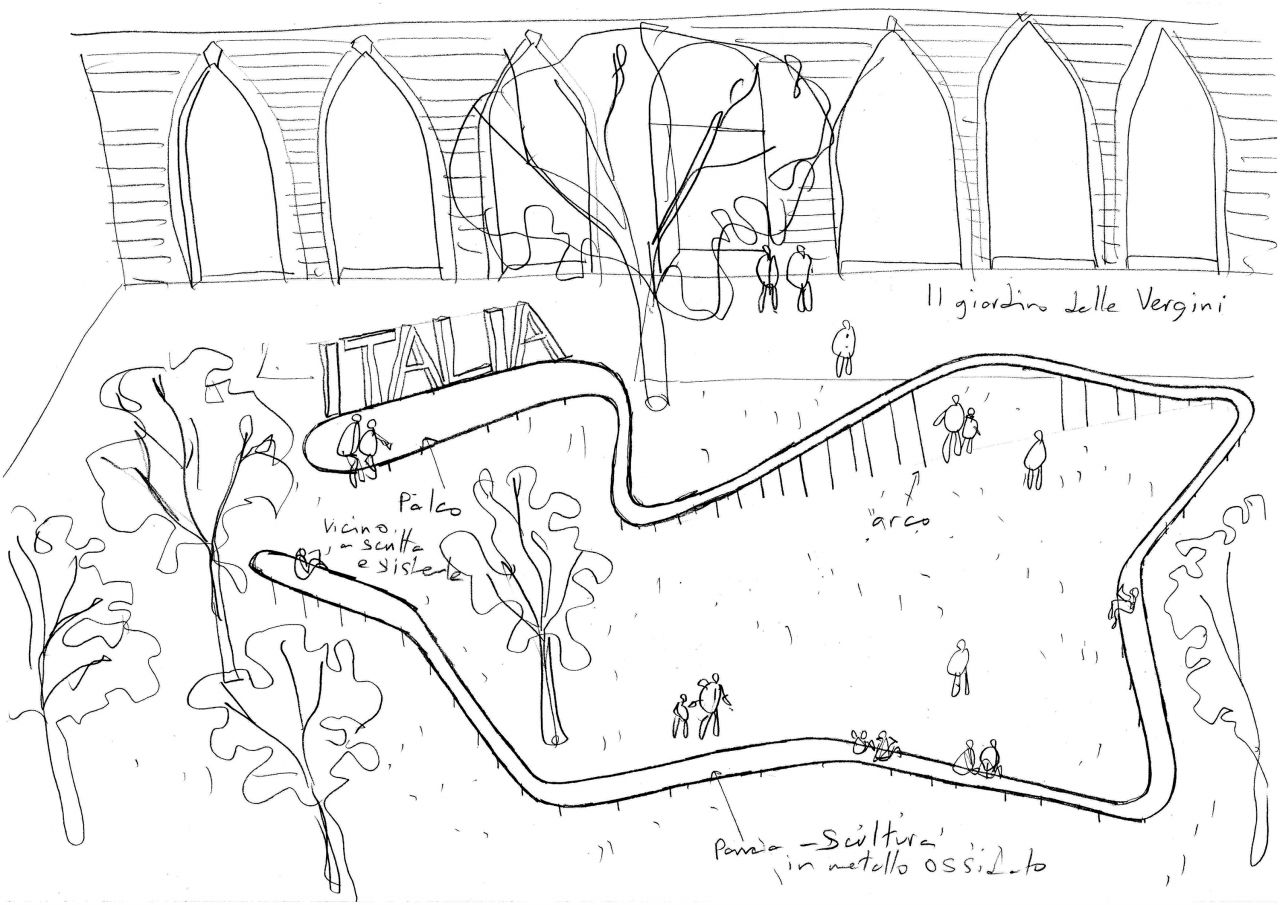 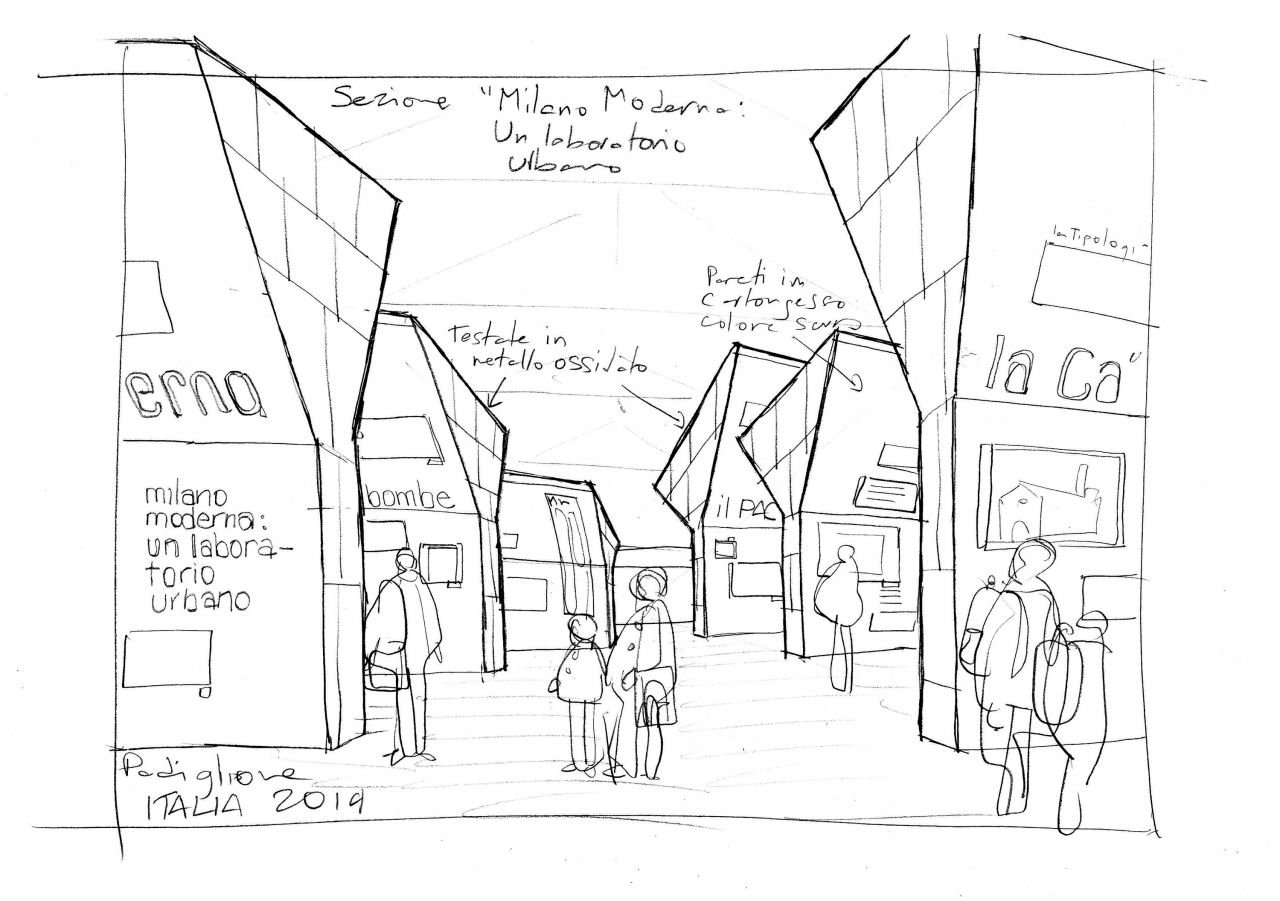 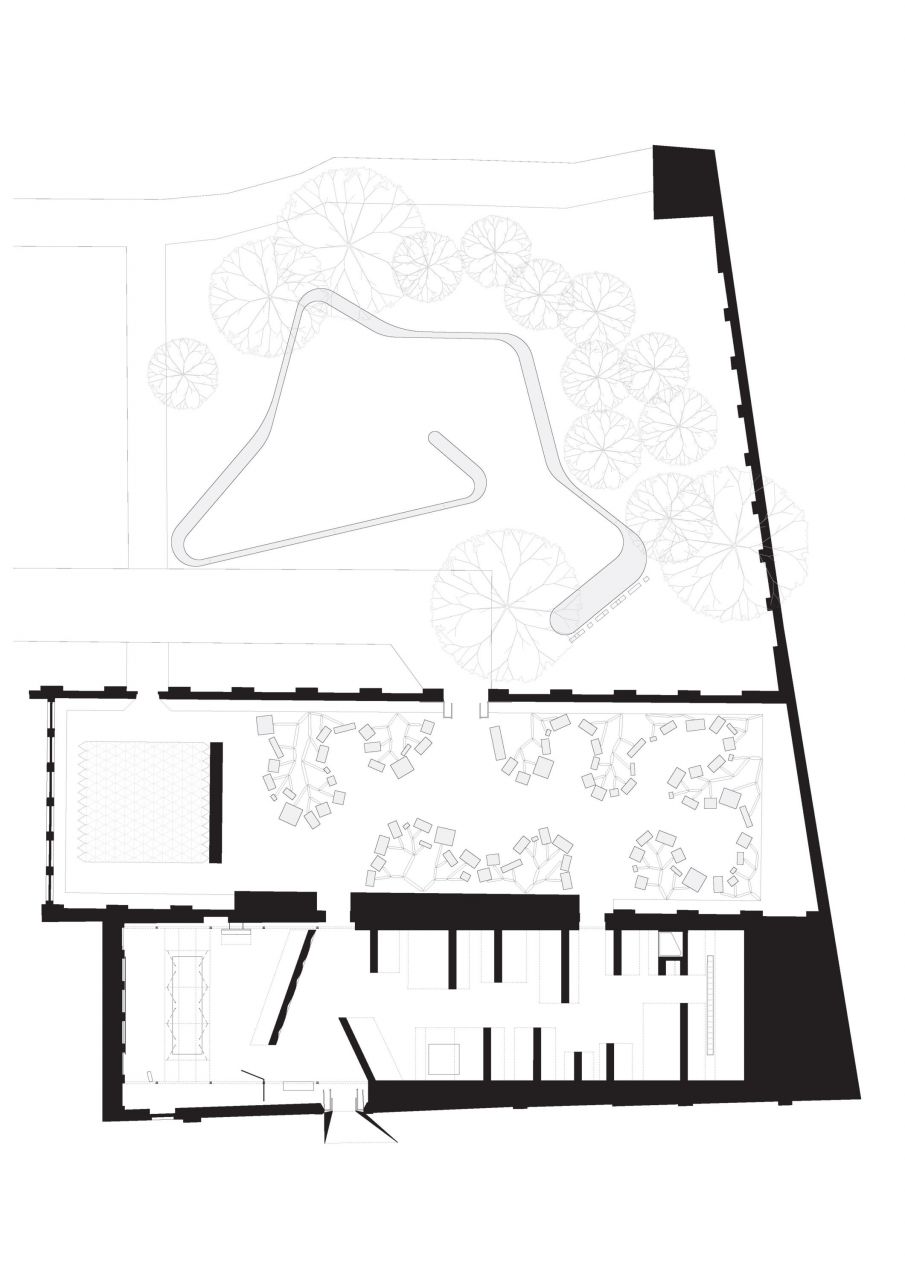 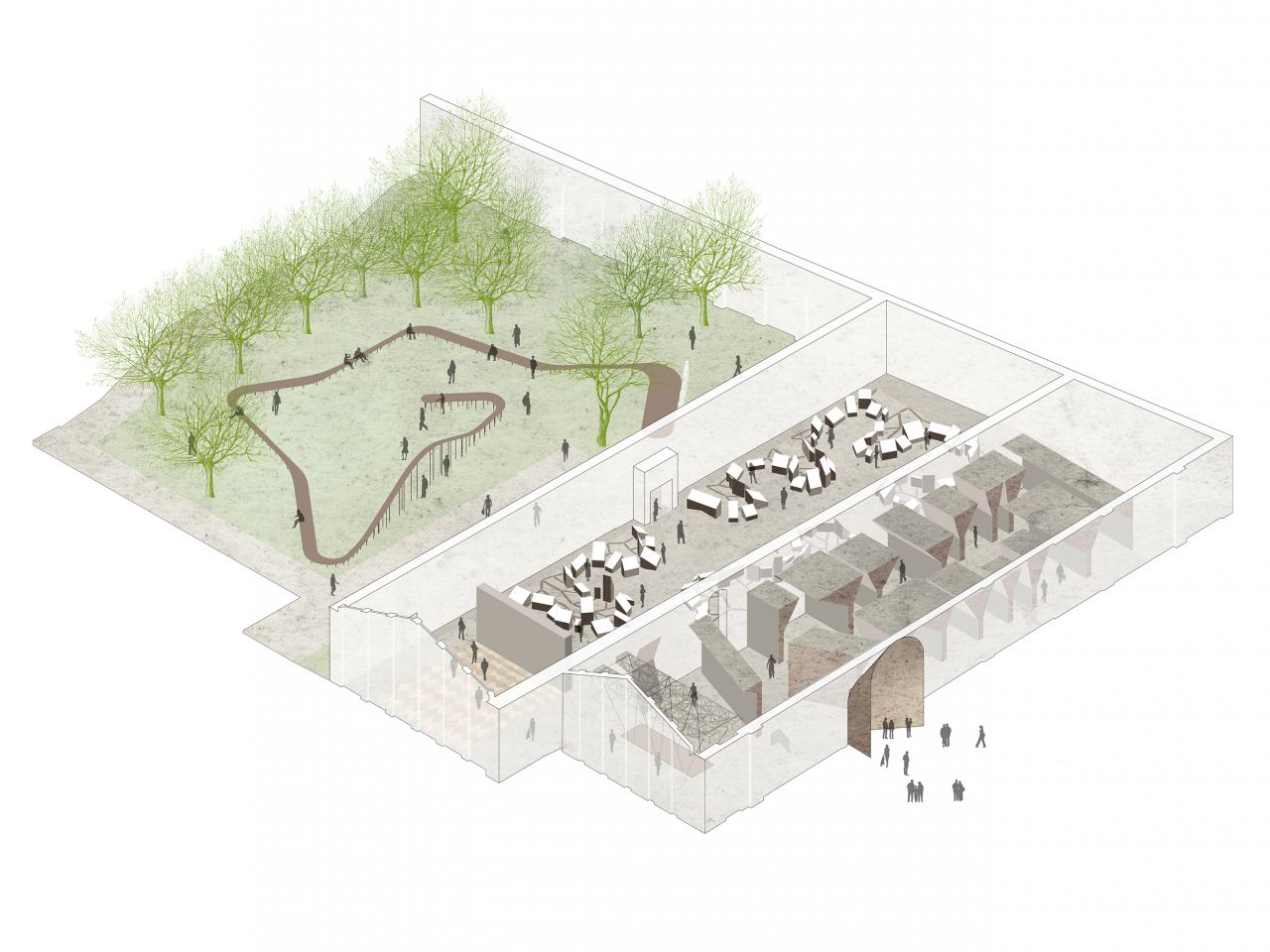 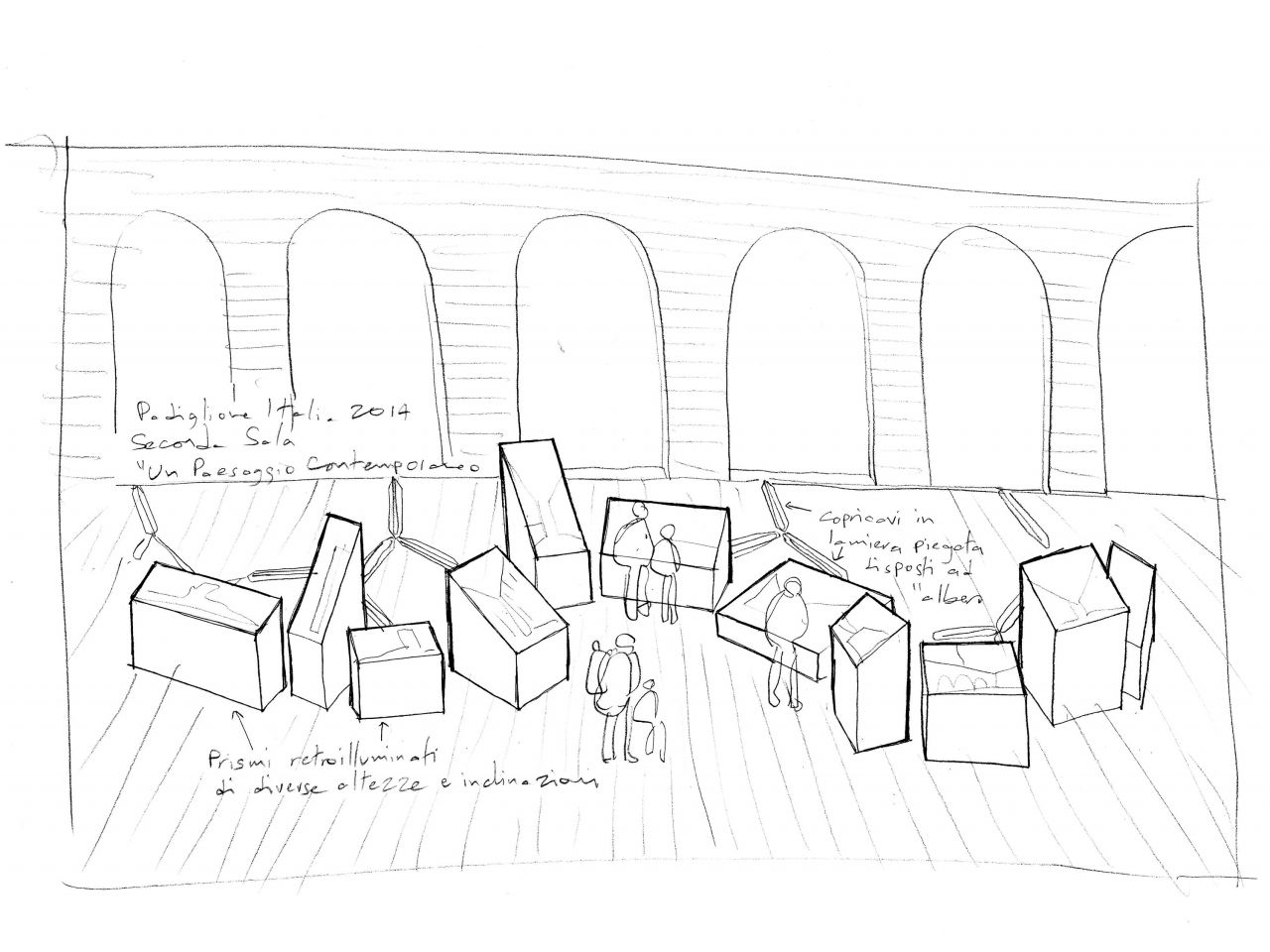