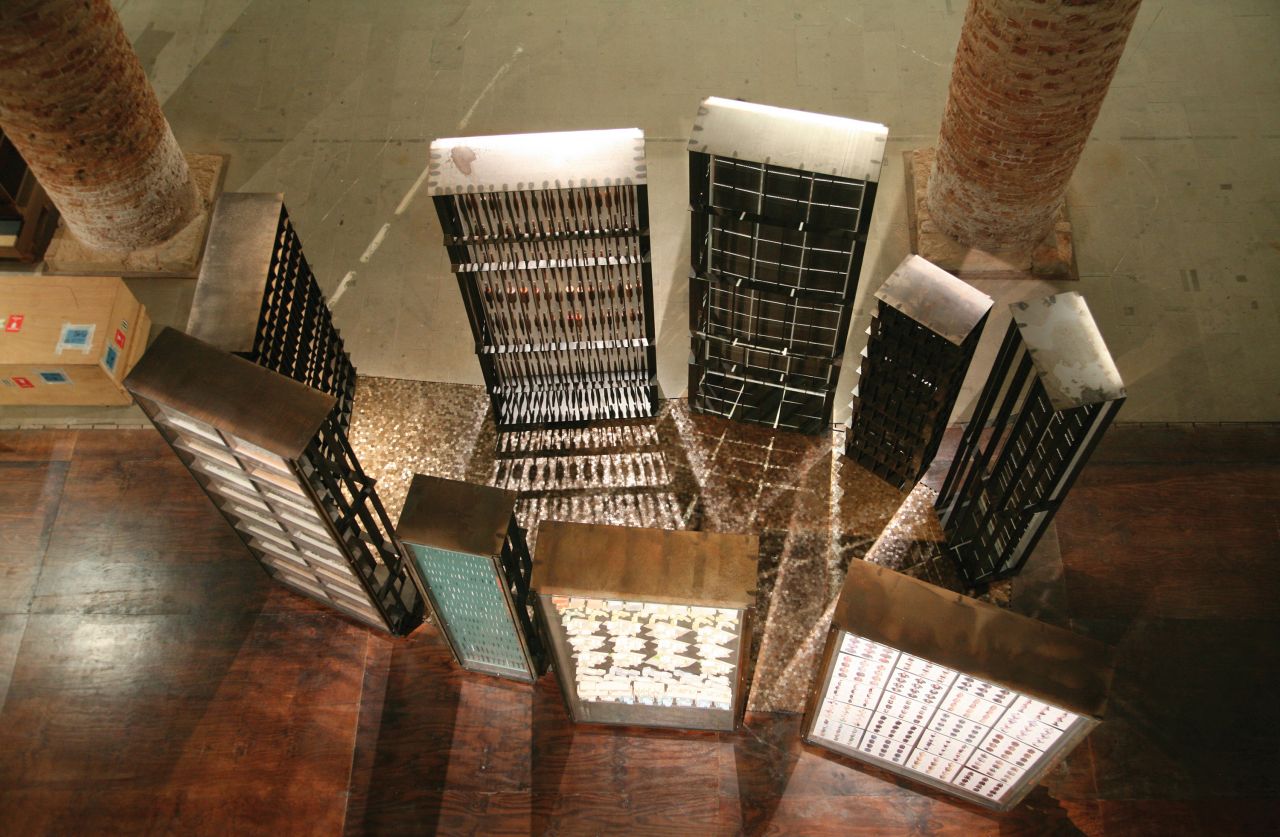 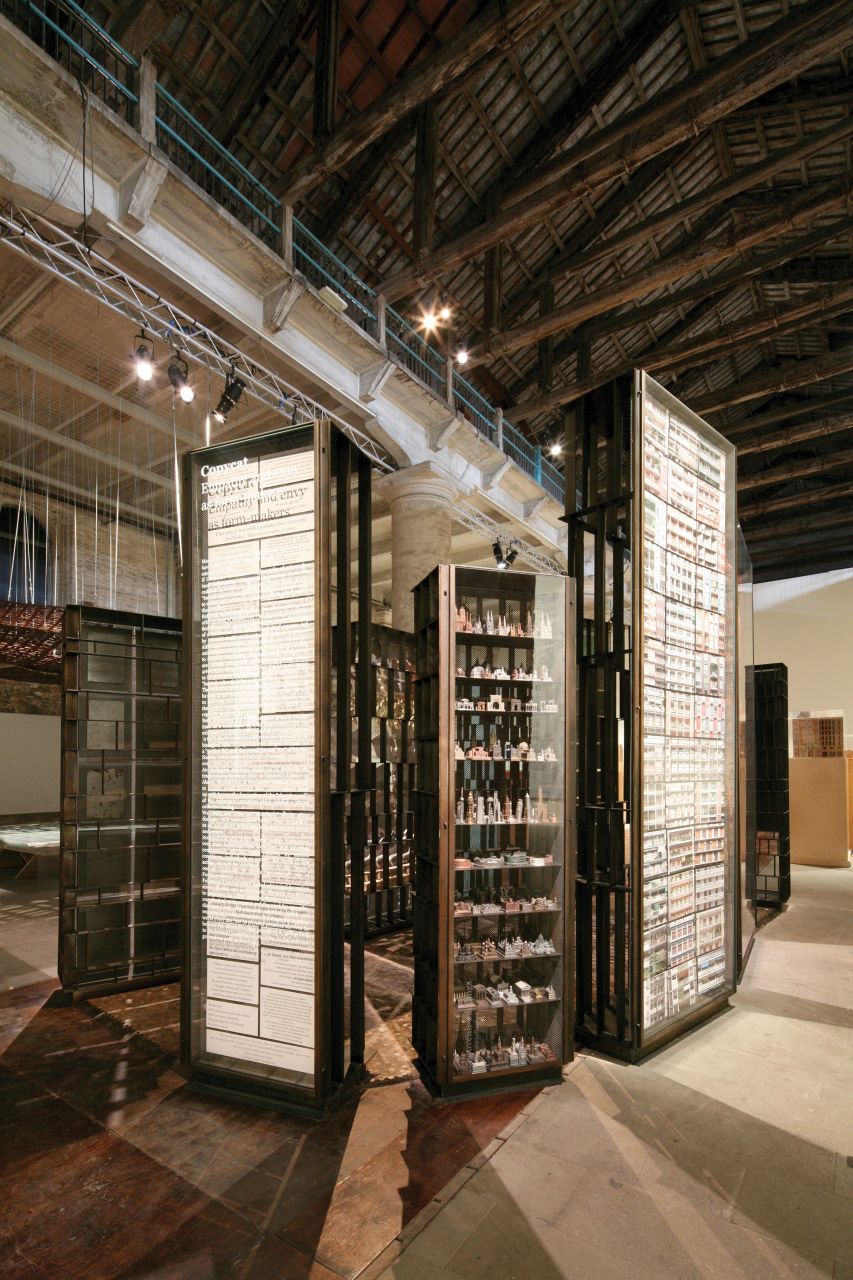 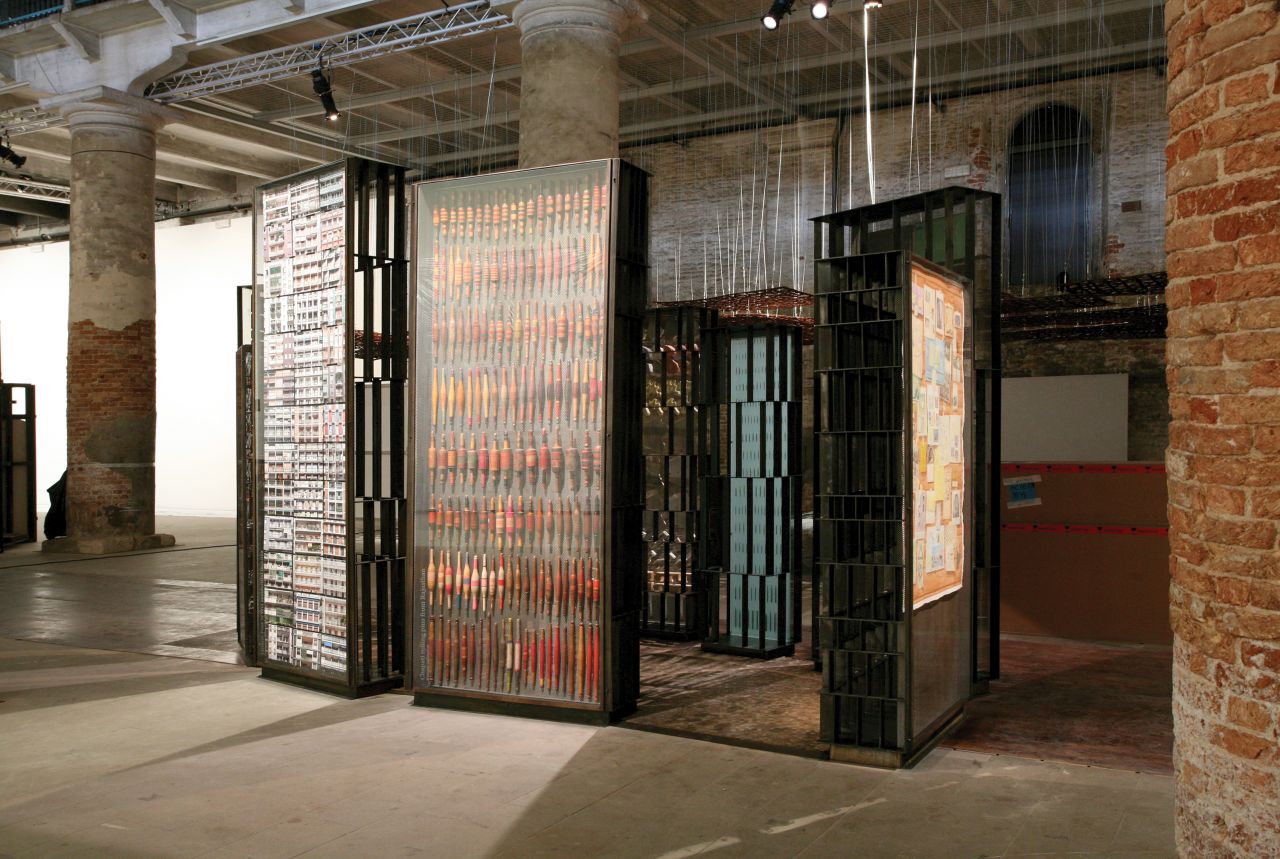 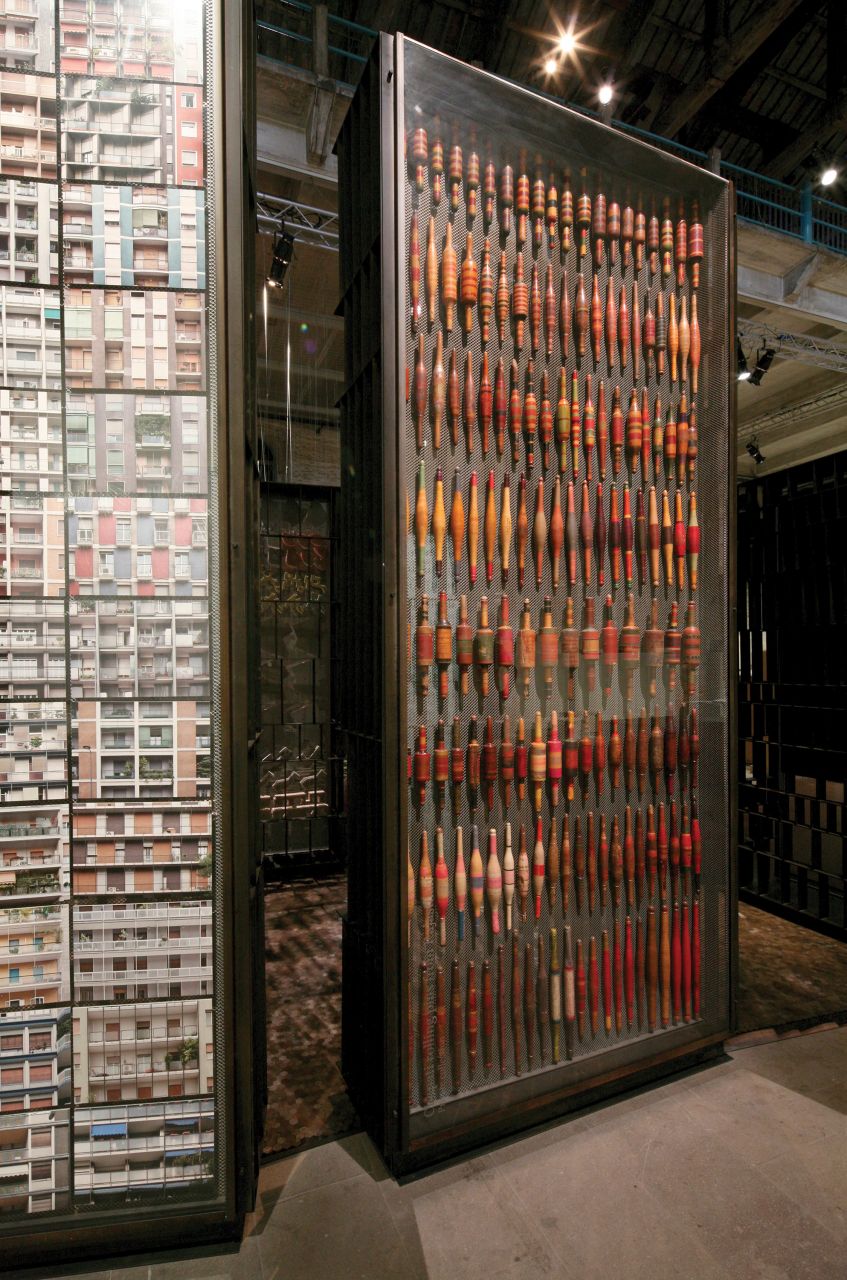 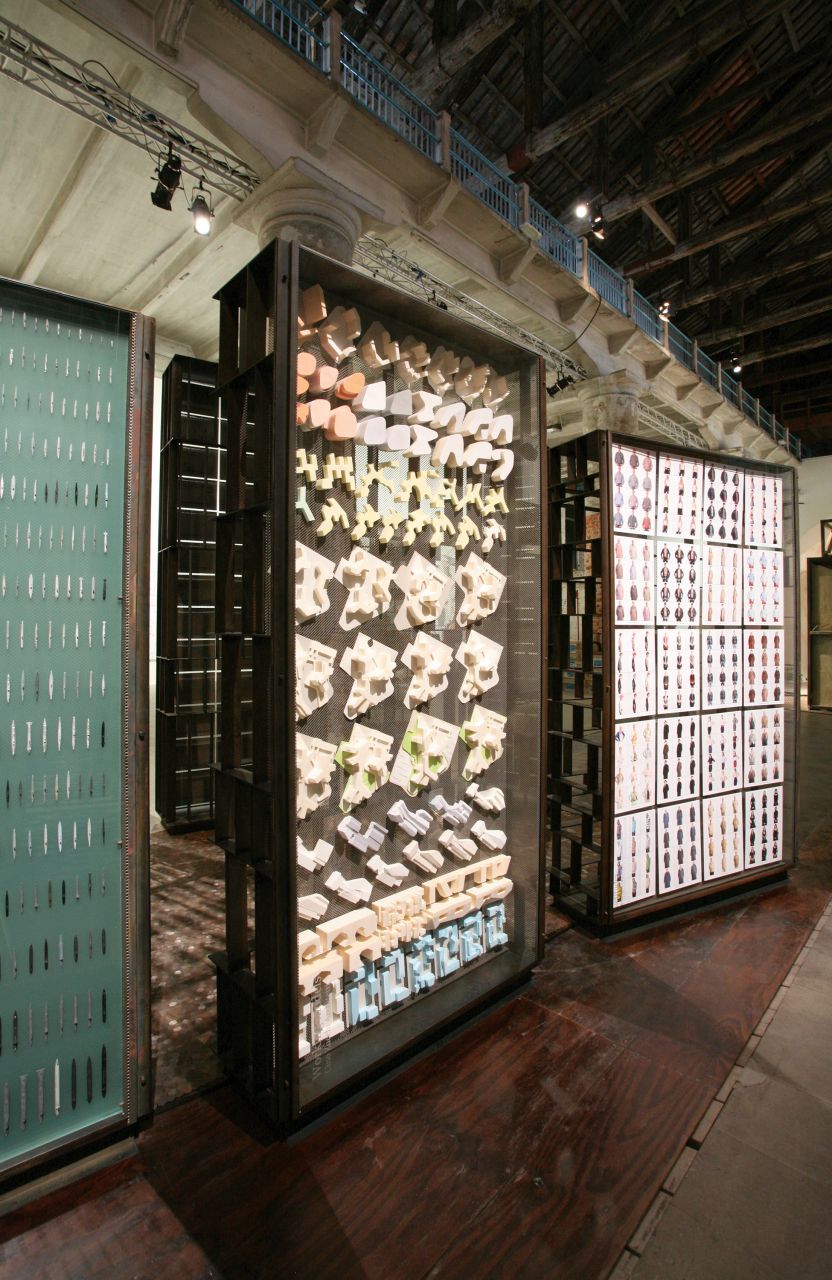 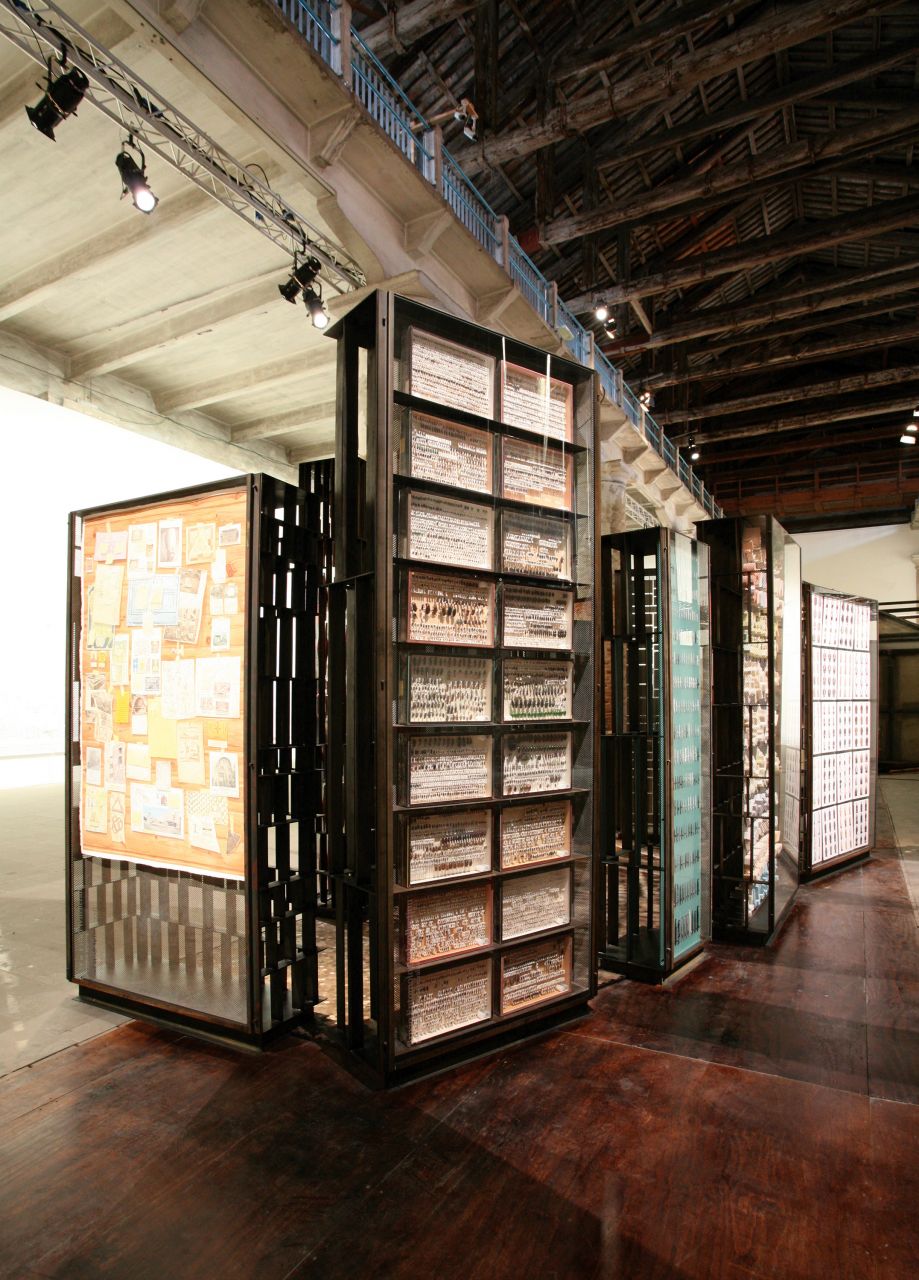 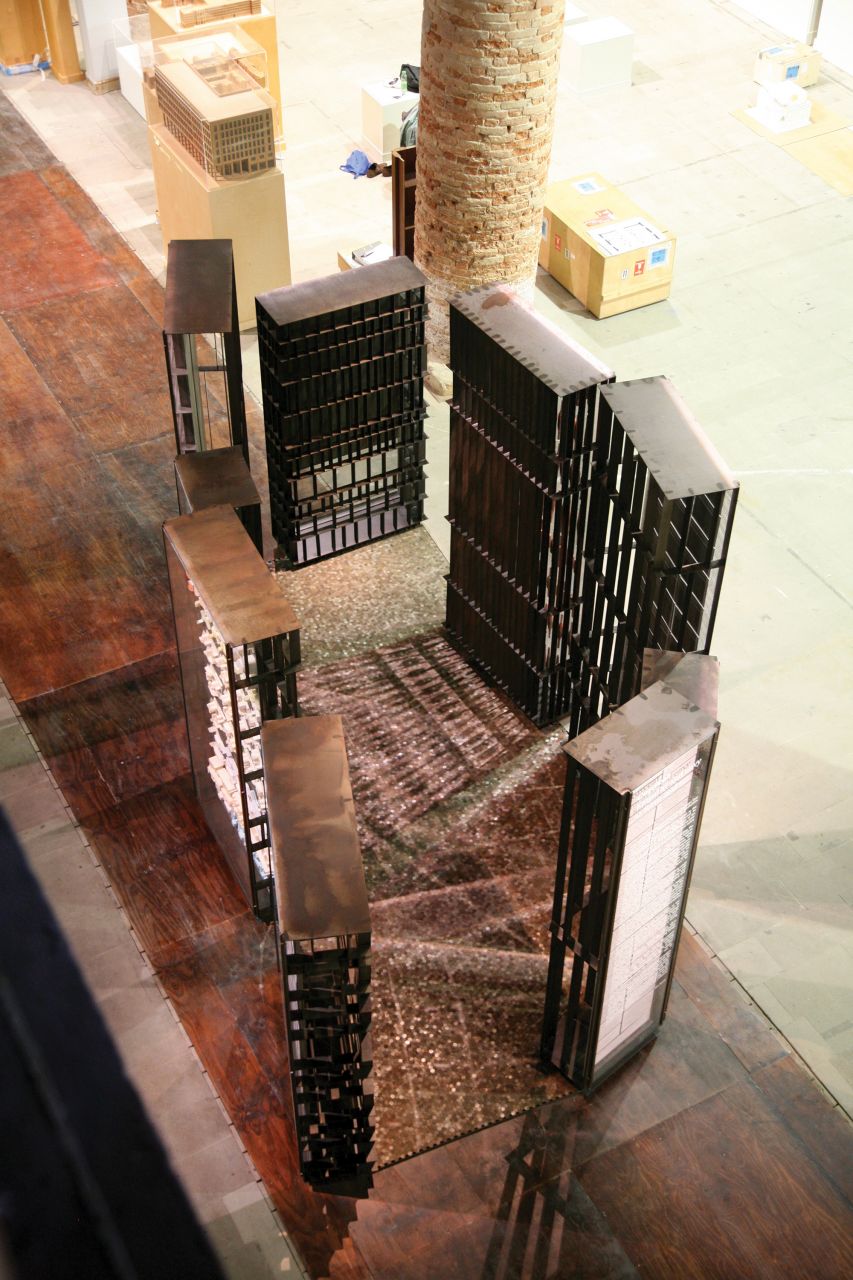 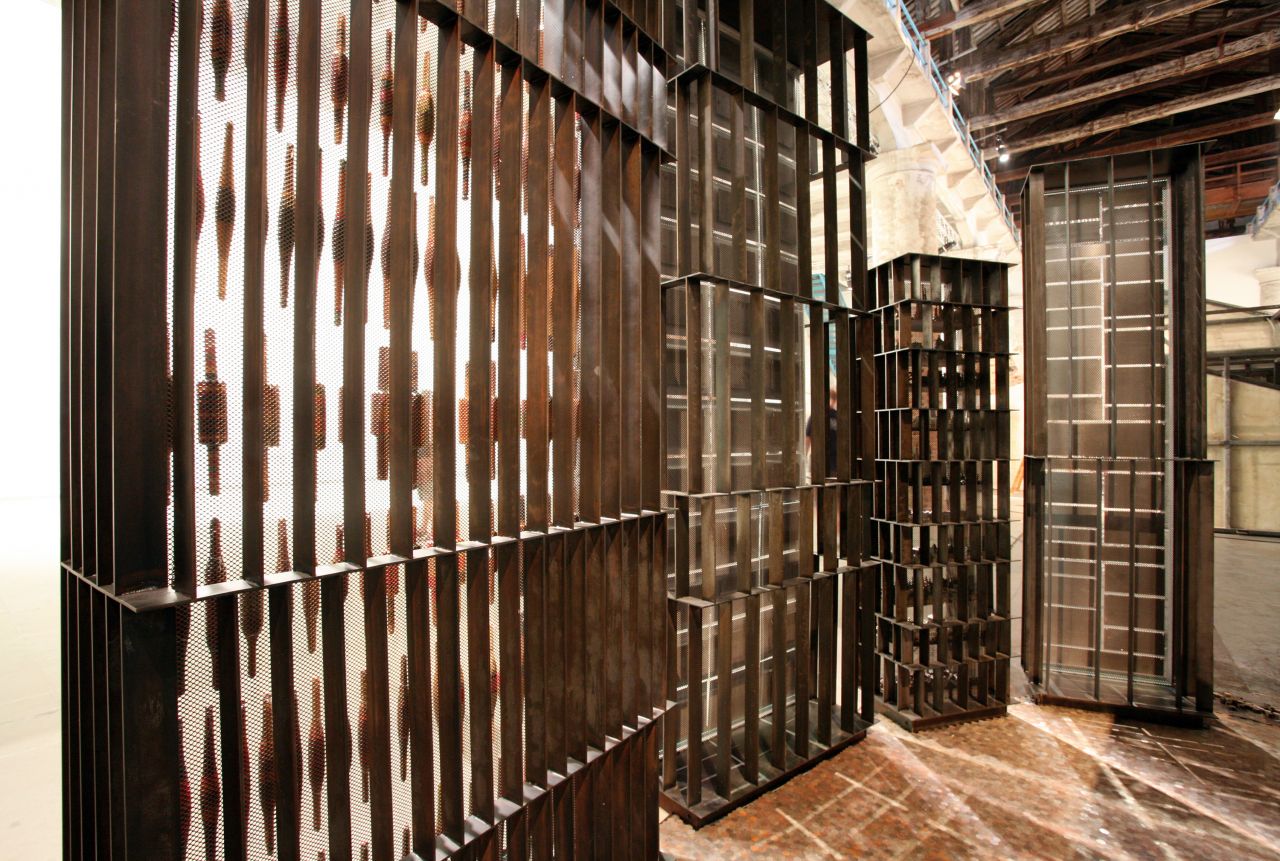 The installation responds to this Biennale's general theme of “Common Ground” by physically displaying a consideration on the processes of form-making in architecture and in other types of human artefacts.

Describing what he calls “formal sequences”, in his book The Shape of Time George Kubler sets the tone for a rigorous “history of things” which is capable of disregarding the thought behind them. If Classicism saw single works of art as local occurrences of a number of general rules that could be mapped out in written or illustrated form, most of the “formal clusters” we see in material cultures refer to values and conventions that appear “implicit” rather than “explicit”.
Refusing established codes – but also avoiding the arbitrariness of subjectivity – Modernism has tried to find a scientific approach to design, wherein the input of a number of measured data into a “black box” representing Method can yield a desired formal response.

Although well founded, this point of view denies any independent life to forms, and it is therefore unable to detect and describe the feeling of “familiarity” or likeness/similarity we see among man made products, be they cities, artefacts, artworks or technical objects.
Refusing the word “style” as an abstract concept, we can still track the presence and intensity of a system of common traits among artefacts by following the sequence of “different repetitions” they often go through. The variations of traits among families of objects could be seen as the result of two contrasting forces: the will to innovate and affirm one’s own individuality and the equally natural tendency to emulate, exploit and replicate acquired balanced states.

Many insights converge to set the lines for this kind of analysis of permanence and innovation in human design activities, among them: Christopher Alexander’s arguments about teaching and design methods in traditional and modern societies in his Notes on the Synthesis of Form; Michael Foucault’s refusal in The Archaeology of Thought of the abstract idea of “grammar”, and his plea to consider only actual “speech events”; Douglas Hofstadter’s concept of “slipping” and of what he calls the “knob problem” in his article Variation on a Theme as the Crux of Creativity; the different research streams on “Memetics” – μιμητής meaning “imitator” in Ancient Greek – based on Richard Dawkins’s definition in The Selfish Gene concerning replication processes of “cultural artefacts” in analogy with those of evolution; O’Hara and Robinson’s application of phylogenetic mathematical models on the ecdotic analysis of the eighty-four surviving manuscripts of The Canterbury Tales; Dan Sperber’s theory about the “epidemiology of representations” in Explaining culture. A naturalistic approach.

A place where things get together and need to dialogue: could be considered a rather comprehensive definition of an urban environment. Similarity and variation are powerful tools in this environment, since they can establish meaningful codes to express the relationship among individuals searching for communication. We can see icons as “interfaces” which allow dialogue – be it cohesive or conflicting -, and resemblance, rather than originality, as a powerful tool for regulating exchange among things and people.

The installation
Looking at works of art or technical objects from this point of view – but searching for the physical evidence of repetition and variation rather than trying to explain their mechanisms of transmission – each element of the installation displays on its outer side a “family” of objects or pictures showing common traits which together can suggest a formal culture; a culture not yet governed by a given rule, but rather by a set of “customs” or “habits” revealing almost unconscious underlying values.

The series of things displayed in these “cabinets” are quite different from each other: insects in entomological boxes from the Museo di Storia Naturale of Milan; souvenir monuments arranged by architectural typology; 1/1250 scale metal cast models of submarines; pictures of people with similar dress codes by Ari Versluis and Ellie Uyttenbroek (Exactitiudes); a collection of colourful chapati rolling pins from Rajasthan; a custom-made painting by Charlie Roberts; photographs of Post World War II residential facades from Milan by Giovanna Silva; cardboard working models of residential facades by CZA.

In all these series, a formal law cannot be found in “prescriptive” terms, but rather in “persuasive” ones, as a sequence of subtle variations of traits following complex branching patterns.

Following a period which hailed originality and whimsical invention above all else, our installation would like to invoke the complex net of cross relations which marks our physical environment, such as the need for empathy, dialogue, and self-imposed restraint which is required in social interaction. We shape the material world every day following ideas and aspirations, but its physical presence often survives far beyond the conditions that generated it, giving form to the beloved backdrop of our lives. 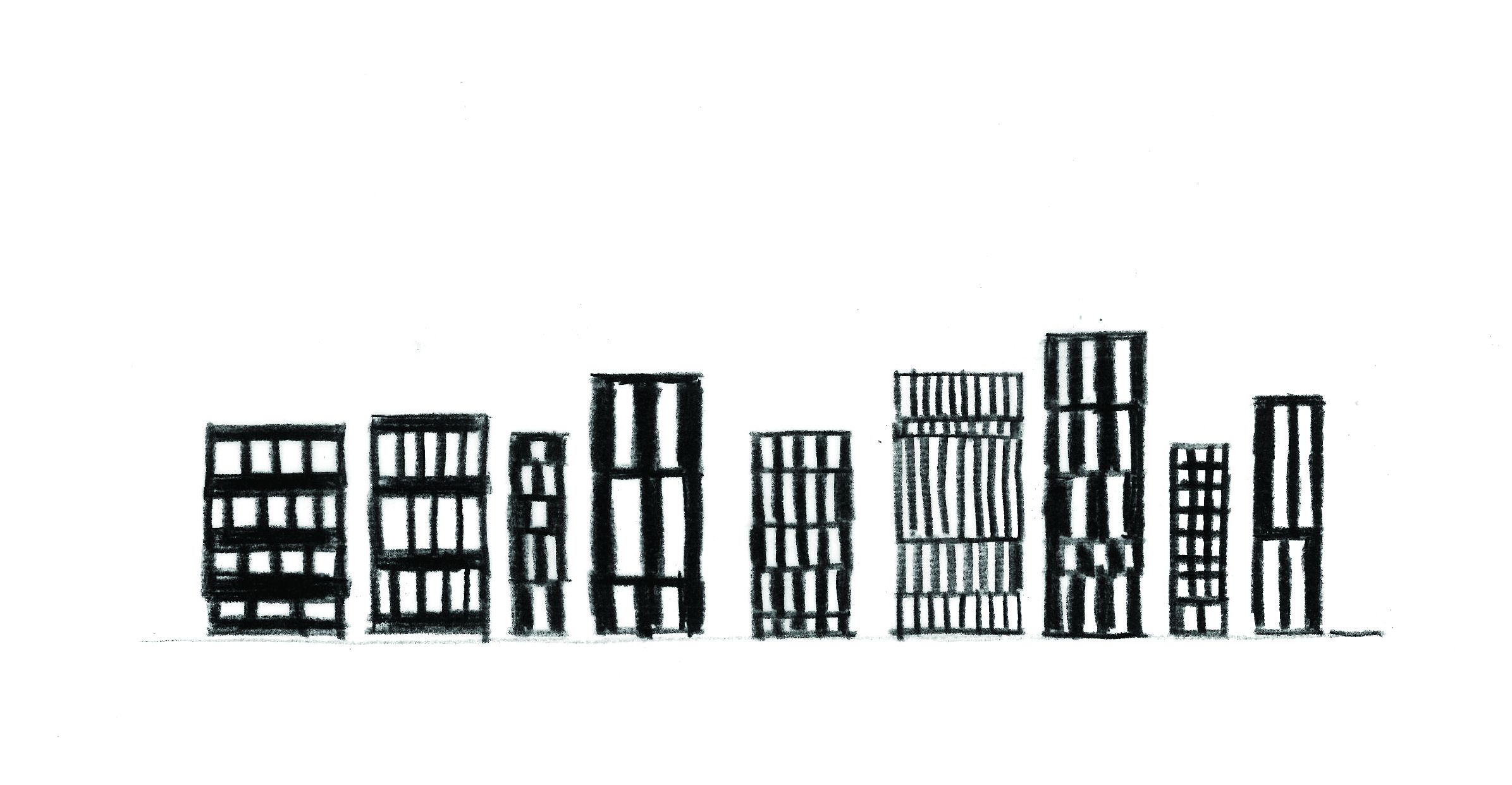 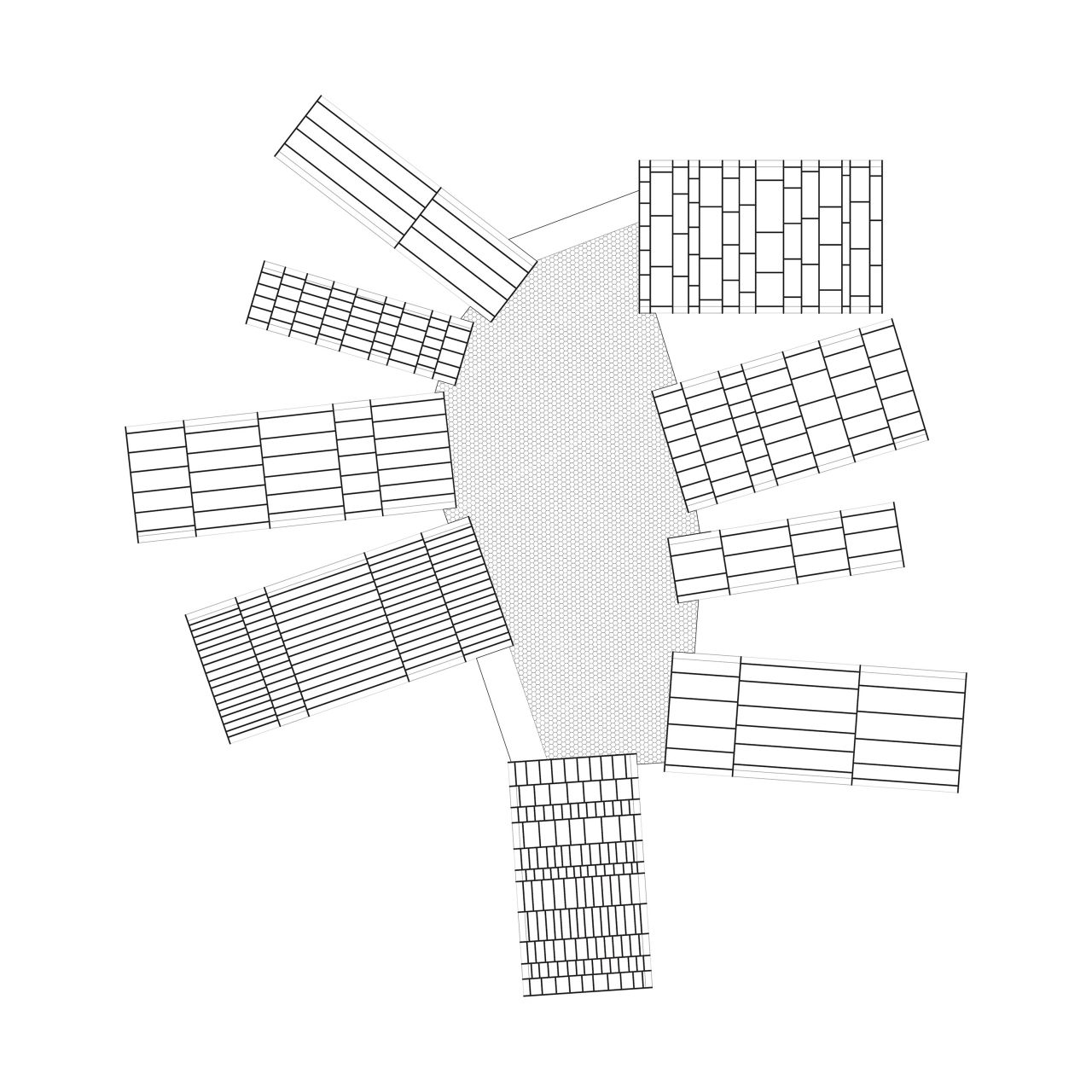 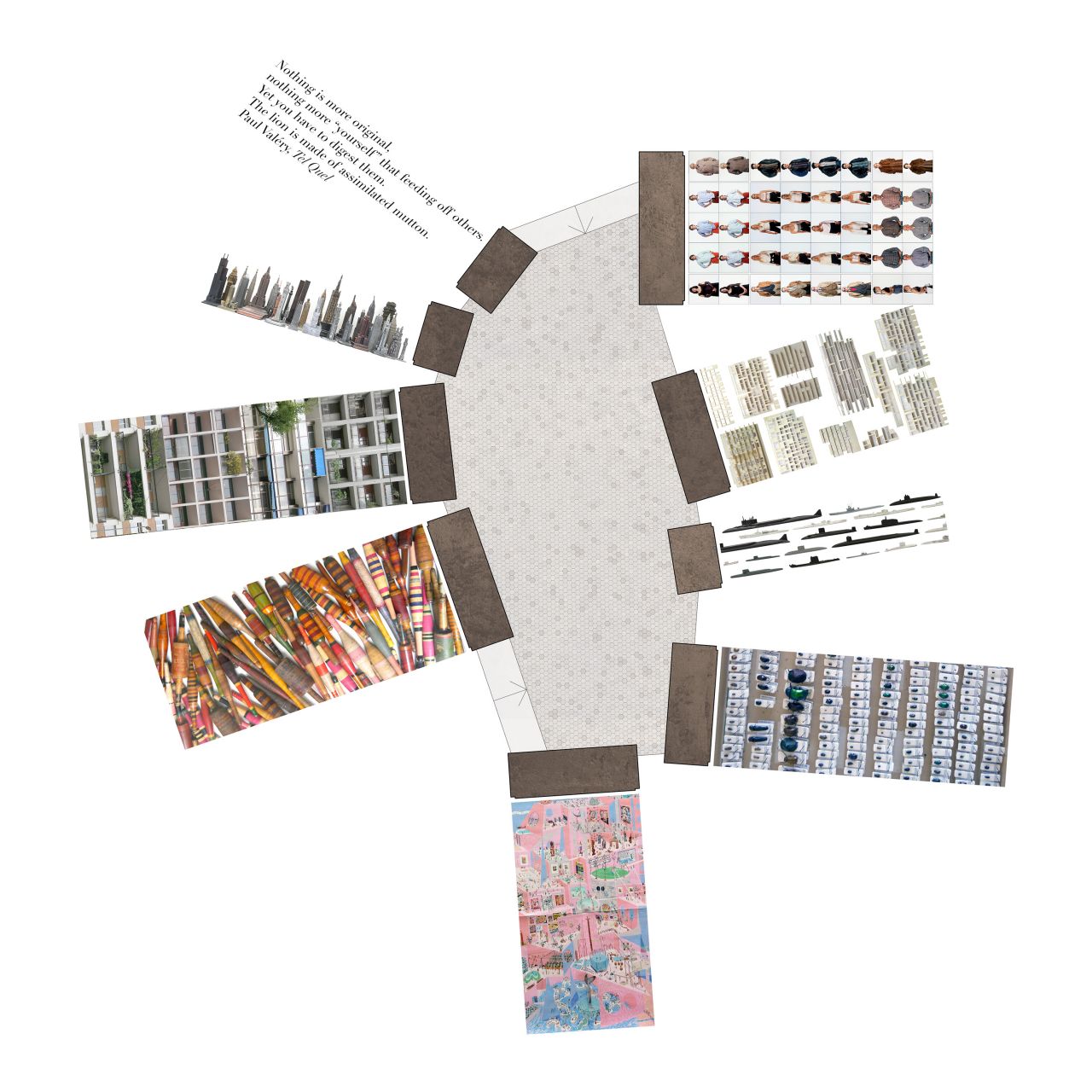 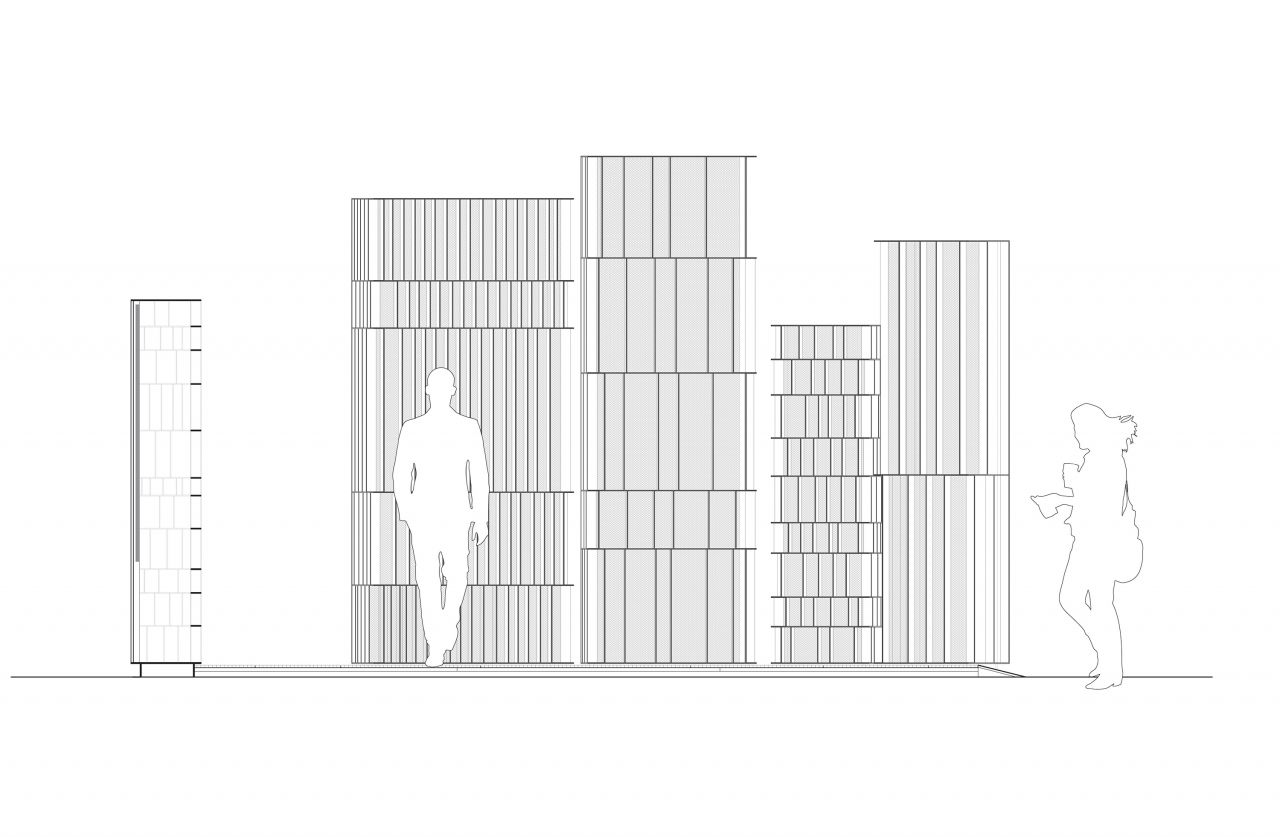 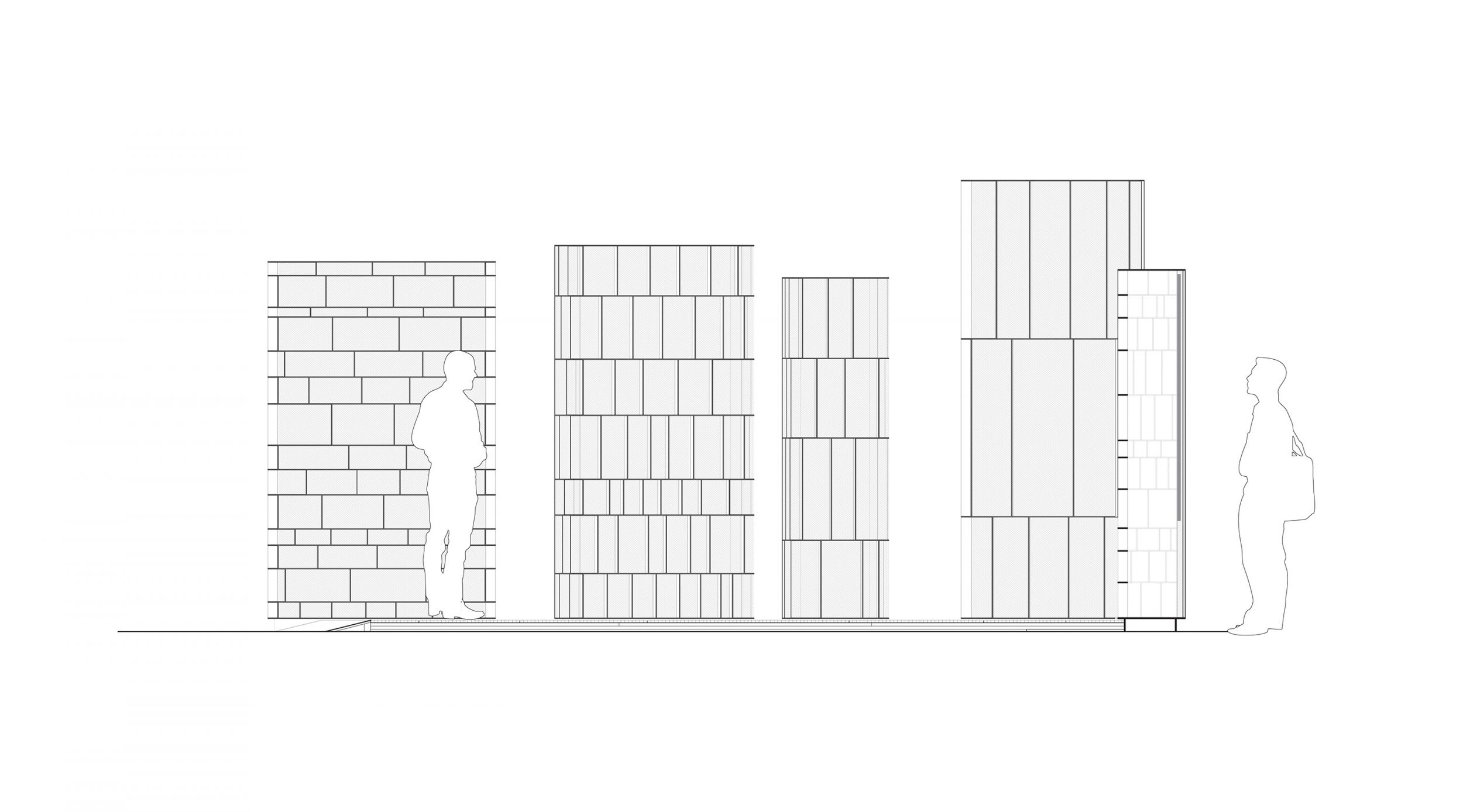