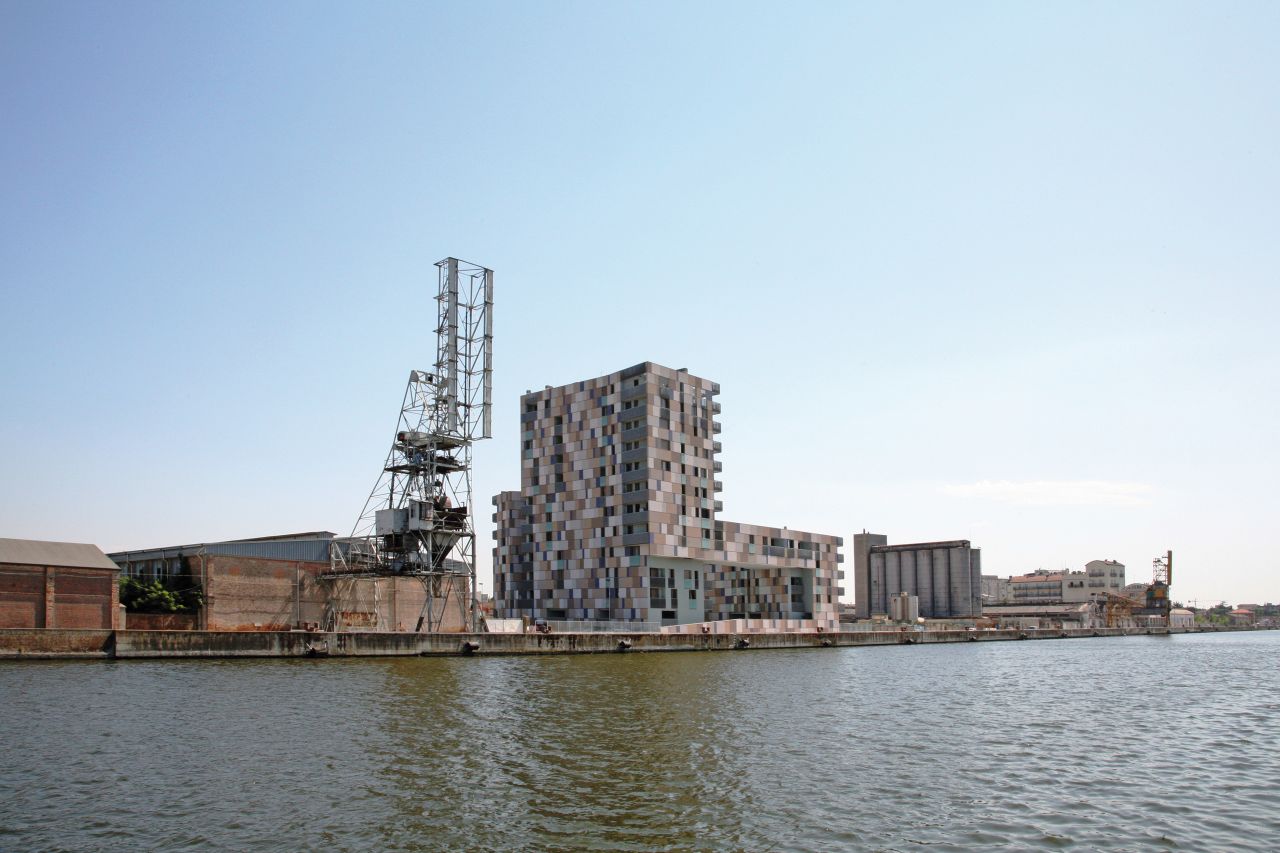 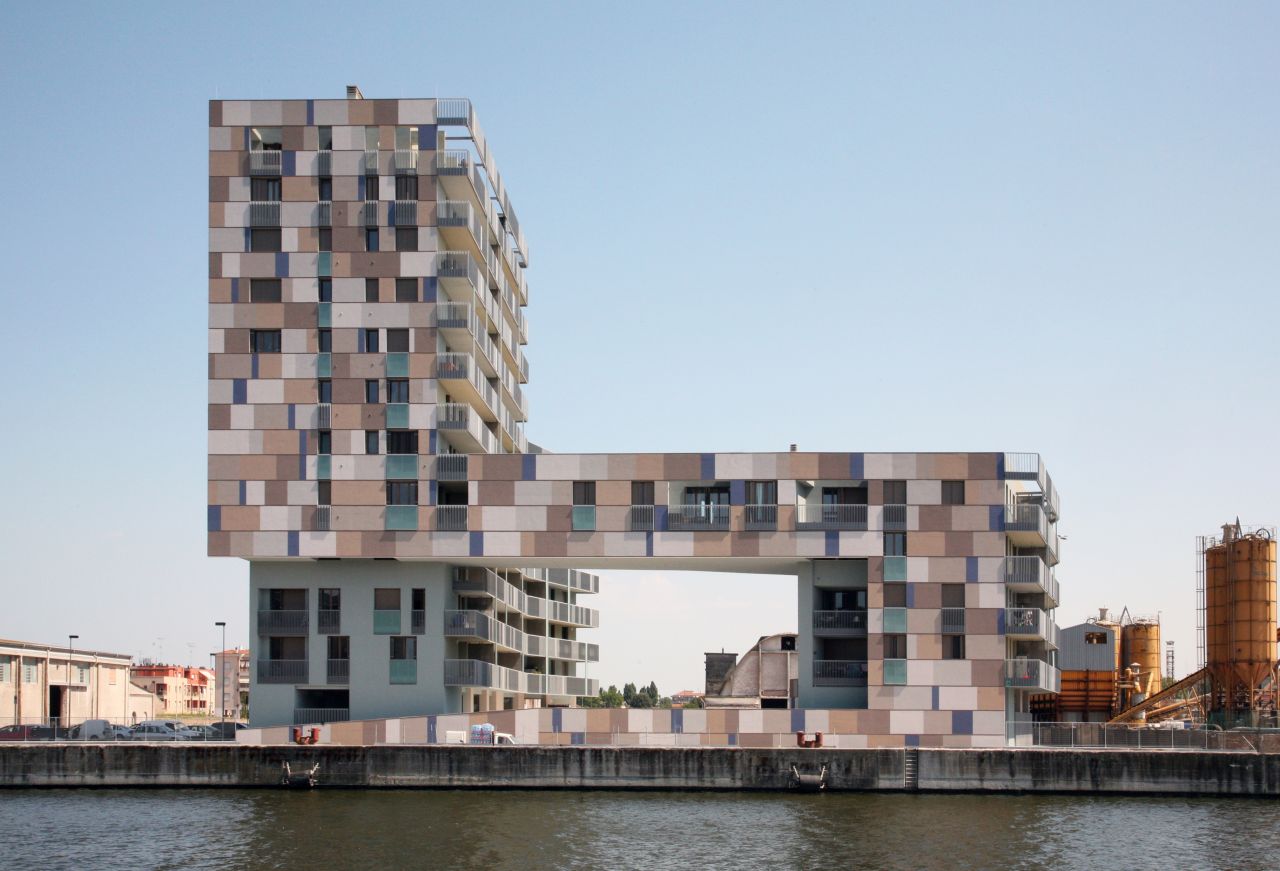 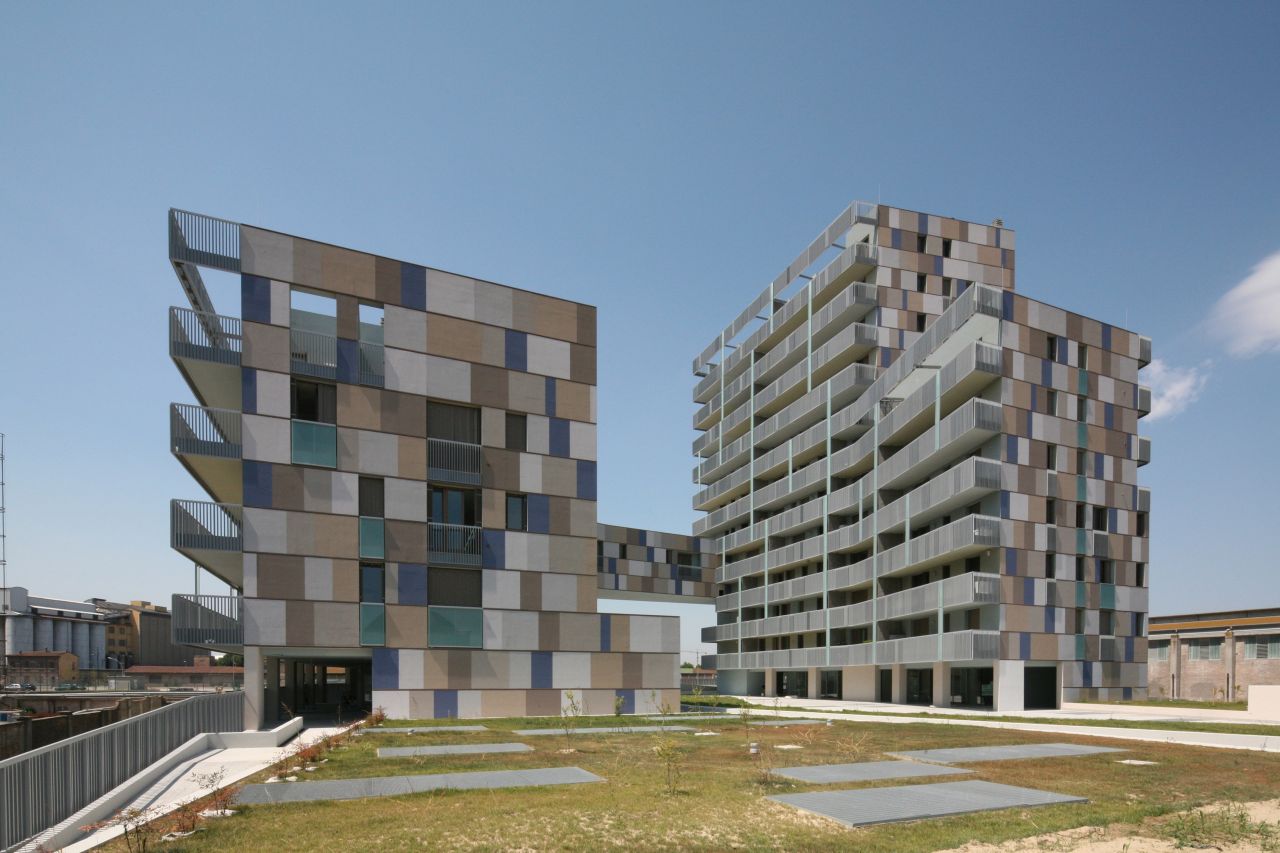 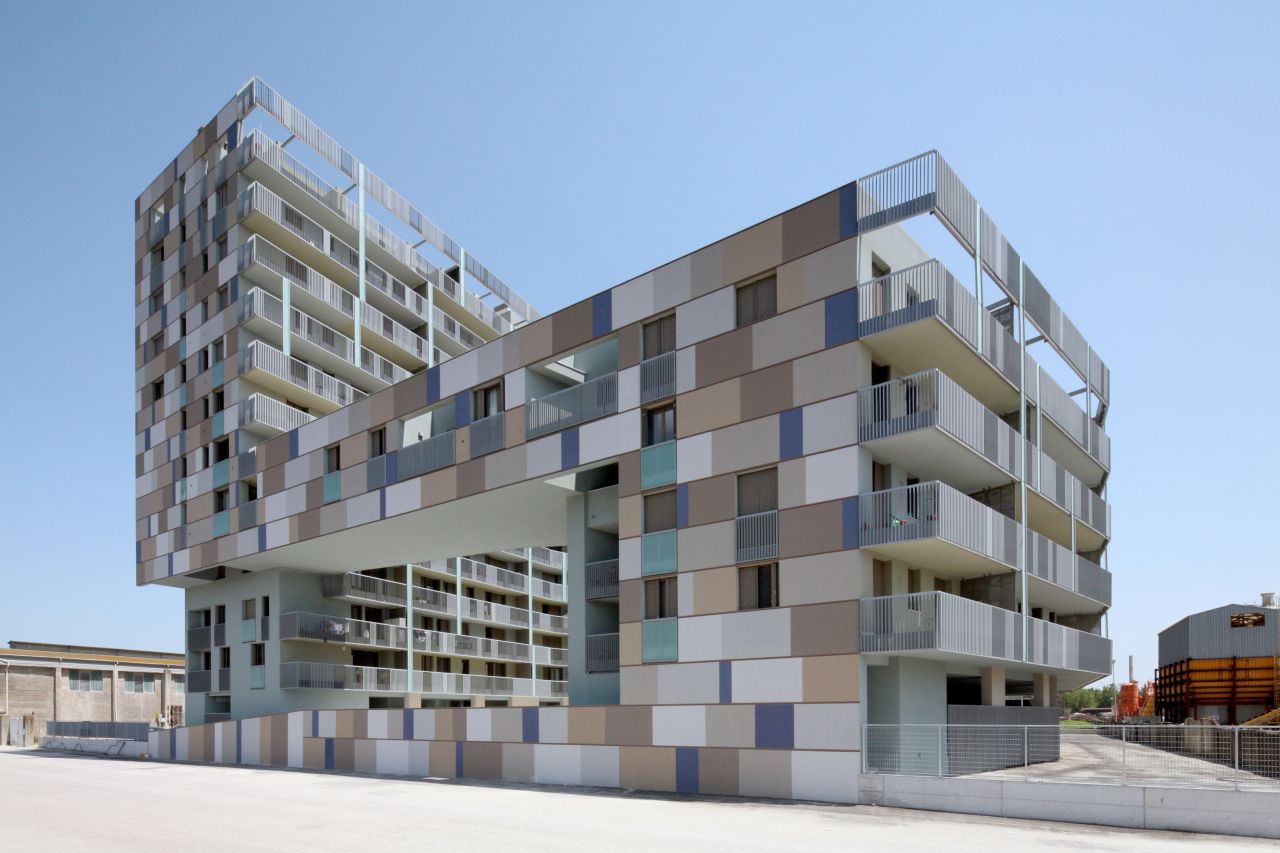 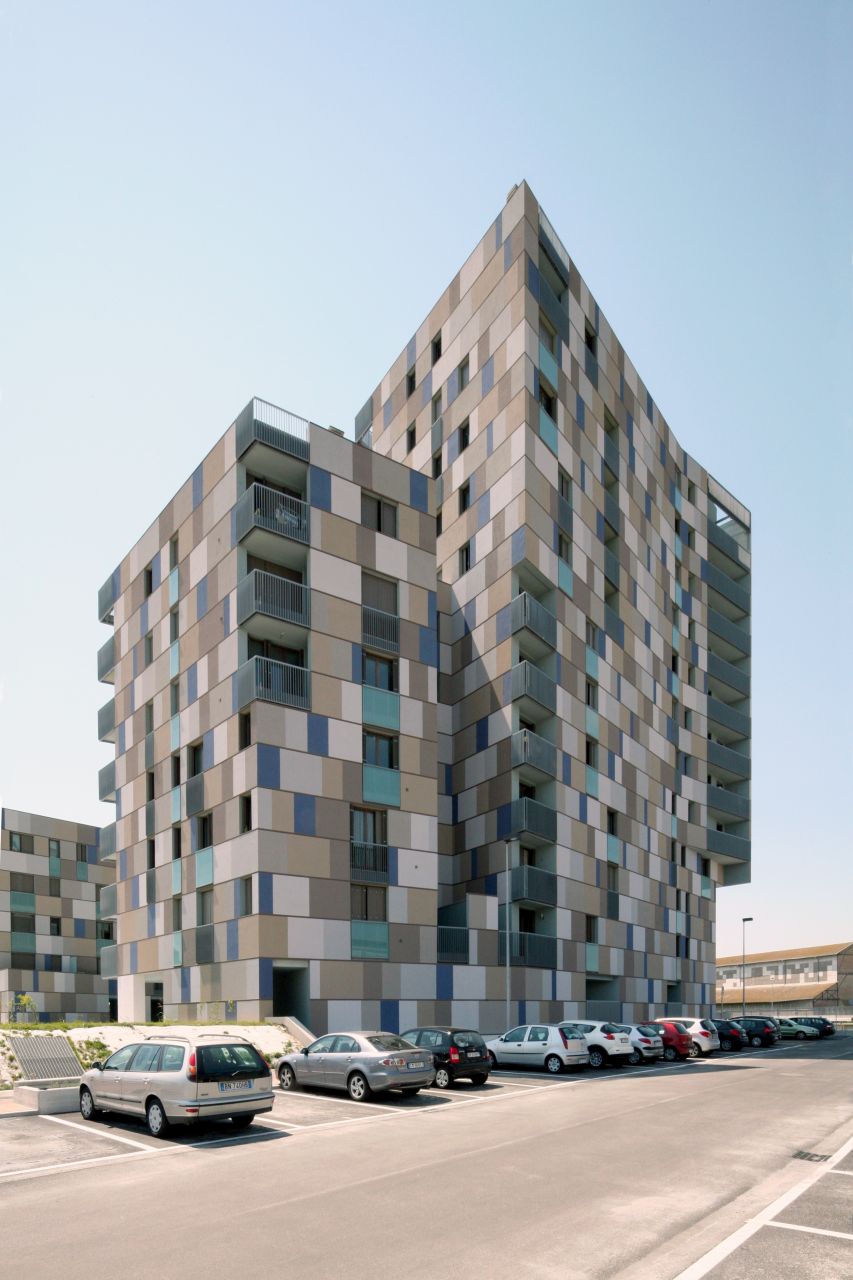 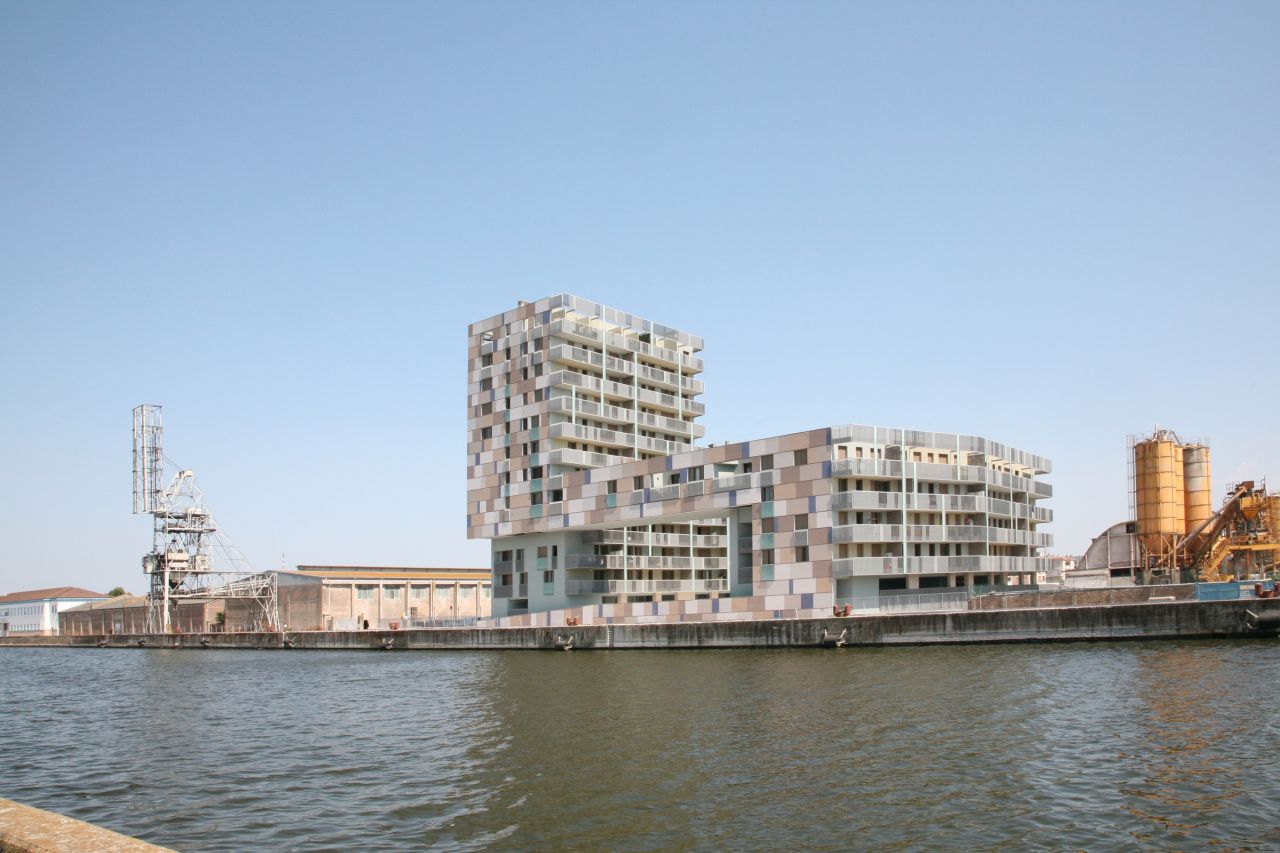 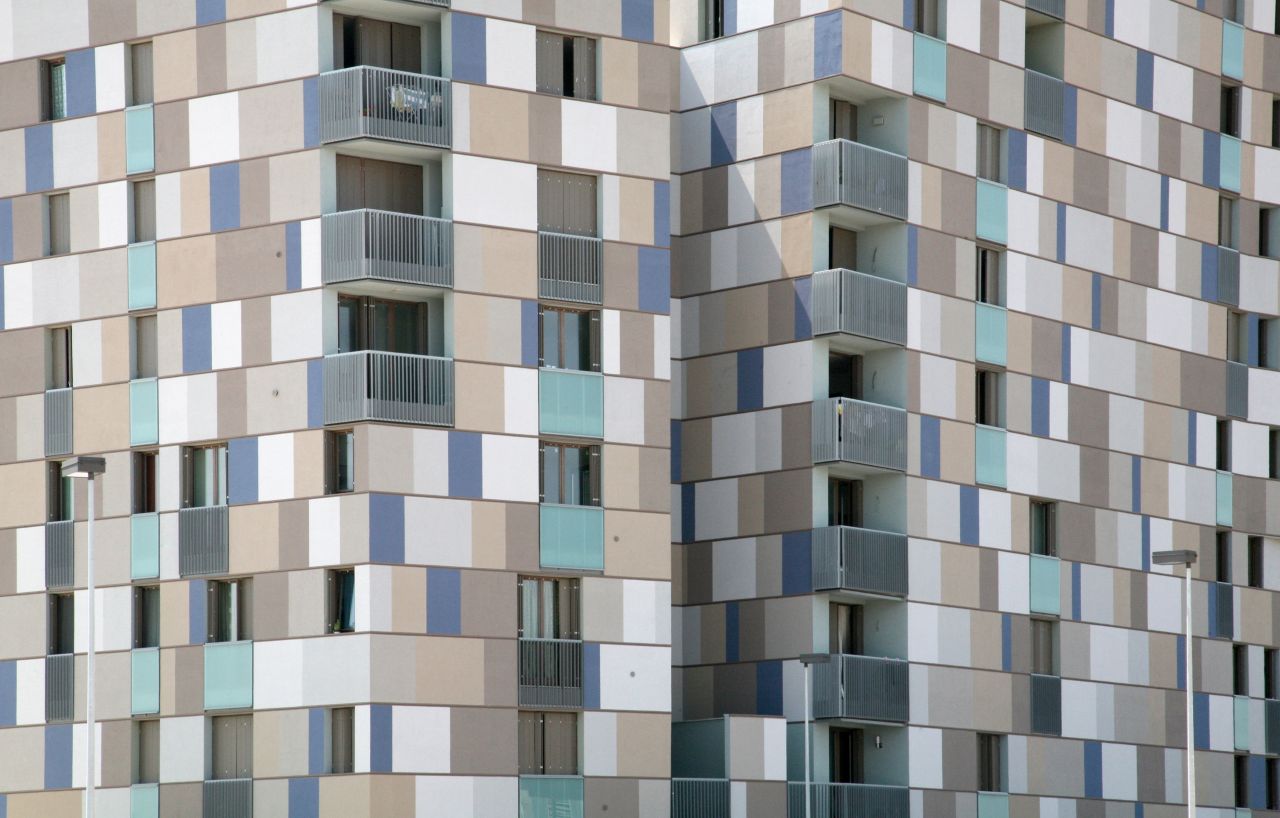 A great mosaic on the water. The architectural volume and language constitute an attempt to combine dimensions of the singular dwellings with the wider one of Darsena industrial landscape playing with formal elements offered by a very low budget in social housing. The rigid stereometry of pure volumes and the use of colourful plasters echo the compact dome in Teodorico’s Mausoleum and the tradition of polychrome mosaics in Ravenna, nonetheless without an explicit evocation.

The new residential building is part of a large urban renewal project next to the Ravenna station on both sides of an artificial canal serving as a harbour for the industries of the area. The overall plan by Boeri studio envisages a new park parallel to the water and a series of rather tall volumes along the waterfront, which currently belongs to the harbour precinct but should in time become open to the public. Within the uncertainty of this “Sliding Doors” future, we designed a double-faced residential complex, relating to the existing city fabric but ready to open towards the water edge and its possible future transformation into a promenade. On the city side, a green rampart hosting the covered car park leads to a raised central court overlooking the water. A number of small shops and the atriums leading to the vertical distribution shafts opens onto this semi-public “piazza”, which will be connected to the water promenade by a ramp running parallel to the structure.

The different height of the blocks are related to the long views toward the inner city and to the solar orientation of the complex.
While the elevations to the north of the buildings are treated in a rather “volumetric” way, those to the south are marked by the long horizontal lines of the overhanging balconies.

This effect of momentary “camouflage” of the dimension of the building helps connecting its “domestic” dimension to its perception from the waterside and the city, where it stands alone as a temporary “landmark” waiting for the development to transform the landscape of this part of the city.

The whole complex has been conceived and realised following the latest criteria for “sustainable” and energy conscious building. The building masses are carefully studied in relationship with the sun orientation, with an in-depth study of the shadow pattern at all hours and seasons both on the building surfaces and on the open collective spaces. The higher building is located on the north side and the lower on the south. The rows of balconies on the south side of the buildings screen the living rooms from the summer sun, while admitting the lower winter rays, greatly contributing to the energy efficiency of the complex. A significant part of the energy required by the building is provided by solar panels placed on the rooftop terraces of the two buildings. The thick “overcoat” insulation finished by a layer of plaster on mesh provides very low values of heat transmittance, saving energy and creating greater environmental comfort for the dwellings. All materials are biodegradable or easily disposed of: stone for the window-sills, hemlock wood for the window frames, natural plaster for most of the exterior surfaces. 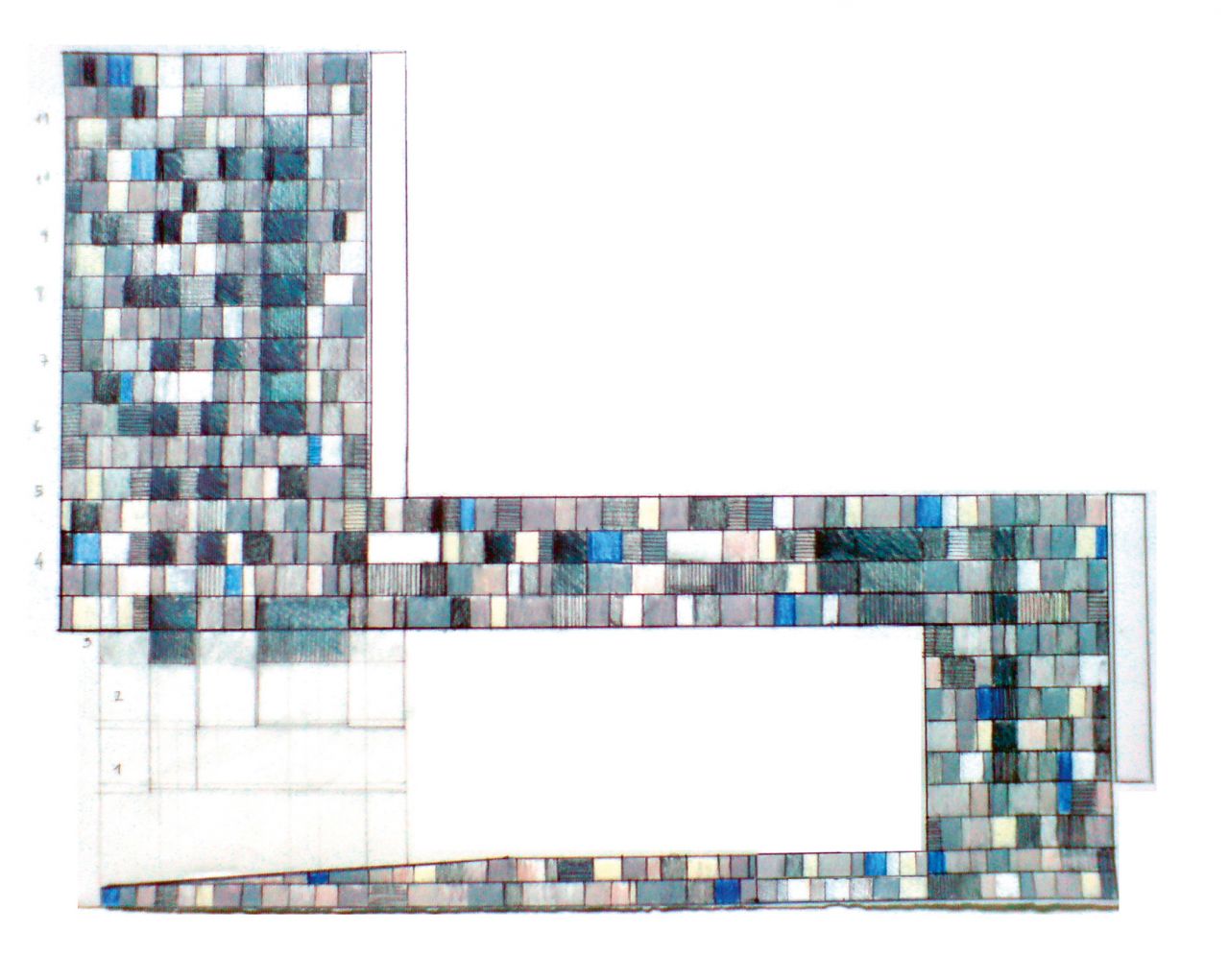 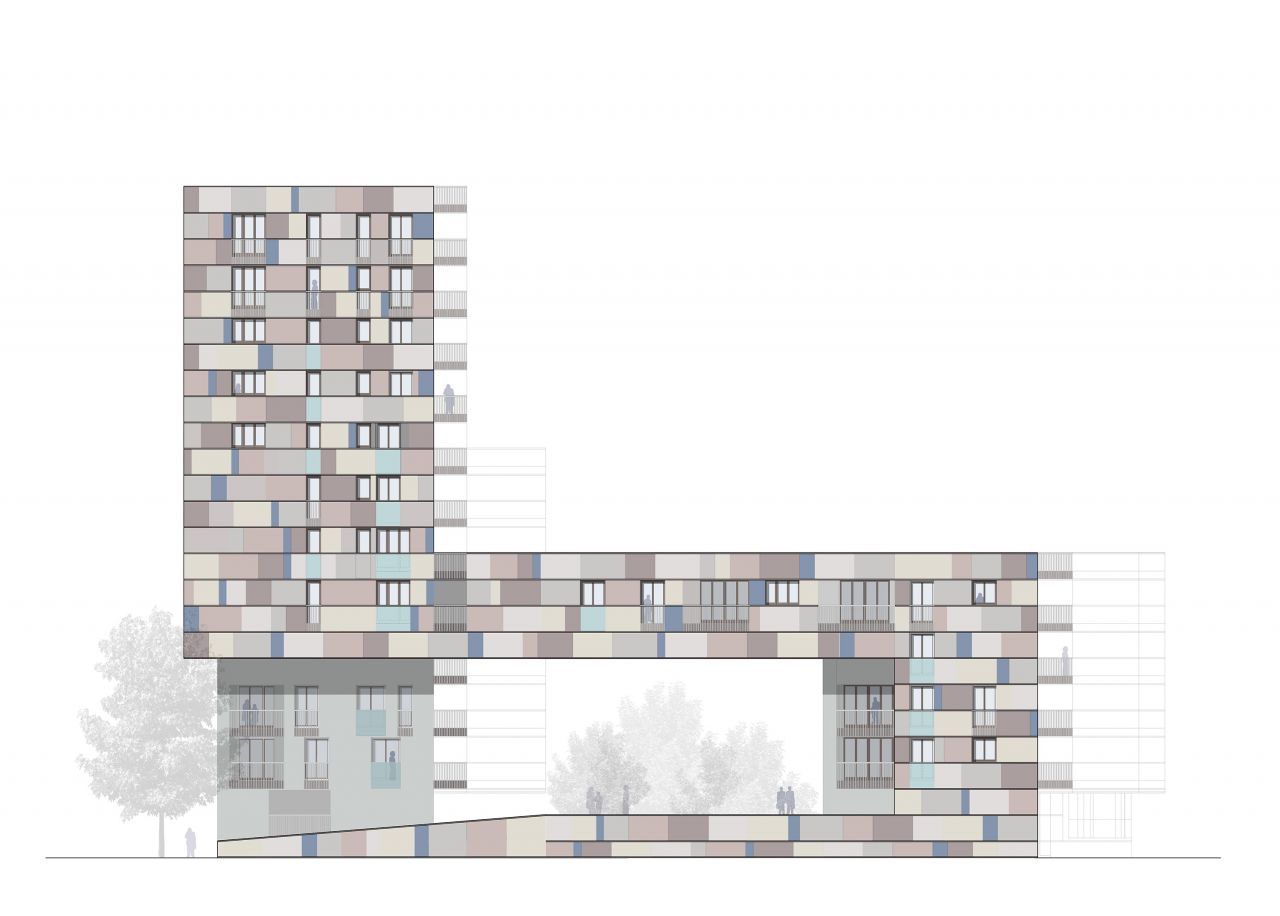 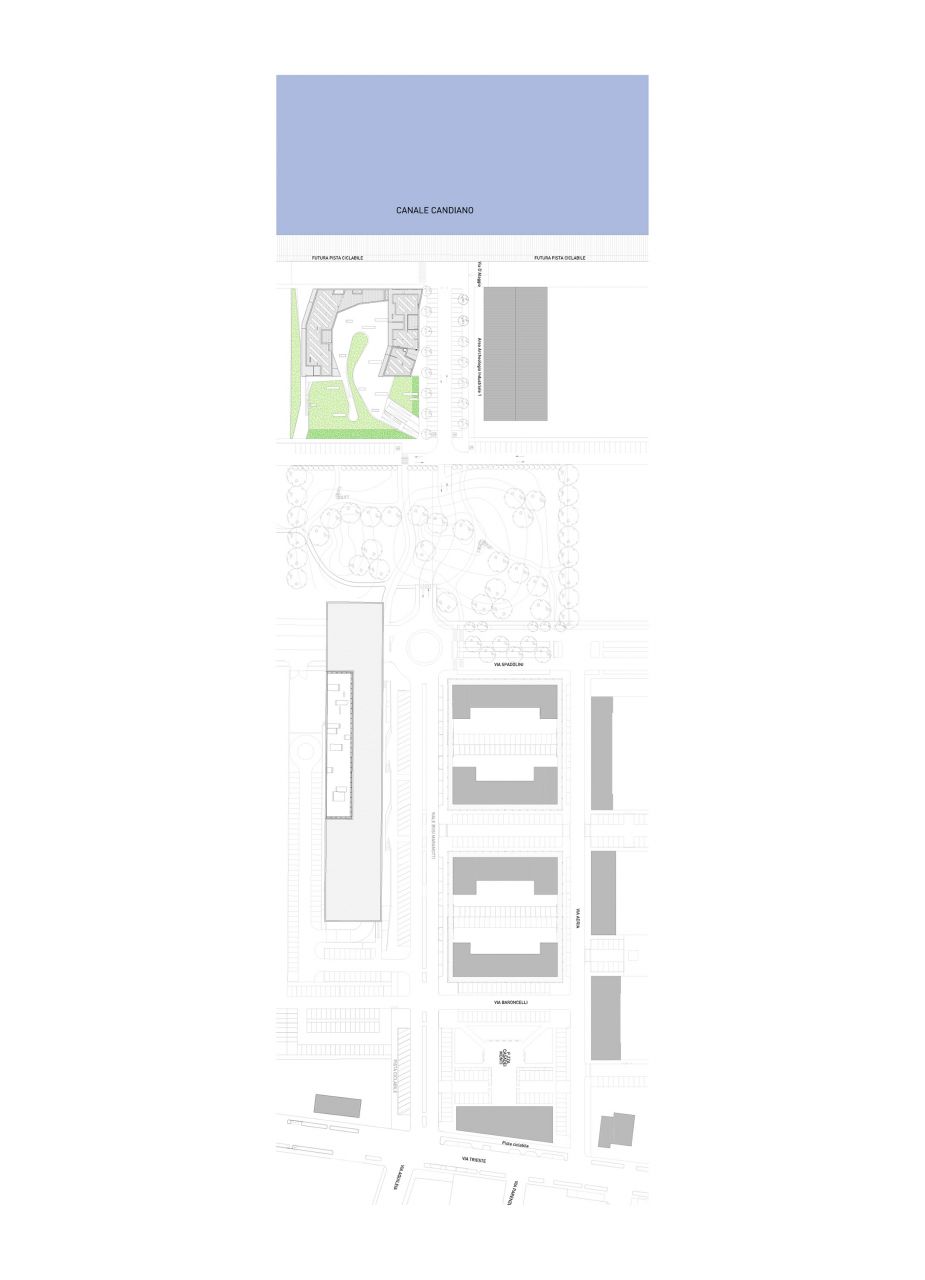 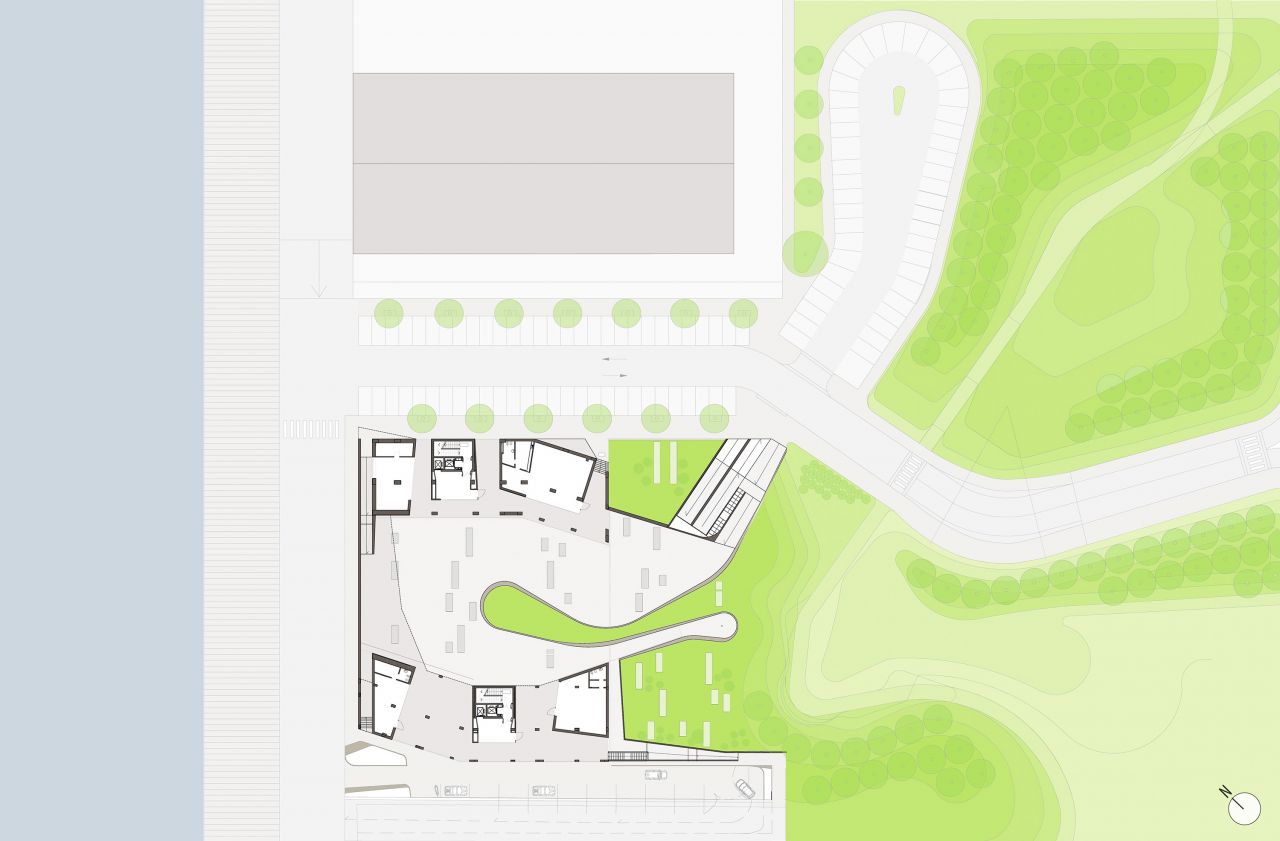 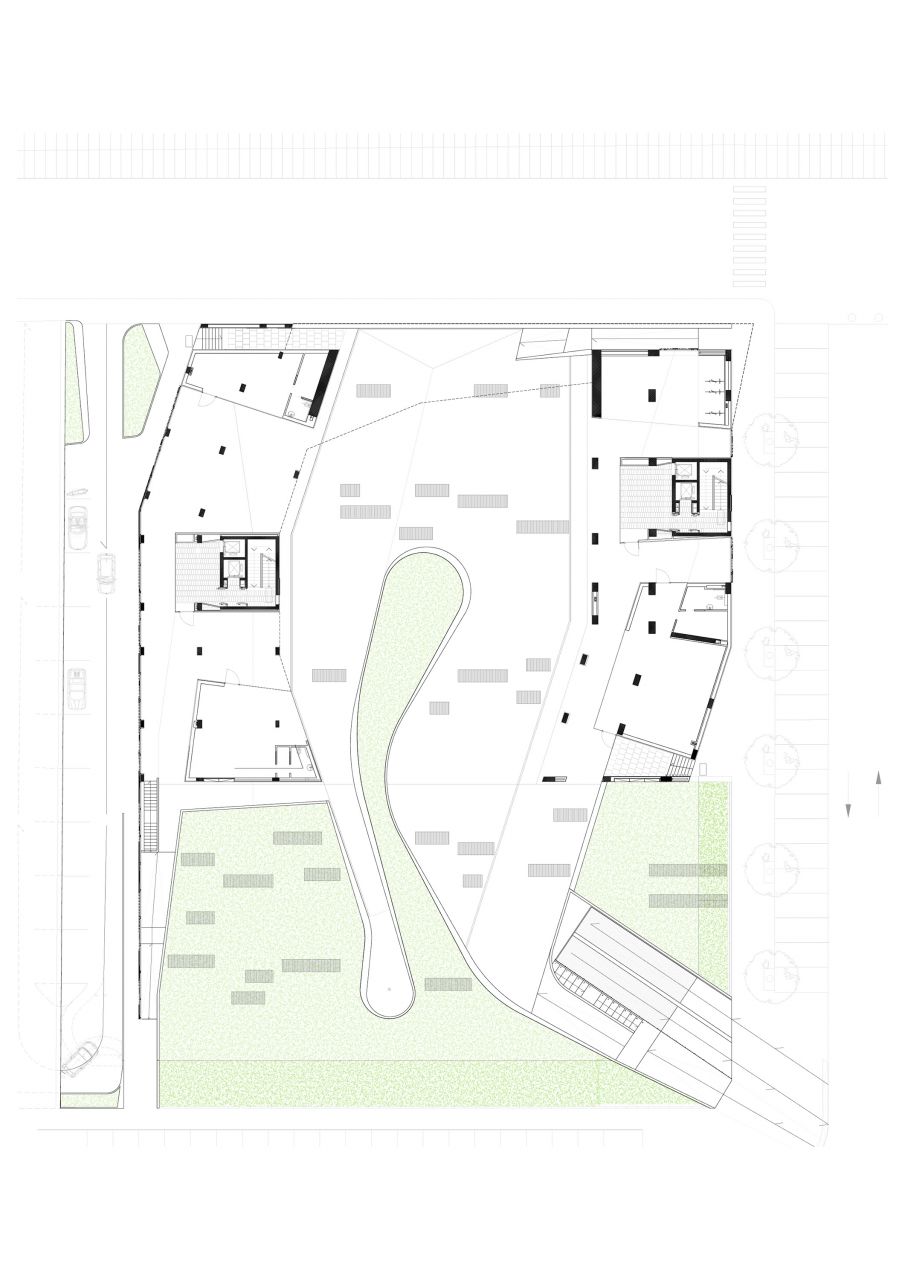 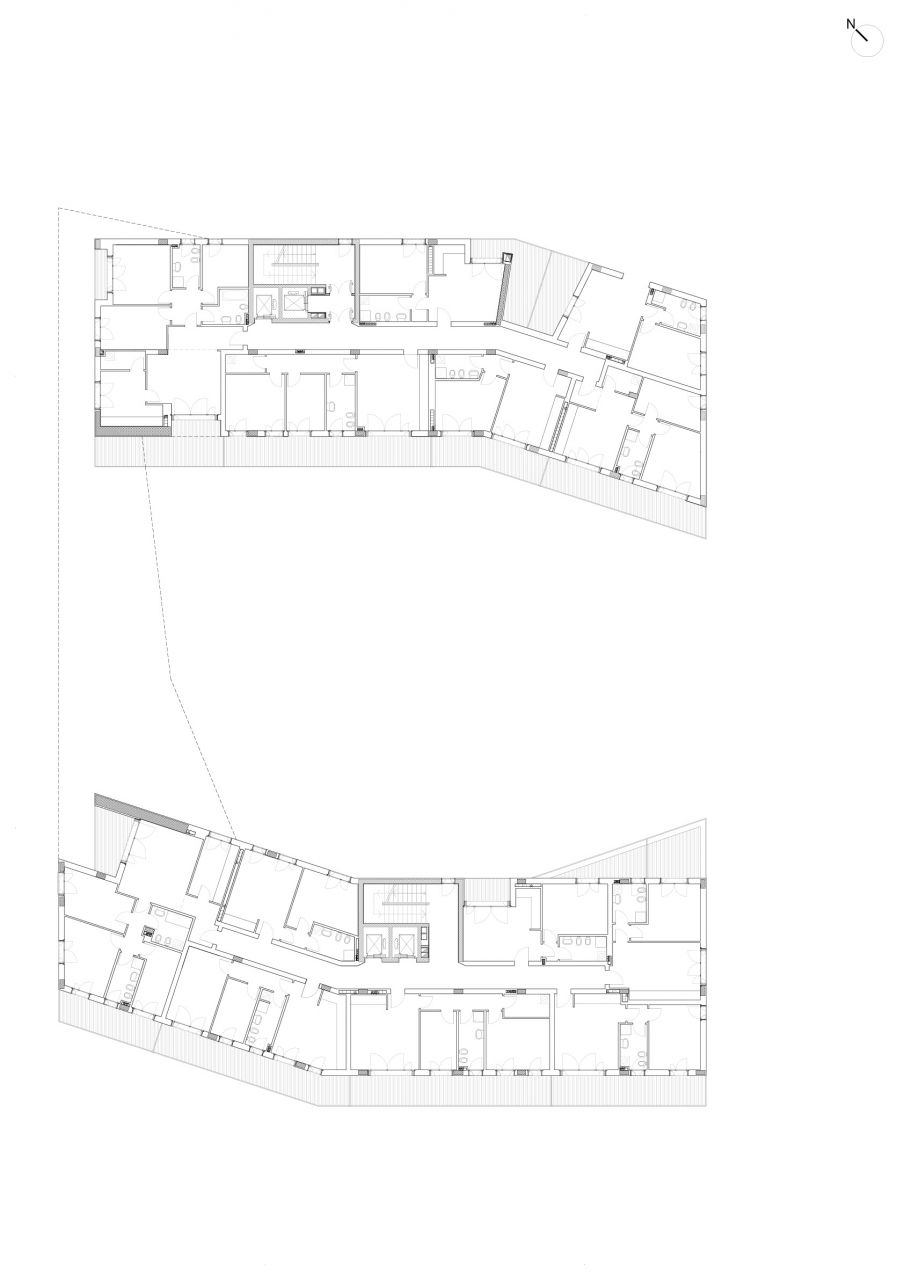 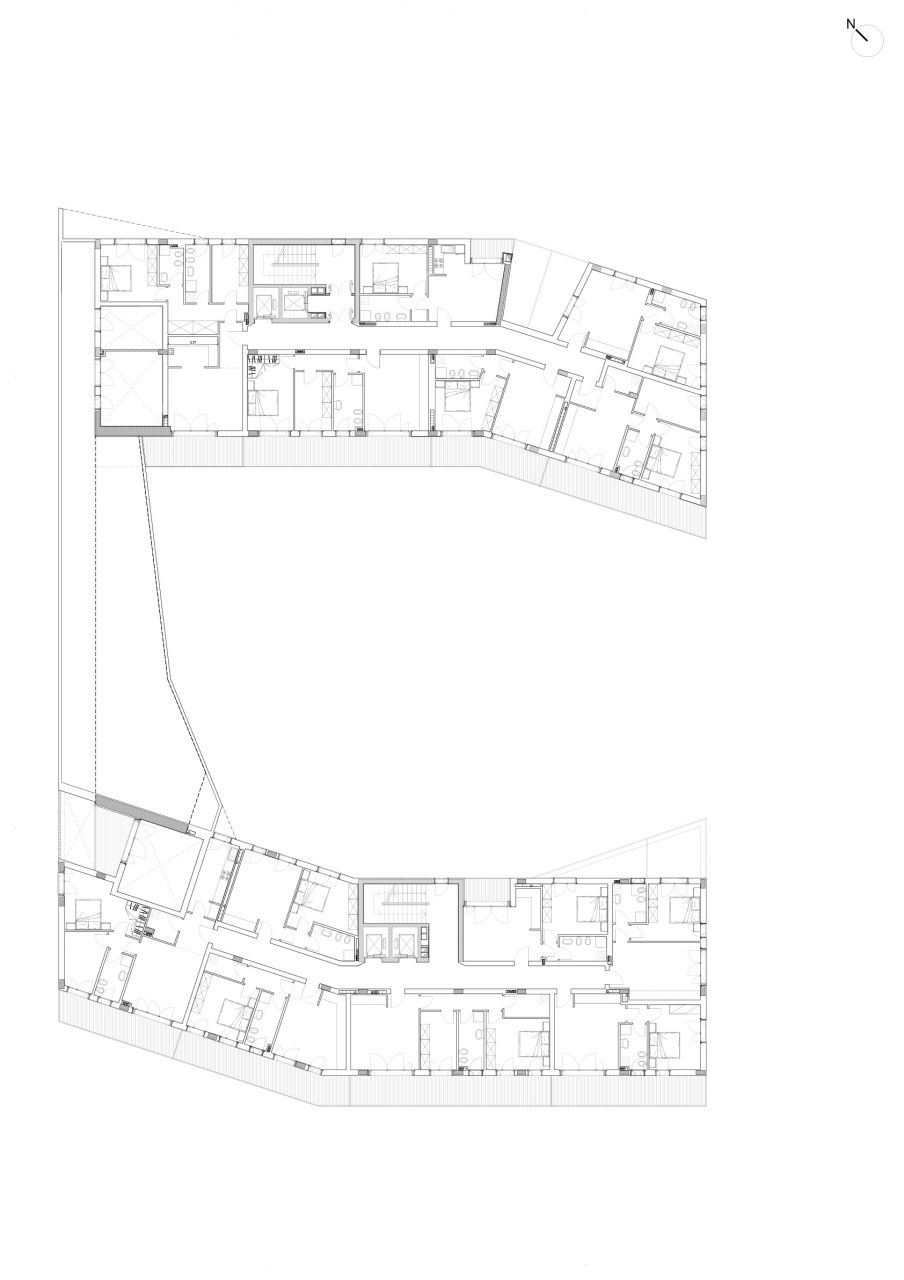 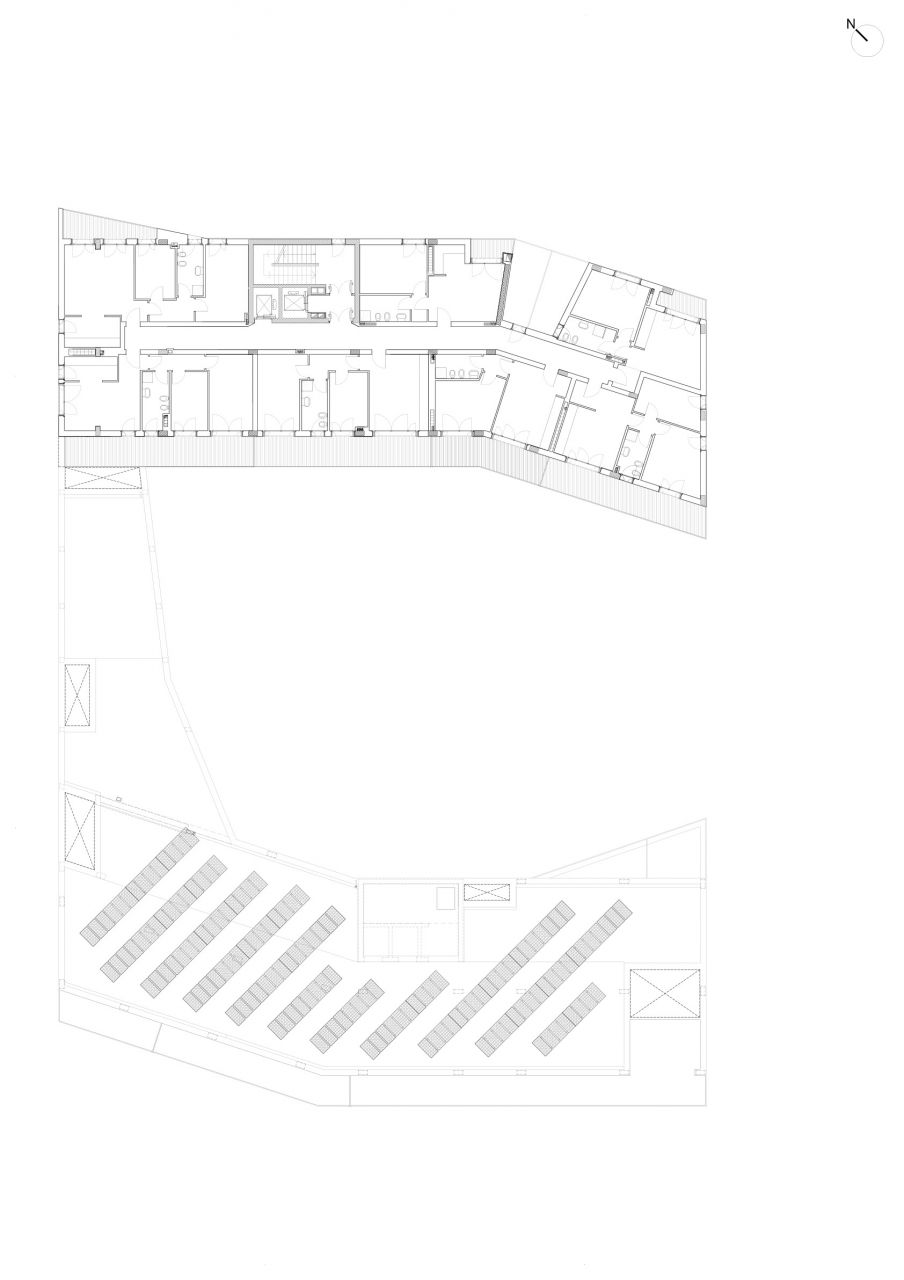 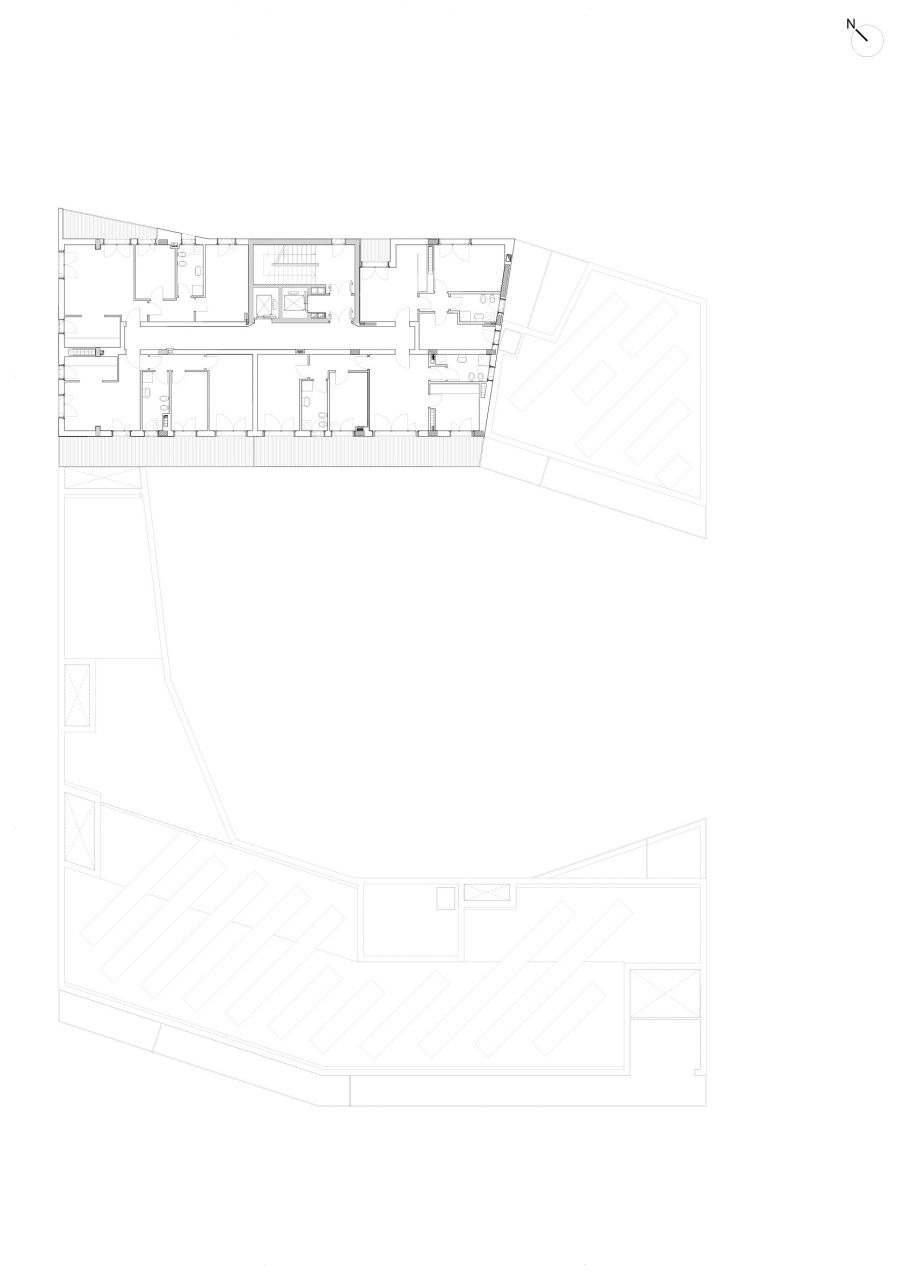