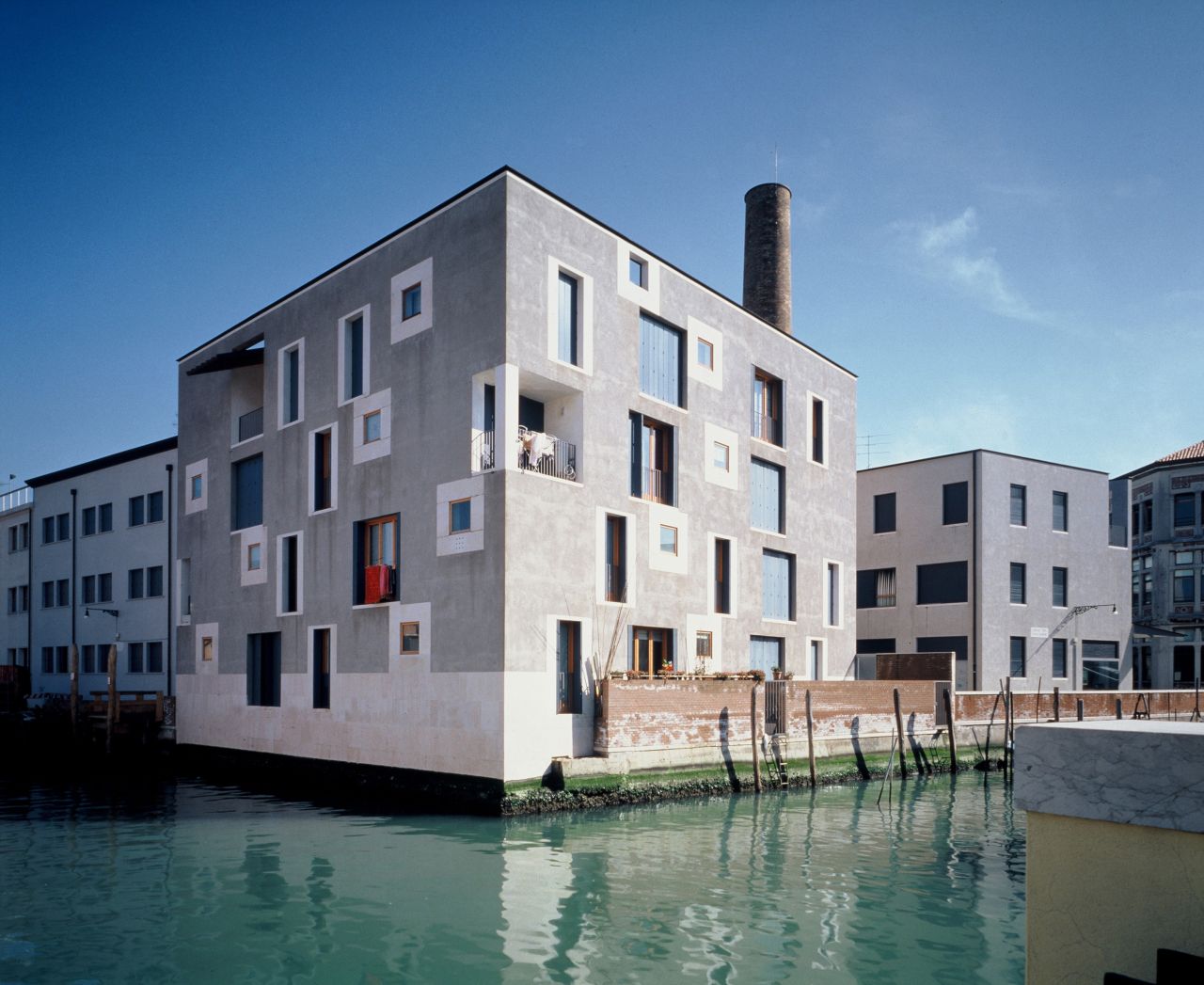 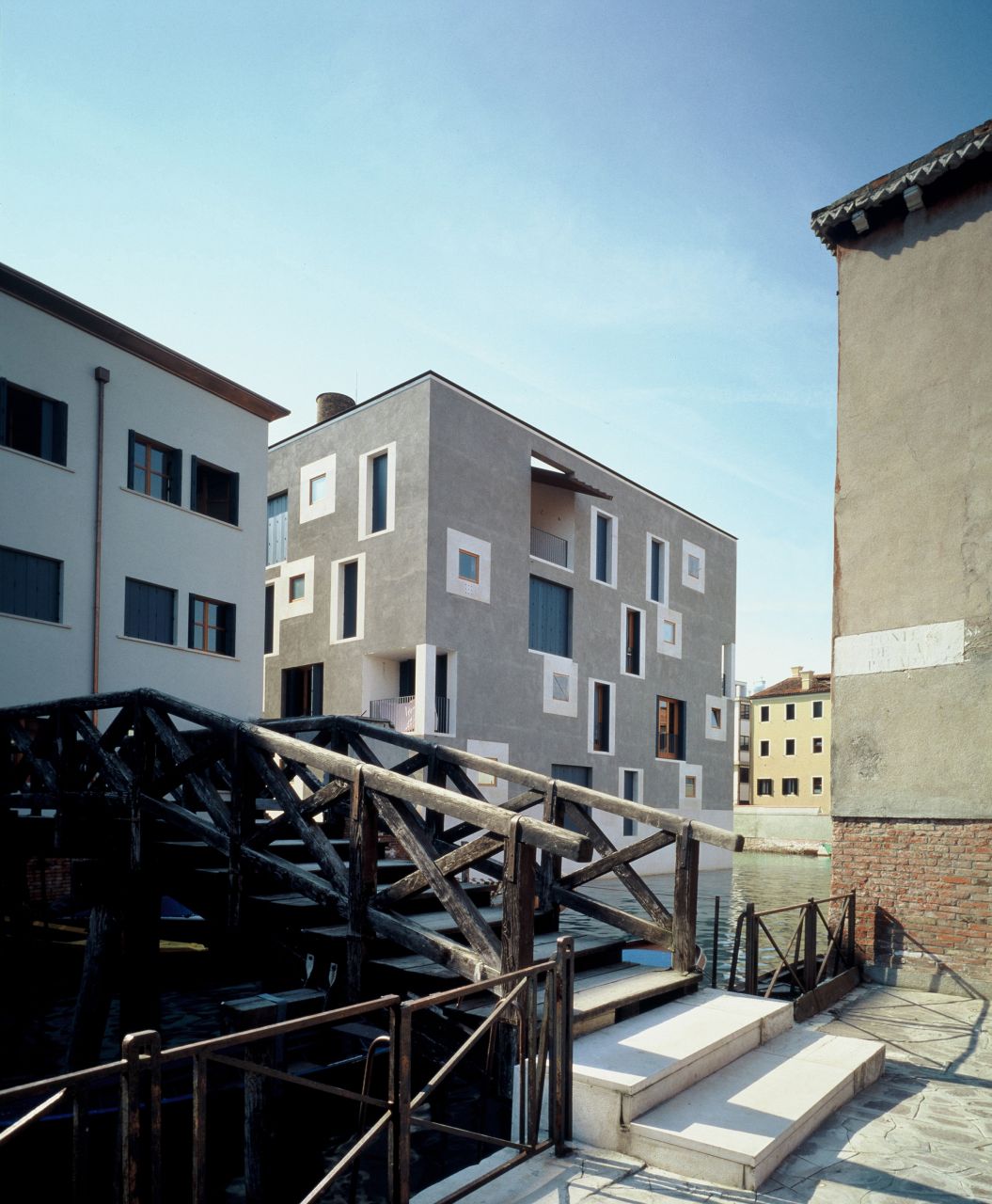 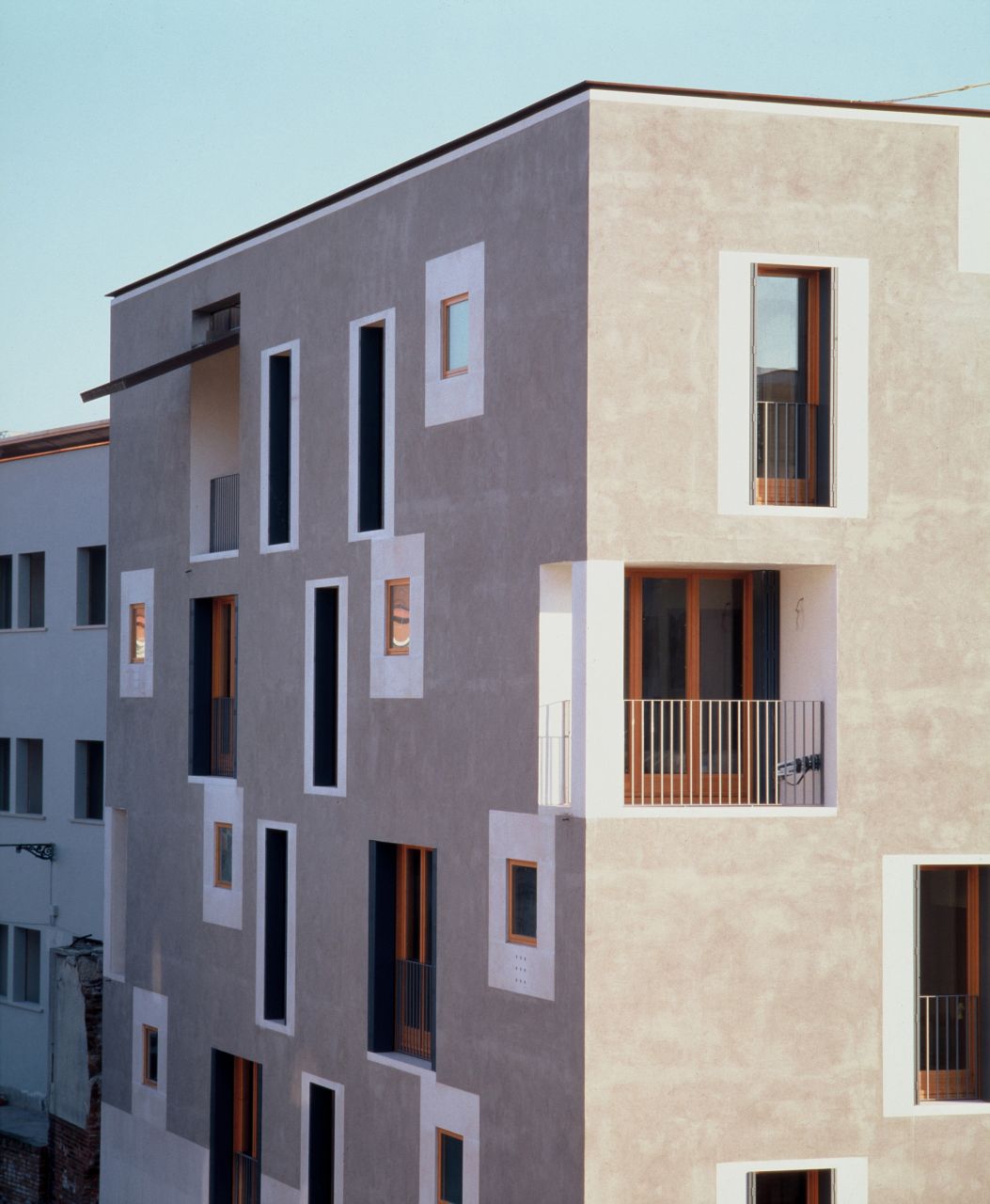 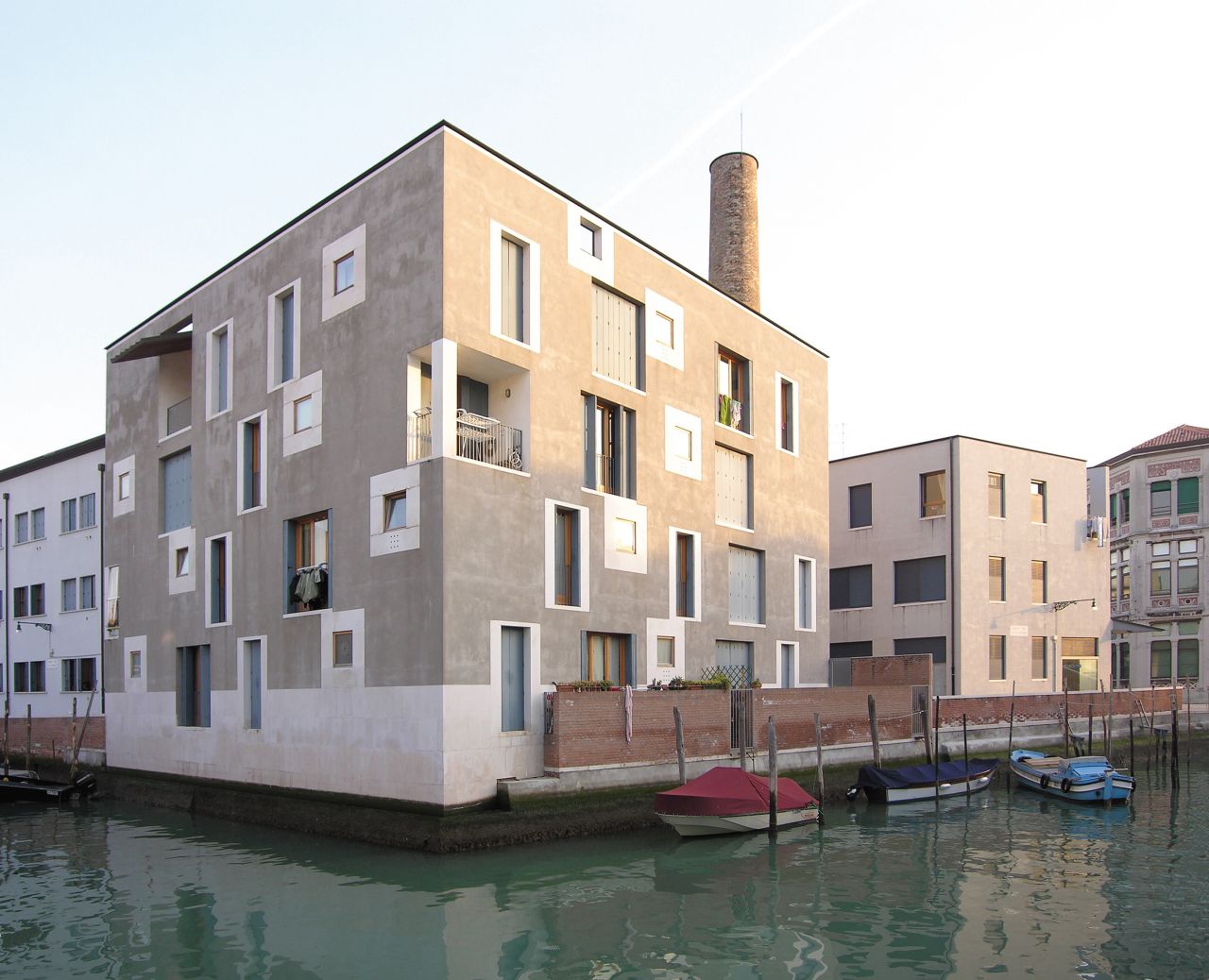 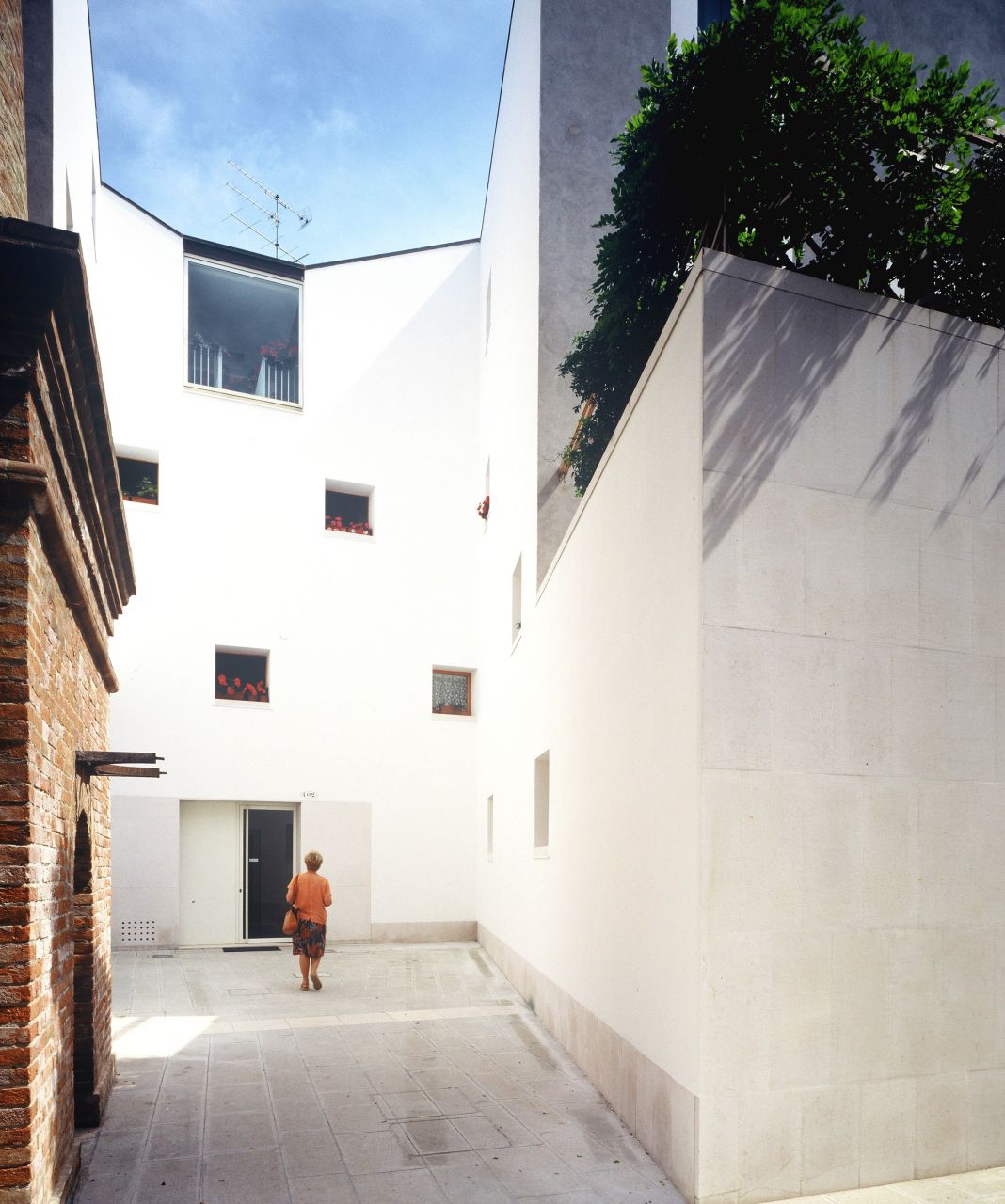 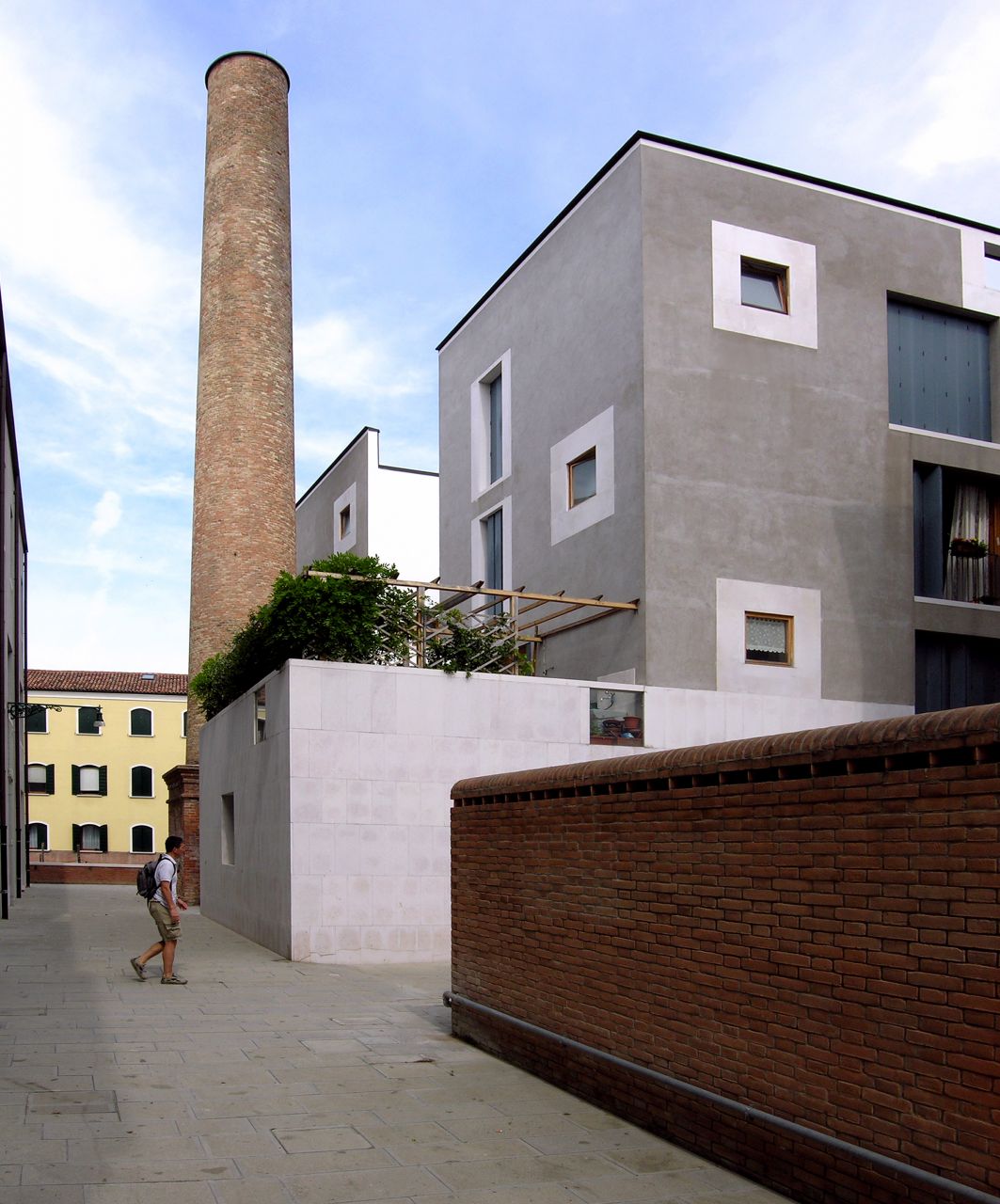 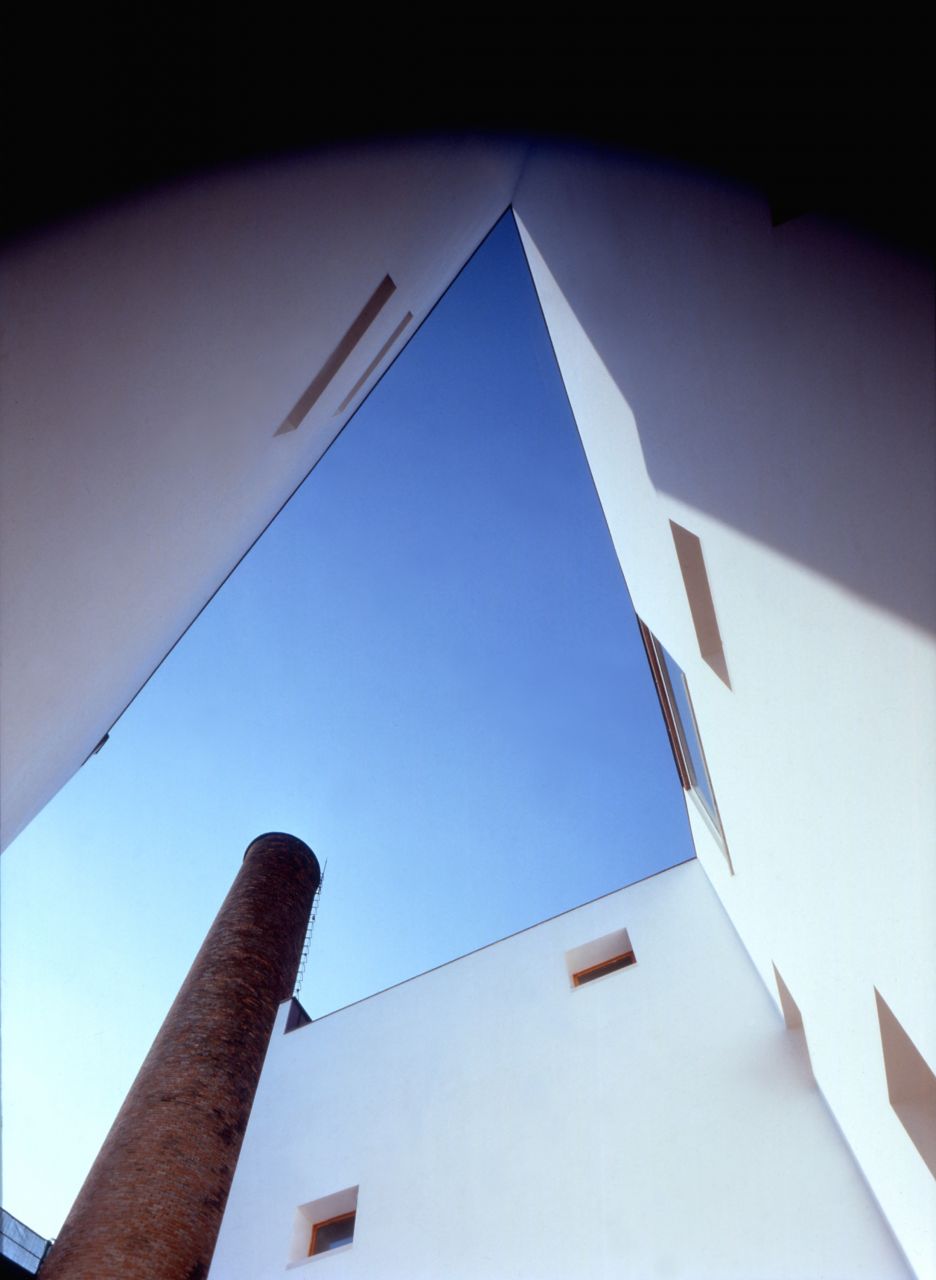 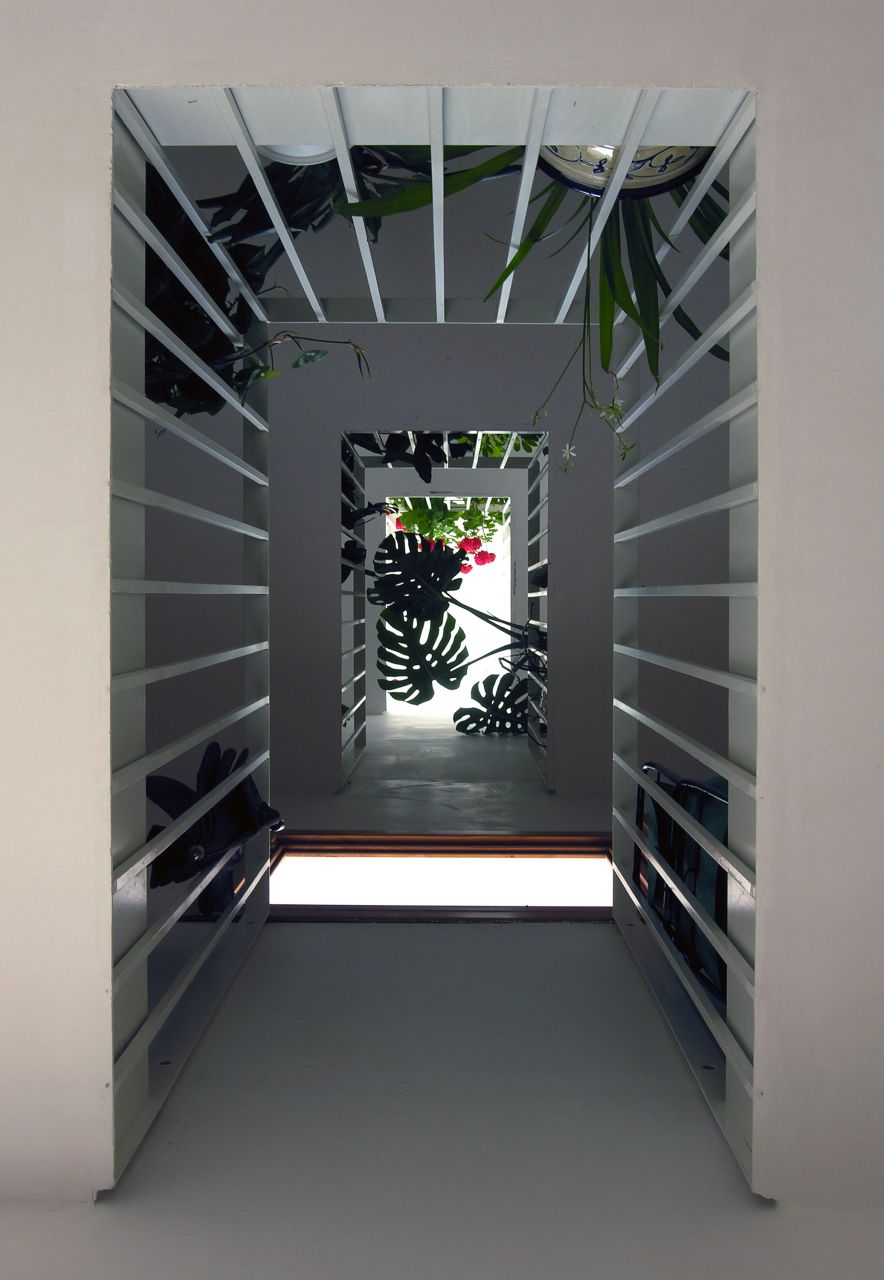 The D building is a new construction which substitutes an utilitarian building on the corner between two canals. An existing brick chimney is integrated in the design as a testimonial of the industrial past.

The cubical mass of the new building is excavated on the south side by a triangular court, an intimate space which leads from the public path to the central core of the vertical distribution. On the ground floor, an extension of the volume on the right wing “embraces” the base of the chimney and guides the pedestrian paths which cross the area.

The building, founded on steel piles, is built in load-bearing masonry and reinforced concrete. Its four floors host sixteen subsidized housing apartments served by a central stair and elevator. The roof is cladded in copper, the exterior façades are plastered with natural grey sand plaster and left unpainted. The inner court and the loggias are finished in white stucco (marmorino). The window sills and lintels and the base cladding are in white Istria stone, the window frames are in hemlock wood and the shutters are in water-resistant plywood painted in a blue-grey colour.

A new architecture in Venice cannot really be “innocent”, pure, content of its own existence: the uniqueness of the city – but more than that the literary and touristic commonplaces which overdubbed its reality, sometimes melting it in a sentimental pastiche – requires “oblique” strategies. If the materials and the technical solutions of the building are very traditional, the details of their use reveal the impossibility of an historicist replica.

The façades have only three kinds of window openings; their irregular disposition follows the varying floor plans of the apartments, and is arranged to maximize the views toward the Redentore apse, the canals, the Laguna; but the result of the window pattern on the façades could also be read as a hyper-reactive reply to the contemporary need of “picturesqueness” which substituted the natural process of additions and modifications of the city over time.

The crowning of the perimeter walls hides the gable roof required by the local prescriptions, reconducting the volume to an abstract image which is doubled by the reflection in the canal waters; the “wound” of the white-stuccoed courtyard reveals odd intersections with the roof eaves, generating an irregular silhouette which suggest a less formal inner domestic life.

Beside its specific attributes generated by the very constrained technical and economical reality of subsidized housing, the project is trying to establish a contemporary attitude toward our urban landscape, which treasures the spatial and formal innovations of the Modern Movement without being trapped into its Sachlichkeit moralisms. Walter Benjamin prophetically understood the complex relationships between “high-brow” and “popular” culture in the age of technical reproduction; today, we wonder over the possibilities of contemporary architecture to employ the resonances of the well-known and the banal without falling into the pastiches of commercial architecture.

The resistance to urban Kitsch, at least in Venice, cannot take the simple forms of “structural honesty” or adopt fashionable avant-garde attitudes, but forces us to question again the problems of modernity versus permanence, individuality versus the collective artefact of the city. 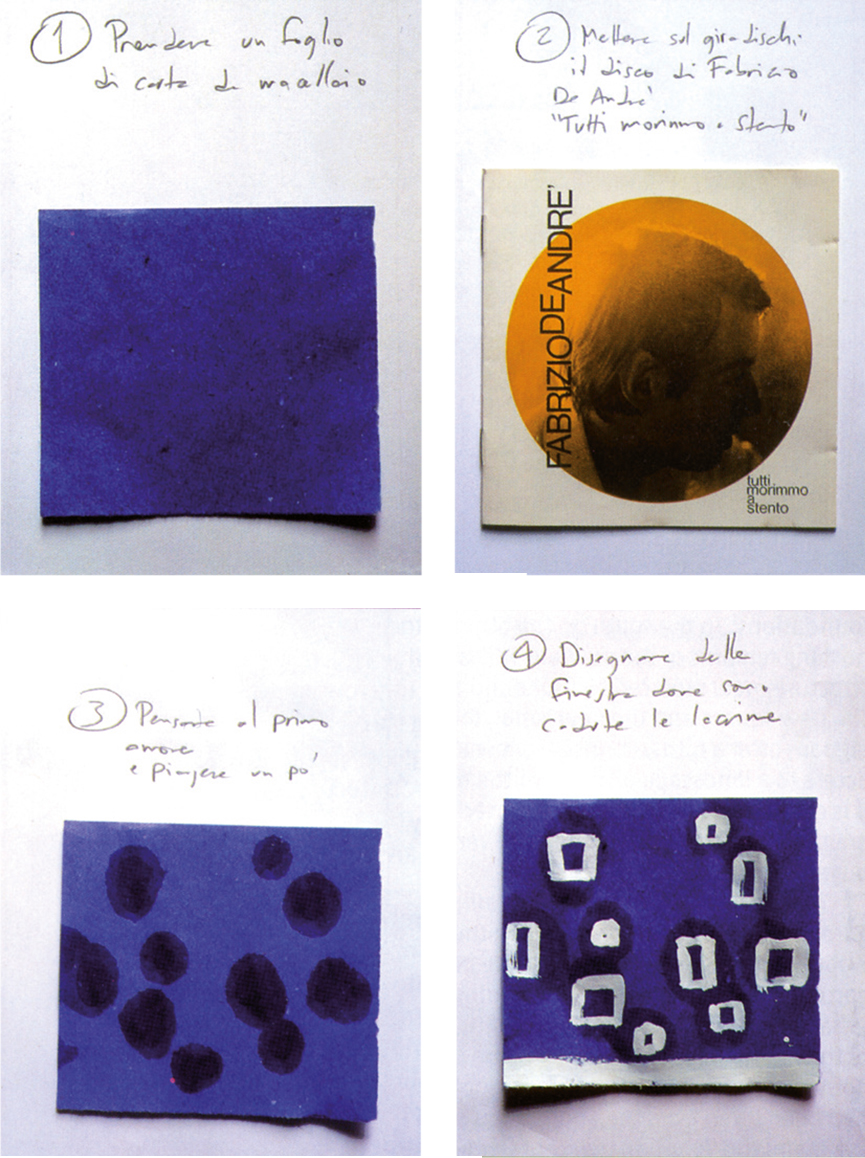 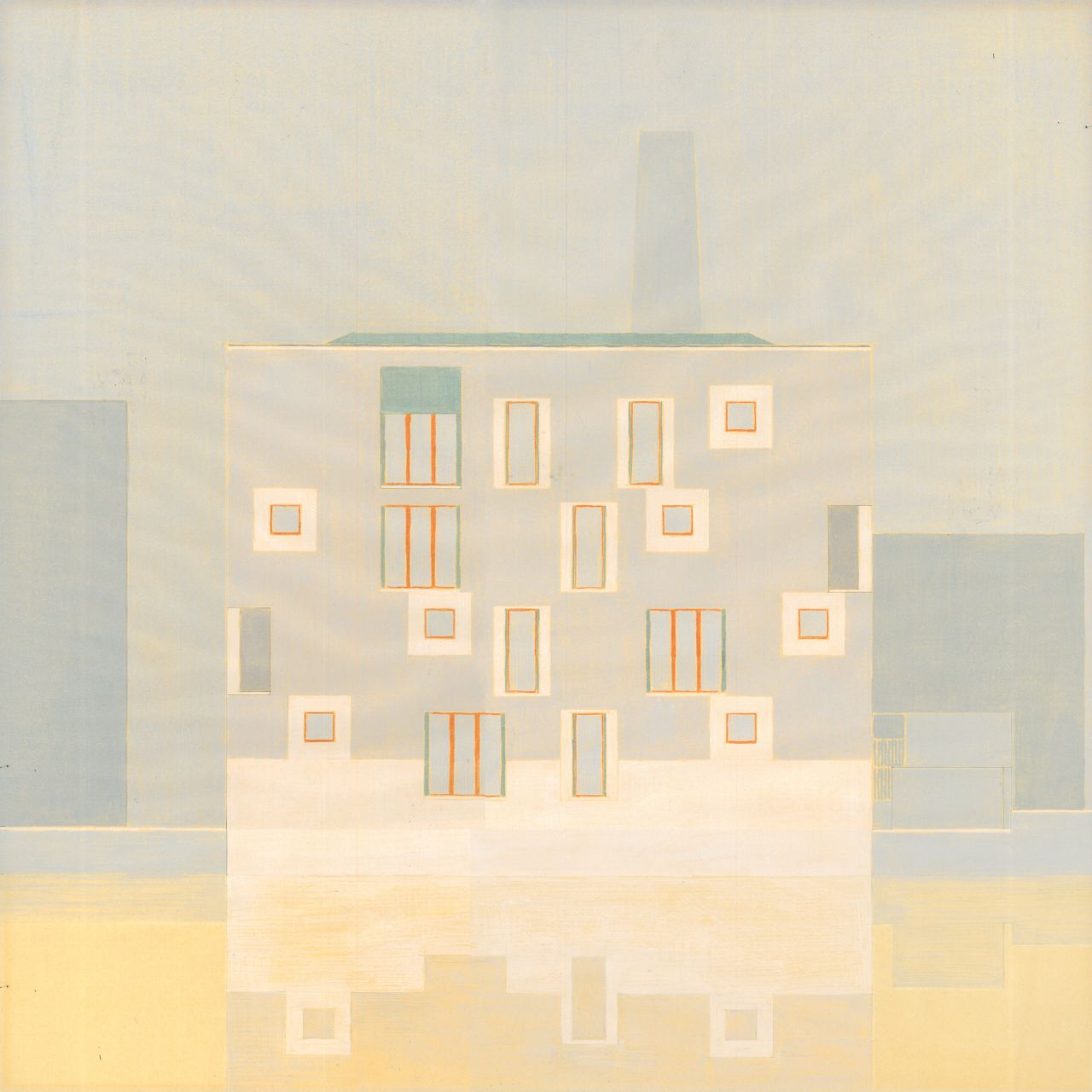 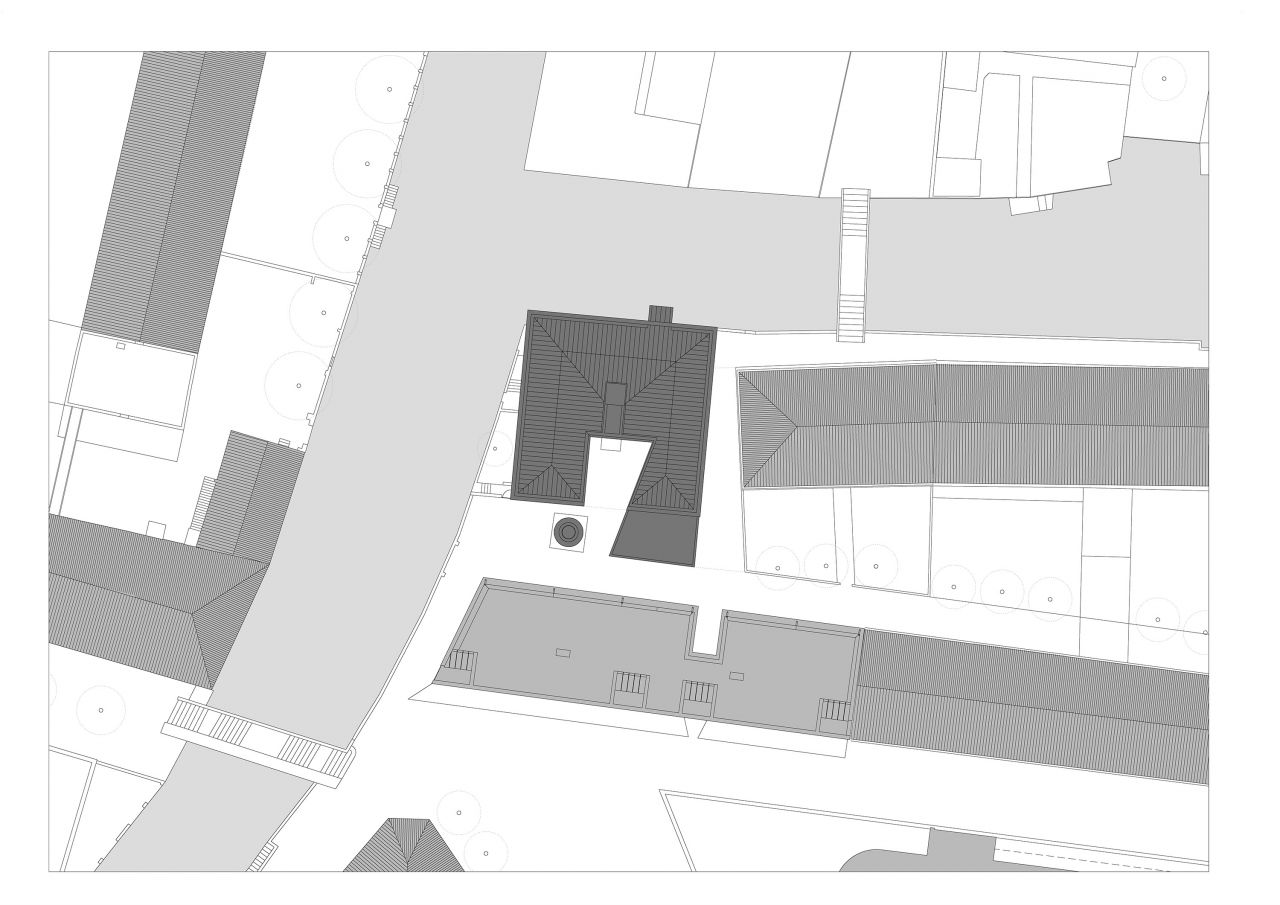 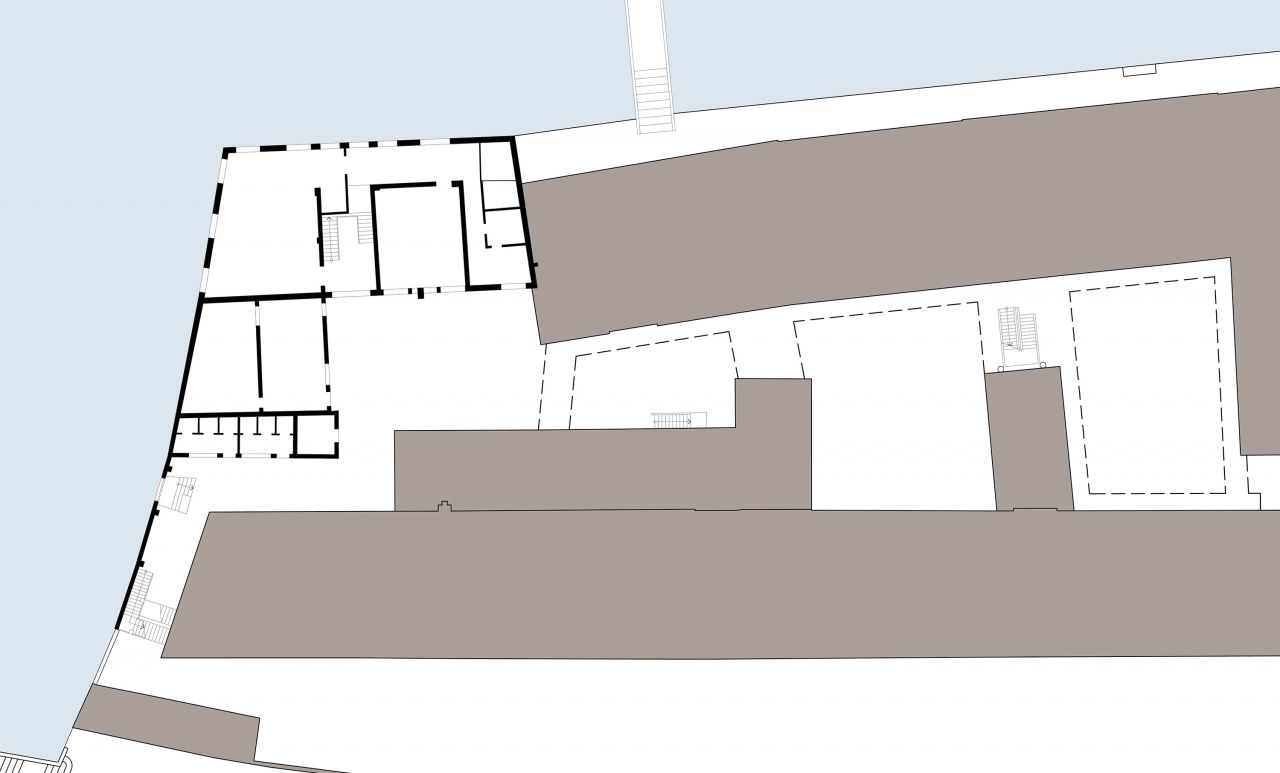 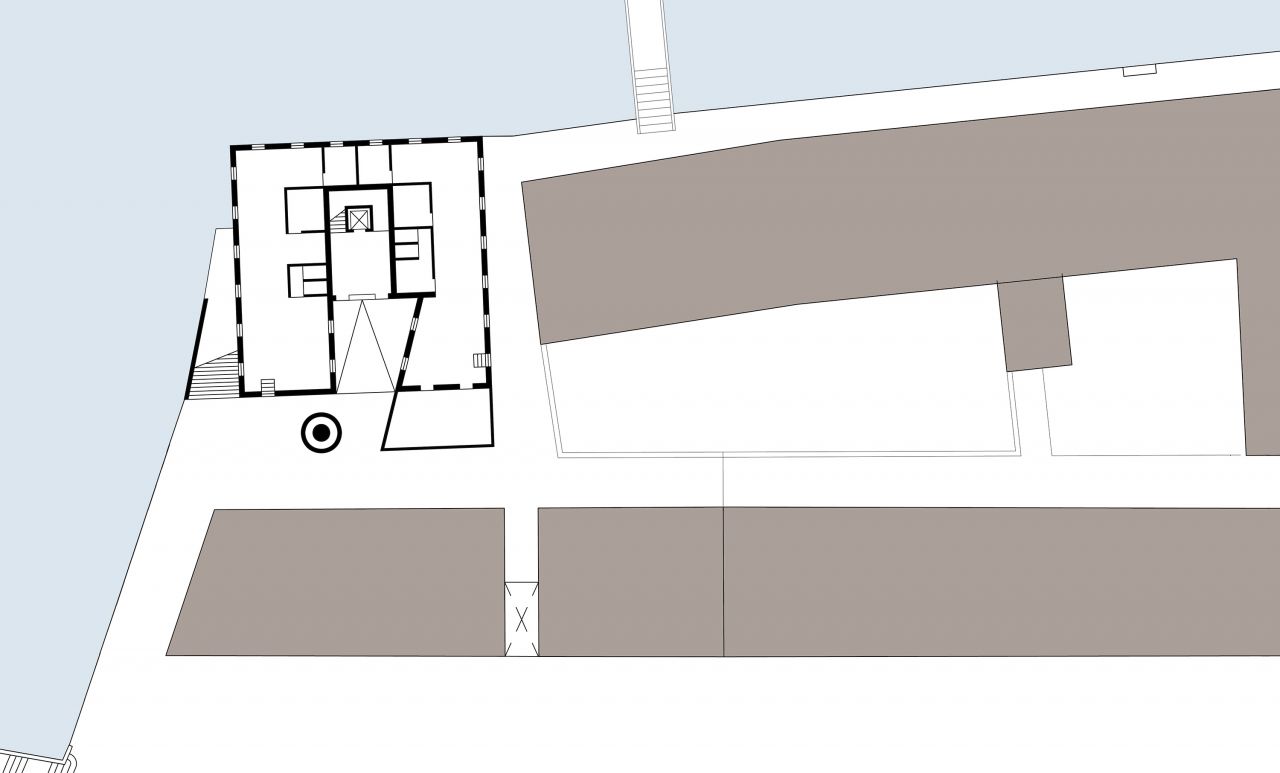 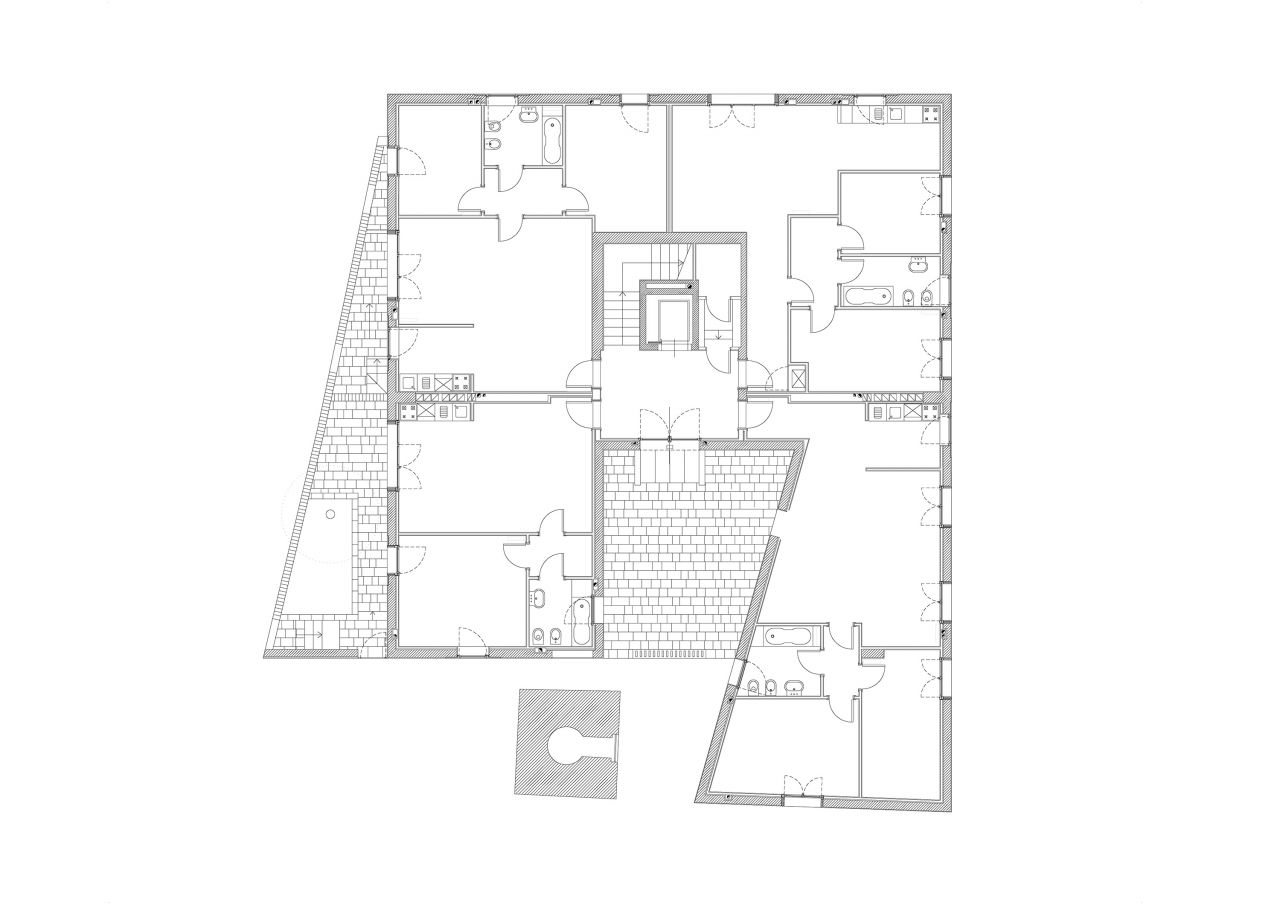 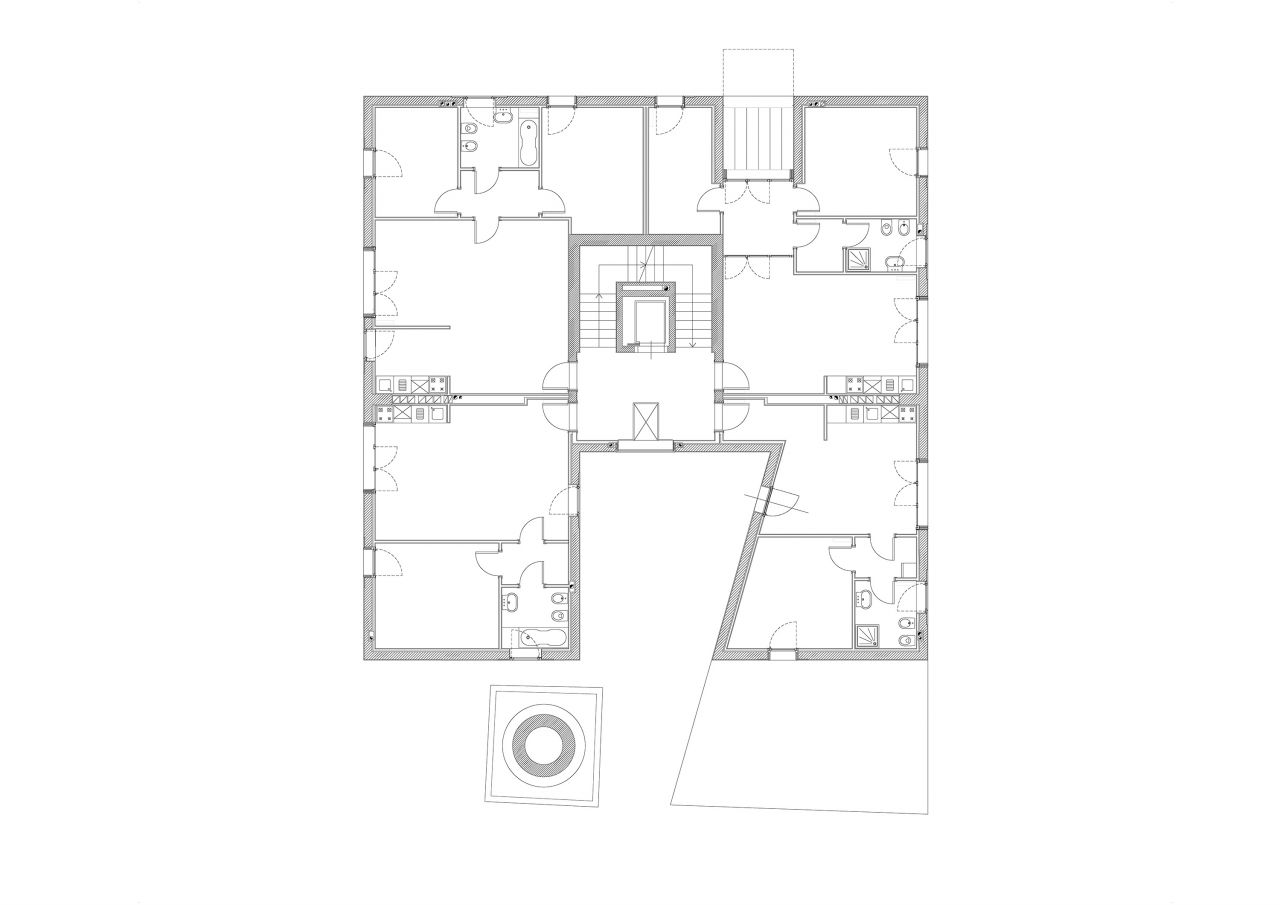 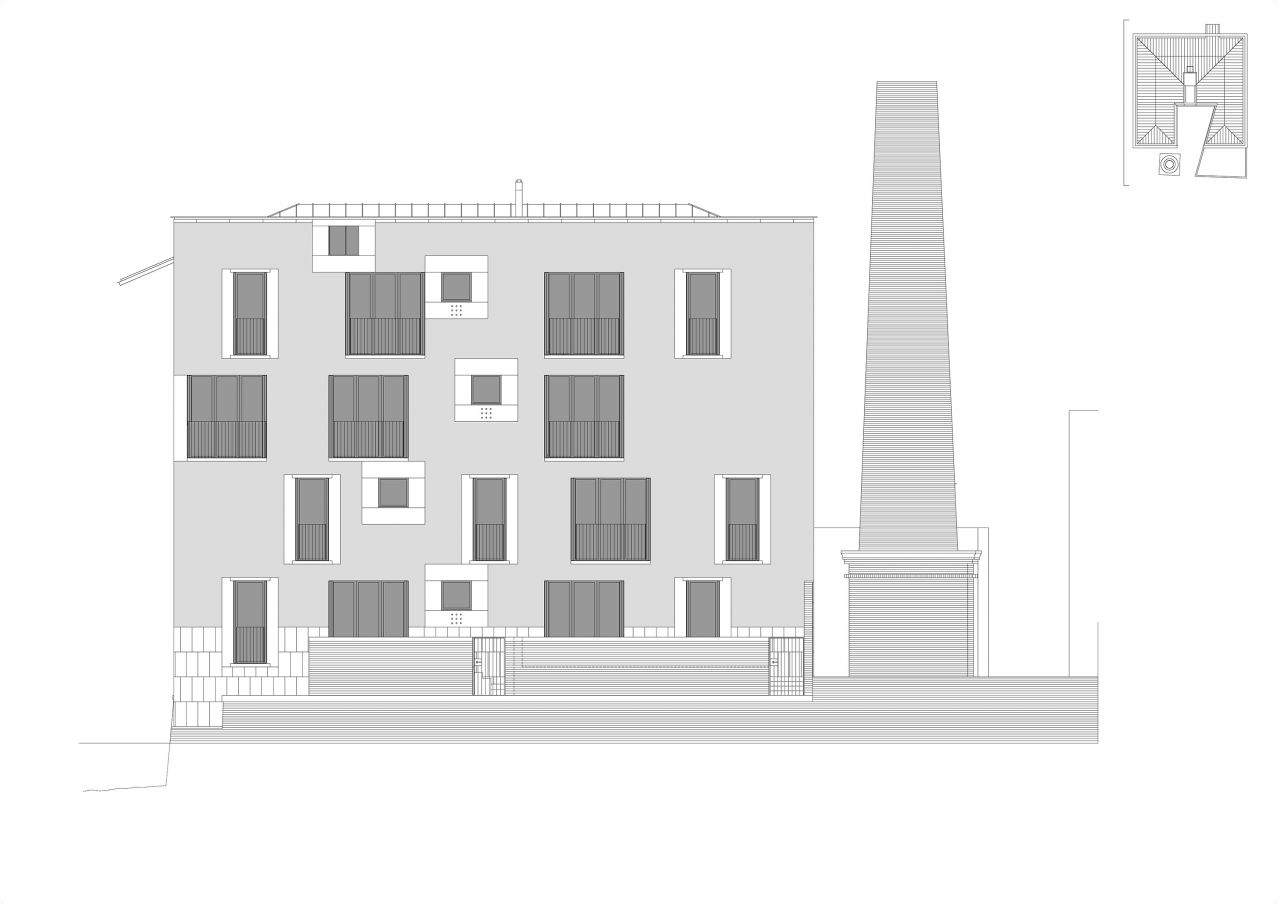 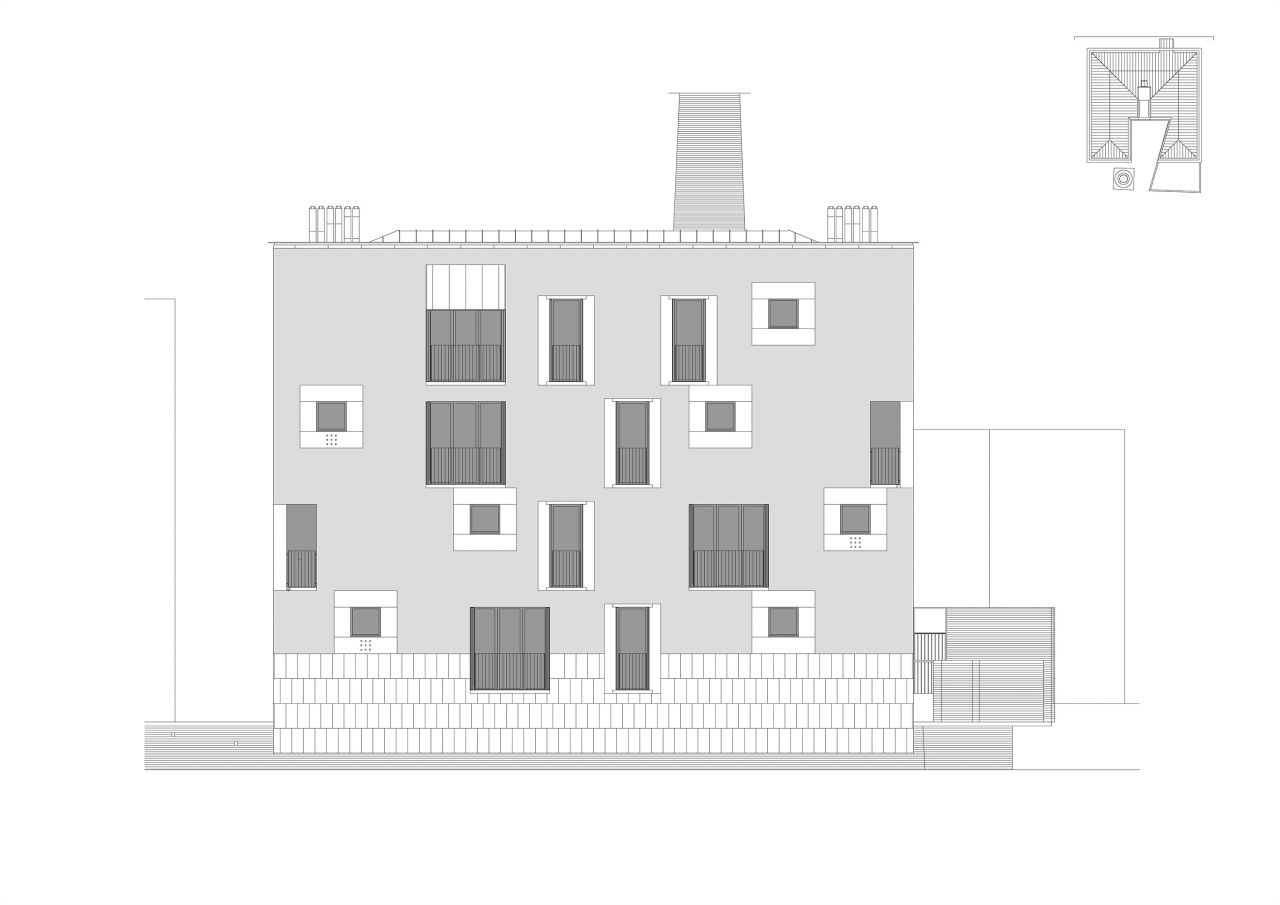 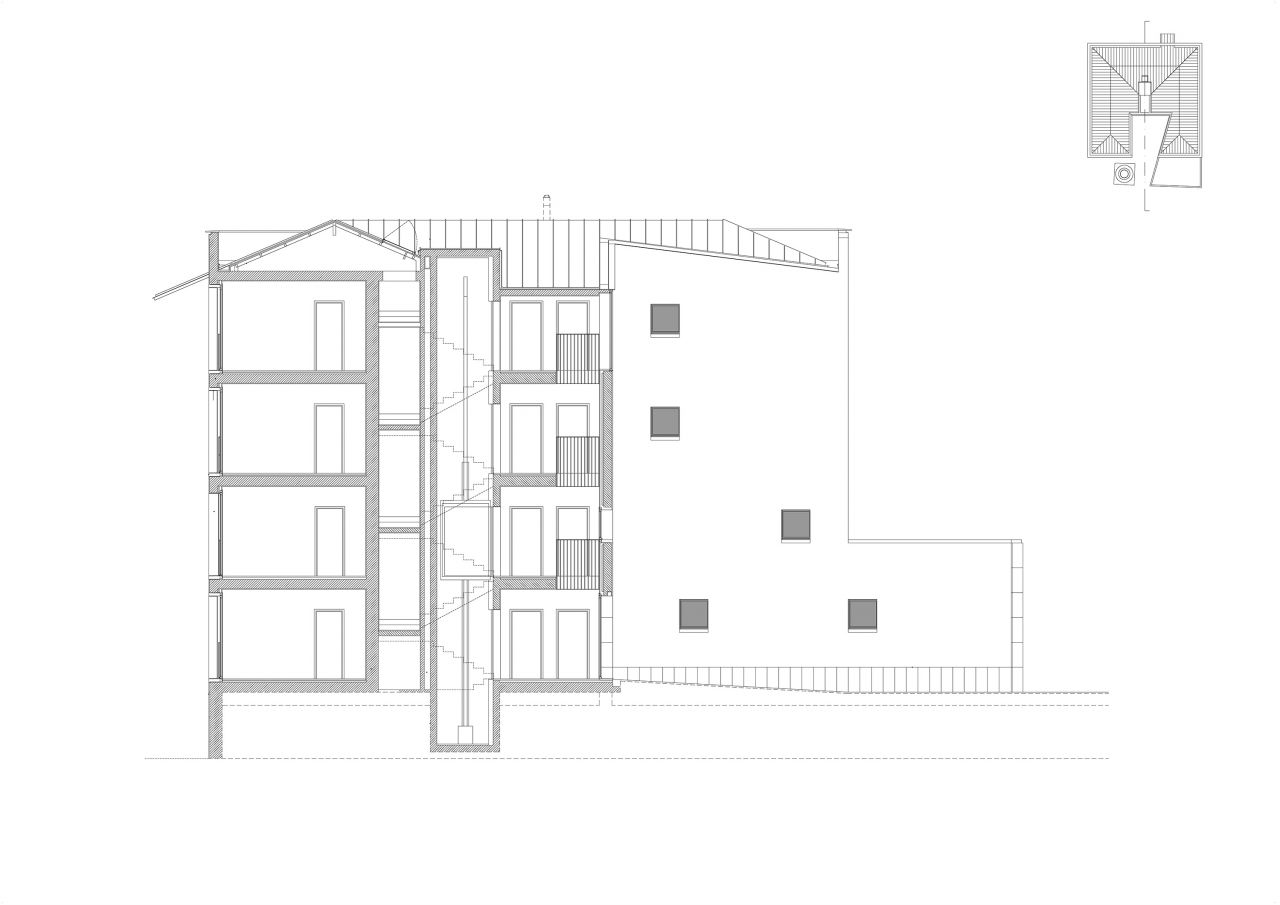